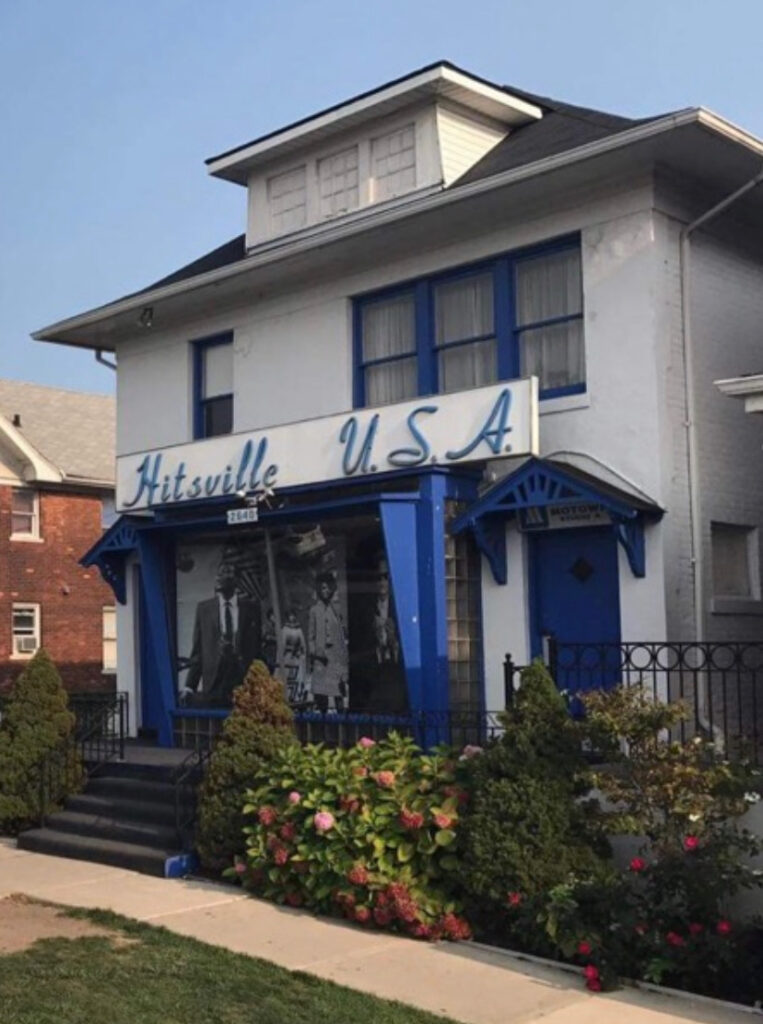 As famed critic and manager Jon Landau told it, the story of Motown boils down to two things: building an empire from an independent record label and creating a genre-defining sound.

“A series of records and a body of music so commanding, so sophisticated, and so fine, as to make Motown a contender for the supreme pop achievement of the last ten years,” he wrote in a 1971 Rolling Stone story.

Founder Berry Gordy would go on to relocate the Motown headquarters from his native Detroit to L.A. one year later. It marked the end of a golden era and a spiritual death for Motown, but that was not the last time people would hear from Motown. Though Gordy sold his ownership in 1988 to MCA, the label is currently the parent company to Quality Control, home to rappers Lil Baby and Migos.

Of course, that’s a highly reductive history. From Gordy’s humble beginnings in 1958 to the move to L.A. and the ultimate demise of Motown as an independent record label, there lies within a voluminous story of creative gold mining, a well-oiled in-house production machine, radio domination, love and politics.

And—by some accounts—abandonment, cheating and coercion.

Not to mention occasional rumors of mafia ties (unfounded rumours, as Gordy claims) surrounding Motown. In a 2011 Independent article, the Motown founder deemed the rumors a manufactured explanation as to how a Black man could find such great success in the ‘60s record business.

A 1994 Chicago Tribune article details three major Motown players who have accused Berry of “cheating artists out of their share:” Mary Wilson of The Supremes, Tony Turner of The Temptations, and journalist and Michael Jackson biographer J. Randy Taraborrelli. Raynoma Gordy Singleton, who was formerly married to Gordy, also accused him of pressuring her to remove her name from Motown legal records.

However, The Temptations did return to Gordy and the label after leaving Motown for a brief stint. “You don’t come back to a company that’s cheating you,” said Gordy.

But because the narrative of Motown often centers on Gordy and his unparalleled business model, these aspects of the story often lie in the peripherals. It’s well understood that Gordy would not have gotten where he did if not for the artists he worked with. So, how does the Motown story shape up when told through their lens?

The integral impact on popular music from Motown artists like Diana Ross and The Supremes, Marvin Gaye, Stevie Wonder, Martha and The Vandellas, and the Jackson 5 has certainly been archived. There’s not much left unsaid about Gaye’s earth-shattering “What’s Going On.” The Supreme’s unprecedented success gave way to Diana Ross’ cultural ubiquity. Stevie Wonder is—well, he’s Stevie Wonder.

And the star-studded Motown roster doesn’t stop there: Smokey Robinson and the Miracles, Lionel Richie and The Commodores, The Four Tops, The Marvelettes, The Temptations. It’s an overwhelmingly deep list of upper-echelon artists; it’s hard to know where to start.

A good place might be with the songwriting team behind a bulk of Motown’s heyday hits, Holland-Dozier-Holland, composed of Lamont Dozier and brothers Eddie and Brian Holland. After breaking through in 1963 with Martha and The Vandellas’ “Heat Wave,” the HDH team tallied 37 entries onto the US Top 10 in their Motown tenure, which lasted until 1967.

The trio was unstoppable, with Dozier and Brian Holland helming the musical production and Eddie Holland tweaking lyrics and polishing sounds. Though they worked with a plethora of Motown artists, HDH made their most notable contributions when partnered with The Four Tops and The Supremes, in songs like the former’s “Reach Out I’ll Be There” and the latter’s “Stop! In The Name of Love” and “Baby Love.”

But in 1967, HDH split from Motown “​​amid a royalties dispute, prompting decades of litigation with Gordy,” per the Detroit Free Press. The team went on to form their own record label and find little success. Motown, on the other hand, was nowhere near the end of its fortune.

That same year, Gordy changed the stage name of Motown’s premier girl group, The Supremes, which included Diana Ross, Mary Wilson and Florence Ballard (until she was replaced by Cindy Birdsong in ‘67). Instead, they were to be billed as Diana Ross and The Supremes. Gordy announced this at L.A.’s Central Plaza Hotel, per Douglas Wolk in Red Bull Music Academy.

In a way, this move was symbolic: Gordy aimed to conquer Hollywood with Diana Ross as his star singer/actress. Diana Ross and The Supremes disbanded three years later, and by 1971, Ross had her own TV show under Motown Productions, Inc. Now a solo artist, Ross’s ascent concluded the trio’s chapter. Per History.com, that chapter “included a Gordy-inspired name change for the group; a Gordy-mandated buffing and polishing in Motown’s in-house finishing school; and, eventually, a Gordy-dictated elevation of Diana over her childhood friends, Flo and Mary.”

“Diane always liked to be the center of attraction,” Wilson said to the New York Times. “If you happened to be in her way while she was going toward the center, that was your fault.”

While stardom may have always been in the cards for Ross, she received preferential treatment from Gordy, who was romantically involved with her.

In addition to Ross’ hunger for stardom, Gordy’s favoritism towards the bandleader contributed to the Supremes’ split. “The higher we ascended, the more Diana wanted for herself,” Wilson wrote in her 2000 memoir. “She began dating Berry, and whenever she was unhappy about something, she would let him know.”

In 1981, Ross left Motown for RCA—the same corporation that would eventually buy out Gordy—in a staggeringly expensive record deal.

Along with her, another Motown artist that remained after Gordy’s L.A. relocation was Marvin Gaye. While he and Gordy didn’t get entangled in contractual disputes, they did butt heads over something else: the release of the title track to “What’s Going On.”

“Put it out or I’ll never record for you again,” said Gaye to Gordy, per a 2021 Independent article.

Gaye, inflicted by the national turmoil of the times—including the Vietnam war, widespread unemployment, poverty and police brutality—found himself at odds with the apolitical Gordy. The label’s boss thought he was “absolutely insane” to make political commentary, that it “was going to be the biggest fiasco that ever was.”

After a demo of “What’s Going On” was kicked around the recording room, passed up by The Four Tops and even Joan Baez, Gaye got a hold of it and the rest was history.

“Marvin definitely put the finishing touches on it,” said The Four Top’s Renaldo “Obie” Benson. “He made it visual. He absorbed himself to the extent that when you heard the song you could see the people and feel the hurt and pain. We measured him for the suit, and he tailored it.”

The song may have never seen the light of day if it weren’t for Barney Ales, a right-hand-man of Gordy’s. He got a hold of “What’s Going On” and, without Gordy’s knowledge or permission, he pressed 100,000 copies of the single and sent them out to radio stations. Gaye was right and Gordy was wrong, as it turned out; “What’s Going On” was a hit, lo and behold.

But that wasn’t the end of the pair’s rivalry. After the success of the single, Gordy bet Gaye that he couldn’t write and record the ensuing album in 30 days. Despite dealing with an increasing drug addiction and the loss of his recording partner, Tammi Terrell, to brain cancer, Gaye was able to meet the deadline.

“What’s Going On” became one of the most critically revered albums of all time. But in 1981, Gaye was killed by his father, seven years before Gordy sold Motown.

Just as the business entity Motown remains an impactful force to date, so do the works created in Motown’s heyday by artists like Gaye, The Supremes and beyond. If the Motown story is not told with respect to them, as well as Gordy’s great achievements, it’s not the story in its entirety.

Regardless of what went on behind closed doors between Gordy and his artists, without them, Motown would never have become such a historical feat.