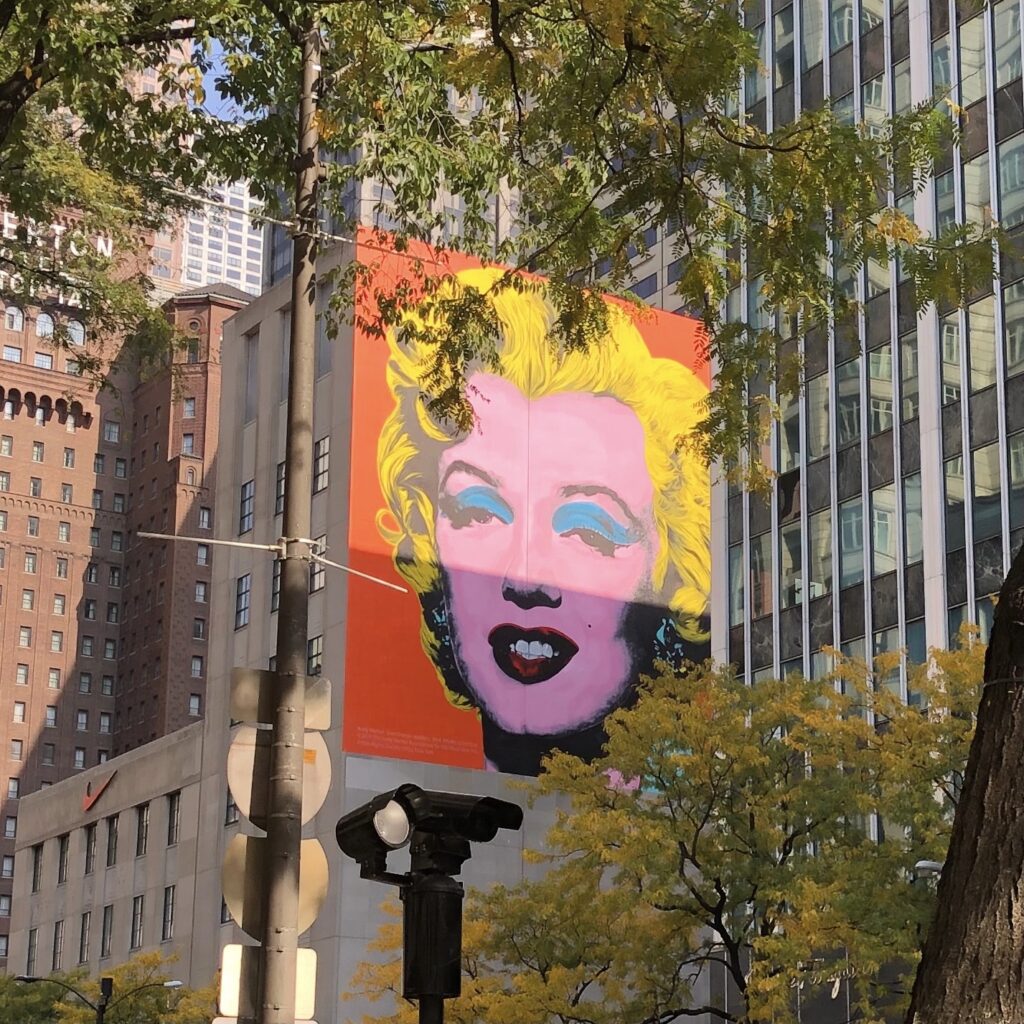 There are countless factors that greatly affect people’s perception of society. Many of these are so deeply ingrained in everyday media they can be hard to recognize. As such, their unconscious presence continues to subtly manipulate the world. In order to fix this and move forward, it is important to expose these things and actively work to implement new and improved standards.

One of the most influential elements of today’s society is a concept that is known as the male gaze. While this comes up mostly in film theory, it can easily be related to almost anything that exists in an artistic medium. At its core, the male gaze refers to how the majority of cinema is created by men, from the perspective of men and for a primary audience of men. In doing so, it actively objectifies women and reaffirms the power of the patriarchy.

The topic of the male gaze was first introduced by filmmaker Laura Mulvey in her 1975 essay, “Visual Pleasure and Narrative Cinema.” In it, she establishes it as a feminist film theory and adds that Hollywood movies are filmed in ways that satisfy masculine scopophilia (a male’s love of looking). The male gaze also refers to the female characters not getting their own narrative arcs since their sole purpose is usually to propel the journey of the main male protagonist.

This is an aspect of the male gaze that many people recognize. In fact, there are even established methods commonly used to identify the narrative evidence of the male gaze. One of these methods is called the Bechdel Test. This test was created by cartoonist Alison Bechdel in 1985 as a response to the lack of female representation in movies. It refers to three simple criteria questions that most movies fail: Is there more than one female character? Do they talk to each other? Do they talk to each other about something other than a man?

Another well known method is the “Woman in the Fridge” trope. Here, male gaze is indicated when a woman’s suffering or death is used to kickstart or further drive the male protagonist’s storyline. The term originated from a Green Lantern comic, in which his partner’s only purpose was to be killed and stuffed in a refrigerator for him to find.

With all of that in mind, the male gaze becomes shockingly easy to recognize, especially when you consider that the camera itself acts as a man. Just think about it: How many shots have you seen in movies that start from a woman’s feet and slowly pan up her entire body? How many slow motion bikini scenes have you witnessed? Who is most clearly exposed during sex scenes?

It all comes down to the way women are shown to only have use as sexual objects. For example, in “Fast Five,” Gal Gadot entices a villain by sitting on his lap in a bikini in order to get him to touch her. As a further reminder of the male gaze, viewers are even treated to a close-up shot of her butt as she’s groped. But hey, at least it wasn’t for nothing. She got those finger prints her team needed, so mission accomplished! What would they have done without her smokin’ bod?

Different types of women are shown in different lights as well. One of the most recognizable female character tropes is that of the “Blonde Bimbo” or sometimes the “Blonde Bombshell.” In every movie she was in, Marilyn Monroe embodied this role. She was conventionally attractive, sexualized by way of revealing clothing and heavy makeup and was charmingly naive. The “dumb blonde” stereotype also stems from these portrayals.

Some of the women depicted as existing purely for sex appeal have become so infamous that their actors end up being typecast and as a result, struggle to land roles as anything else. A great example of this is with Megan Fox. She’s most well known for her appearance in the Michael Bay “Transformers” franchise, where she plays … a sexy woman. While her character’s backstory is compelling, it’s overlooked and disregarded because it’s irrelevant information in comparison to her physical features.

Along with this, there was much controversy when it came to how the movie “Jennifer’s Body” (2009) was advertised. Due to her reception in the “Transformers” franchise, the film was marketed entirely off of Fox’s sex appeal toward men. When the male gaze audience came expecting the usual, they were outraged when it turned out to be the opposite. One of the movie’s central themes was female relationships, and Fox’s character wasn’t even the main protagonist! Due to this marketing failure, the movie was considered a flop at the box office because it didn’t attract its true audience, which should’ve been young women.

Megan Fox, of course, isn’t the only actress who’s known for being objectified. Halle Berry, Angelina Jolie and Michelle Pfeiffer are all examples too. Even cartoon characters aren’t exempt from the male gaze. Think of how disproportionate Jessica Rabbit is and of how one of the most iconic things about Betty Boop is her garter. Consider the recent negative attention that the 2021 remake of “Space Jam” received when the Lola Bunny redesign was unveiled. She is noticeably less curvy than she was in the original, and she’s even wearing a shirt that covers her entire chest! These apparently controversial changes sparked outrage within the male community, who flocked to Twitter to complain about it. All of this backlash was over how unsexy an animal was drawn in a children’s movie.

Of course, the existence of the male gaze is very harmful to viewers who don’t identify as cis, white, heterosexual men. It is especially damaging to young girls, who are unconsciously influenced to become more aware of how they look and how they can or can’t use their physical attractiveness to their advantage. In her article “Taking Back the Male Gaze” on Psychology Today, Dr. Tara Well said, “Over time, as women place more attention on their appearance, they began to internalize this observer view of their bodies as a primary way to think about themselves and end up placing greater value on how they look than how they feel.”

Take the “Ugly Duckling Transformation” trope for example. The girl starts out as being overlooked by everyone because she doesn’t dress in skin tight clothes and (most notably) wears glasses. Then she has a makeover montage and takes her glasses off. In doing so, she becomes the object of male desire and has therefore “improved.” This sends the unfortunate message that girls who have glasses and dress by their own standards are “ugly” and should conform to the way the patriarchy thinks a woman looks best.

As a result, young girls’ self-esteem plummets, and everyday social contexts can trigger their own self-objectification. Things such as ads, fashion magazines and even mirrors all contribute to the misguided understanding that a girl’s only worth is through her appearance. And by extension: her value is based on how she is perceived by men.

With this in mind, it makes sense that the male gaze also strengthens the belief that men are superior in comparison to women. This type of toxic subliminal messaging reinforces bad male behavior toward women. Within the same article, when talking about other psychological costs the male gaze has on women, Well said, “The male gaze plays out most obviously in two main areas: actual interpersonal and social encounters (e.g., catcalls, ‘checking out,’ gazing at women’s body parts, making sexual comments) and exposure to visual media that spotlights women’s bodies and body parts, depicting them as the target of a non-reciprocated male gaze.”

In her article on StudyBreaks, Sarah Gudenau said, “As men learn that women are meant for their aesthetic, sexual, or facilitating purposes, women internalize the same ideas, resulting in self-imposed body-monitoring and an understanding that their looks amount to social value.” Simply put, when it comes to real life consequences, the male gaze is detrimental to society, as its use of women is negative to all audiences. It provides young girls with negative ideals of what a woman should be, and at the same time influences men to continue on the legacy of misogyny.

In response to the growing recognition of the male gaze, there have been recent movements that seek to both address and deconstruct this phenomena as a way to continue progress forward. Of these is the creation of what is known as the “Female Gaze.” While this is a relatively new thing, there are still some who offer definitions in order to help clarify this new concept.

One of these people is Erika Balsom, who in her article “In Search of the Female Gaze” said, “Defined as such, the ‘female gaze’… describes a filmic paradigm no longer governed by voyeurism and objectification, devoted to representing women’s experiences (including those of trans women) in ways that foreground their position as subjects of desire.” Using this as a baseline, it’s a comfort to know that some modern movies do fit this description.

One of the most recent movies being hailed as a true representative of the female gaze is “Portrait of a Lady on Fire” (2019). In her 2020 article in The New Yorker, Rachel Syme said, “It’s true that at every turn [the] film subverts the male perspective in favor of feminine ways of looking. There are hardly any men in the movie at all, and, when they do appear, they often have their backs turned or their faces out of focus; when we finally do see a man’s face clearly, it feels like an intrusion.”

Aside from that, another example of the female gaze is the aforementioned “Jennifer’s Body.” This movie was simply ahead of its time when it was released, which is why when its true themes were revealed, it was labeled a failure. Now it’s seeing a resurgence, and is becoming popular in progressive discussions because of how much of a welcome break it is from the standard of the male gaze.

There is also a growing number of female directors in Hollywood who are producing content considered combative of the male gaze. Greta Gerwig is a major player in this new age of filmmaking, creating beautiful stories centered on the female experience, which can be seen through her titles of “Lady Bird” and “Little Women.” Patty Jenkins is often looked to as well, especially after the huge success she had with “Wonder Woman” (2017), the first blockbuster superhero film starring a woman as the protagonist.

It is evident some filmmakers are making a conscious effort to portray unique perspectives in the media. As people continue to call for healthy changes in representation, society as a whole will undoubtedly improve. Eventually, people should even be able to witness the expansion of the female gaze into something more inclusive. Perhaps one day, there will be the existence of many gazes, and not just the current male one that dominates narratives today.