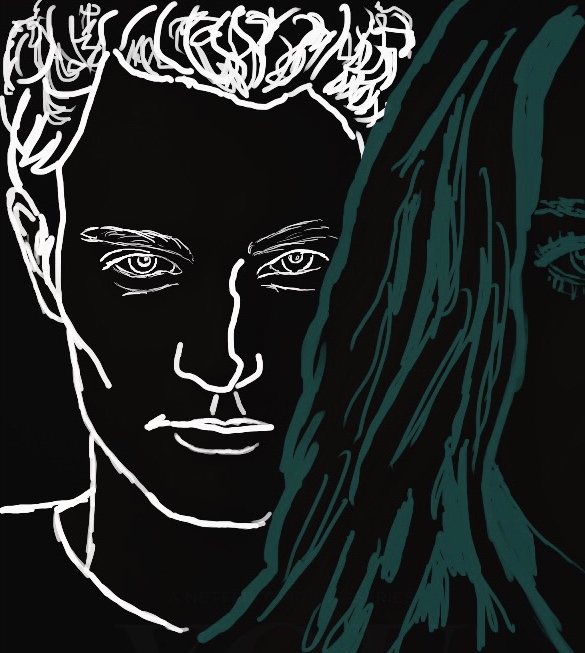 Disclaimer: This article contains spoilers for the show “YOU”

“I just need to know who you really are.”

Spoken by “YOU” anti-hero Joe Goldberg in a determined tone, this quote highlights the somewhat twisted motives of the Netflix show’s main character. Released on Jan. 14, the third season of the series revists the murderous stalker who frequently evades the law while charming nearly every woman he comes across. In preparation for its fourth season, critics worry that his charm transcends the fictional world and blurs the distinction between a devoted boyfriend and a criminal.

“YOU” began in 2018 as a LifeTime adaptation of the homonymous book by Carolyn Kepnes and starred Penn Badgely, a conventionally handsome actor known for his role in “Gossip Girl.” The show drew massive attention after joining Netflix and introduced viewers to Joe Golberg, the sensitive bookstore manager searching for love. Fans found him irresistibly attractive, wondering why this perfect man couldn’t hold onto a girlfriend. Within minutes, they discovered the glaring obstacle in his journey: his obsessive tendencies.

Goldberg follows a pattern where he encounters a mysterious woman and makes assumptions about her in rapid-fire succession. He perceives minute details as calls for his attention, which he answers by stalking and collecting personal items. Blinded by his obsession, Goldberg relentlessly tries to establish a committed relationship, even if it means inflicting harm on their loved ones. Unfortunately, this often fails, and Goldberg resorts to disguising his crimes by killing his last witness: his unsuspecting girlfriend.

“YOU” has used this narrative for three highly-anticipated consecutive seasons. Though seemingly formulaic, many fans love it.

Penn Badgley assumes that his genuine portrayal of Goldberg’s feelings might explain the antagonistic character’s appeal. Though he adds an emotional side, Badgley frequently discourages viewers from supporting his character, saying that the show intends “to understand the mind of the collective and why we like stories like this so much.”

Although “YOU” claims to be a social experiment, its problematic elements often slip under the radar. For example, a common reason for romanticizing criminals is believing that they all started as innocent children with troubled upbringings. In “YOU,” the show contributes to this cliché by flashing back to scenes of a young Goldberg protecting his mother from abusers until she abandons him at a correctional facility. This trope of a tragic backstory in fiction—and often, in real life—negates the criminal’s responsibility to improve from their past.

Adding the “sympathetic backstory” also complicates the audience’s attraction to Goldberg. He worries about the women in his life and wants to protect them from danger as if they were his mother. In one scene, he earned some fans’ admiration as he withstood an assault from his neighbor’s boyfriend. When reality offers aloof partners, the intensity of Goldberg becomes a desirable characteristic in a boyfriend.

Another problematic element of the show is its perpetuation of armchair psychology. Armchair psychology occurs when underqualified people observe someone and misdiagnose their traits. Several members of the “YOU” audience have attempted to identify Goldberg as a psychopath, sociopath, narcissist or sufferer of a childhood-induced attachment disorder.

In actuality, assigning an inflexible label to behavioral traits ignores the broad mental illness spectrum. It decides what a criminal can or cannot do, such as possess empathy. Goldberg occasionally plans thoughtful gestures and offers advice to his friends and partners. His helpfulness suggests that he could be a decent boyfriend, but these lighter moments should not excuse his behavior in other scenes.

There are many moments in the series when Goldberg acts suspiciously, but he has never confessed to his murders. His victims die in vain, including those who seemed to outsmart him. Goldberg’s overpowered persona and lack of consequences prompt viewers to expect his inevitable escape.

This trait mirrors the fascination with real-life serial killers at large, which distracts from the victims and creates a fanbase of invasive gawkers struggling to comprehend the severe dange and emotional turmoil.

A clear example of this passive bystander effect in “YOU” is the subplot with Goldberg’s ex-girlfriend, Candace Stone. Stone, believed to be another victim of Goldberg, escapes from an unmarked grave and visits the police station, where an officer looks at her with an annoyed and doubtful expression as she seeks justice. Throughout the rest of the season, Stone taunts Goldberg’s guilty conscience until she is fatally silenced. Candance’s failure to imprison Goldberg loses impact because the story’s protagonists see her as a nuisance.

Author Carolyn Kepne has acknowledged that her characters come across as naive and shallow.

“He [Goldberg] searches for women who appear to settle for less than he thinks they deserve, and he thinks he’s Mr. More,” Kepnes said in an interview with Indulge Express.

Goldberg struggles with his girlfriends’ independence, and his perspective narrating the show establishes a sense of betrayal and victimization. Goldberg, baffled when his obsessions are unreciprocated,sees himself as “the nice guy” who should earn a woman’s love just for loving her.

When Goldberg met his match in Love Quinn in season two, fans wondered if they were finally getting a strong female lead. But in season three, Joe’s recent conquest is no different than the rest of the previously underdeveloped female characters. She was hysterical, unfaithful and easily triggered into committing acts of violence. She was a gifted mother and cook, a character excelling in traditional female roles without any other memorable qualities who may disappoint progressive women. Like her predecessors, she too met an unfortunate demise.

“Without Love, the series loses an illustrious character who had the potential to fulfill Joe’s other, more positive side and become his worthy opponent and a perfect partner in crime,” writer Zofia Wijaszka said for The Mary Sue.

Serial killers, whether fictional or real, do not deserve justification and dramatization for their actions. They harm their victims, their victims’ families and their own family. A fascination with them risks idolizing someone who just as easily could harm those fans without remorse.

To many, “YOU” is a compelling drama with captivating cinematography, music and dialogue. Such an esteemed show can be challenging to criticize, but acknowledging the flaws in cult media creates conversations and encourages filmmakers to pursue fresh ideas. This trend of ambiguous themes leaves concerning gaps in society’s moral compass. Perhaps “YOU” already plans to fill in these gaps, and Joe Goldberg will finally see the consequences of his actions.

Sarah Munson is a junior majoring in professional and public writing, with a specific focus on technical writing. In her free time, she enjoys studying film, comedy and history, as well as drawing and designing.