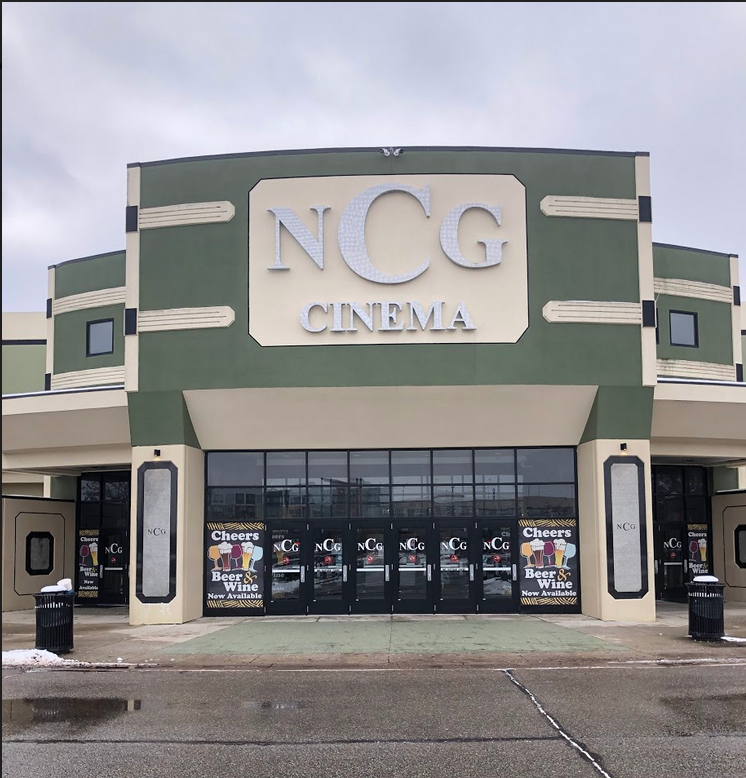 Due to the onset of COVID-19 in March 2020, movie theaters across the nation were closed, and movie fans were limited to watching new movies on streaming applications such as Amazon Prime, Hulu or Netflix. On Sept. 25, 2020, Governor Gretchen Witmer signed Executive Orders 2020-183, which amended the Michigan Safe Start order to reopen movie theaters and performance venues starting Oct. 9,2020. But many are still hesitant to get back in the seats.

Though theaters have opened back up, there is still a massive decrease in the number of movie-goers compared to the years prior. Ridley Scott’s “The Last Duel,” starring Adam Driver and Matt Damon, made only $10.5 million in its first four weeks. This dulls in comparison to one of Damon’s pre-pandemic movies “Ford v. Ferrari,” which made over $30 million on its opening weekend in 2019.

One of the many reasons people have been hesitant to return to the theaters is in protection of their health and well-being. Because theaters are indoors and involve large crowds with poor ventilation, this puts movie-goers at a higher risk of exposure to COVID-19. Many people see movie theaters as a risk without much reward, especially when movies can be watched in the comfort of their own home.

Those comfortable with returning to movie theaters should still take certain precautions, which includes wearing a mask during movies.The Centers for Disease Control and Prevention has made it clear that masks limit your chances of contracting COVID-19. CNN medical analyst Leana Wen said it is important to call the theater ahead of time to figure out the protocols that they have in place. Her advice is to “look to see what kind of protocols [theaters] have for physical distancing. Ideally, there is at least 6-feet distance between you and other individuals. If that’s not possible, I wouldn’t go unless you’re vaccinated.”

It wouldn’t be surprising if this number continued to grow, especially if these streaming services invested more money into content that is well received by the audience. As seen in recent releases, many people would prefer watching a movie at home for the reasons of comfort, saving money, safety or even just the ability to pause for bathroom breaks. Theaters are currently in a losing war with streaming services.

Film production has also decreased during the times of the pandemic, which has led to movies being postponed and in some cases canceled completely. For example, “Avatar 2” was originally set to be released Dec. 17, 2021, but now is set to be released a whole year later on Dec. 16, 2022.

Making a movie takes a lot of people and human interaction that simply couldn’t be done during the pandemic. With that being said, there are currently many movies in the making and planned to be released next year in 2022 to get excited about.

For superhero movie fans, 2022 is shaping up to be an amazing year. Expected in March, Robert Pattison will be taking over as the new Batman, and many fans are excited to see one of America’s favorite superheroes back in action. The story is set to lock in on a younger Batman while he discovers corruption in Gotham City and tries to take down the Riddler, an infamous villain from the “Batman” comics. A feature film of another DC comic book superhero, the Flash, is also set to be released in 2022. This is exciting for fans as they get to see a new and improved Flash in action on the big screen.

Other highly anticipated installments in the superhero world releasing in 2022 are “Spider-Man: Into the Spider-Verse 2,” “Doctor Strange in the Multiverse of Madness,” “Black Panther: Wakanda Forever” and “Aquaman and the Lost Kingdom.”

Outside of superhero flicks, 2022 is also looking like a big year for action movies. The “Mission: Impossible” series, starring Tom Cruise, is back again for the seventh time. And when it comes to action, it’s hard to not think of Keanu Reeves as John Wick. “John Wick 4” is expected to be released in 2022.

Next year will also bring a slew of movie adaptations of video games. Uncharted, one of the highest-selling video game franchises of all time, is bringing in Tom Holland for their 2022 film. Another popular video game series, Tomb Raider, is set to release their second movie in their reboot series that kicked off in 2018 with Alicia Vikander once more fulfilling the lead role of Lara Croft. Gamers can also look forward to a movie version of Minecraft and the release of “Sonic the Hedgehog 2”.

Some Academy Award-winning films are set to have sequels this year. One of the most anticipated films of 2022, “Knives Out 2,” brings back the ensemble cast of Daniel Craig, Chris Evans, Jamie Lee Curtis and more. The original film was highly received by movie critics and fans, being nominated for Best Original Screenplay at the Academy Awards.

Back in 2009, James Cameron’s “Avatar” was released in theaters. It was beyond popular and critics loved it. “Avatar” was nominated for 9 Academy Awards and won 3: Best Visual Effects, Best Production Design and Best Cinematography. With Cameron’s eye for high-quality visual effects and movie design, “Avatar 2” has fans hoping for more of the same.

A sequel to the Edgar Wright film, “Baby Driver,” is slated for next year as well. While the first film had an all-star cast including Jaime Foxx, Jon Hamm and Ansel Elgort, not much is known about the plan for the sequel. However, the original film was the winner of three Academy Awards, and with the original’s Rotten Tomatoes score of 92%, expectations are high for the sequel.

Other movie releases planned for 2022 worth mentioning are “Halloween Ends,” “Morbius,” “Night Has Fallen,” “Cleopatra,” “Fighter,” “Ambulance,” “Creed 3,” “The Intern,” “Django/Zorro,” “Top Gun: Maverick,” “Jackass Forever,” “The Division” and so many more. 2022 is looking like an amazing year for movies, and movie lovers deserve it. There’s a lot to look forward to coming to theaters soon—fans should keep up with their local theater’s guidelines in order to keep themselves safe as they make their return to in-person movies.