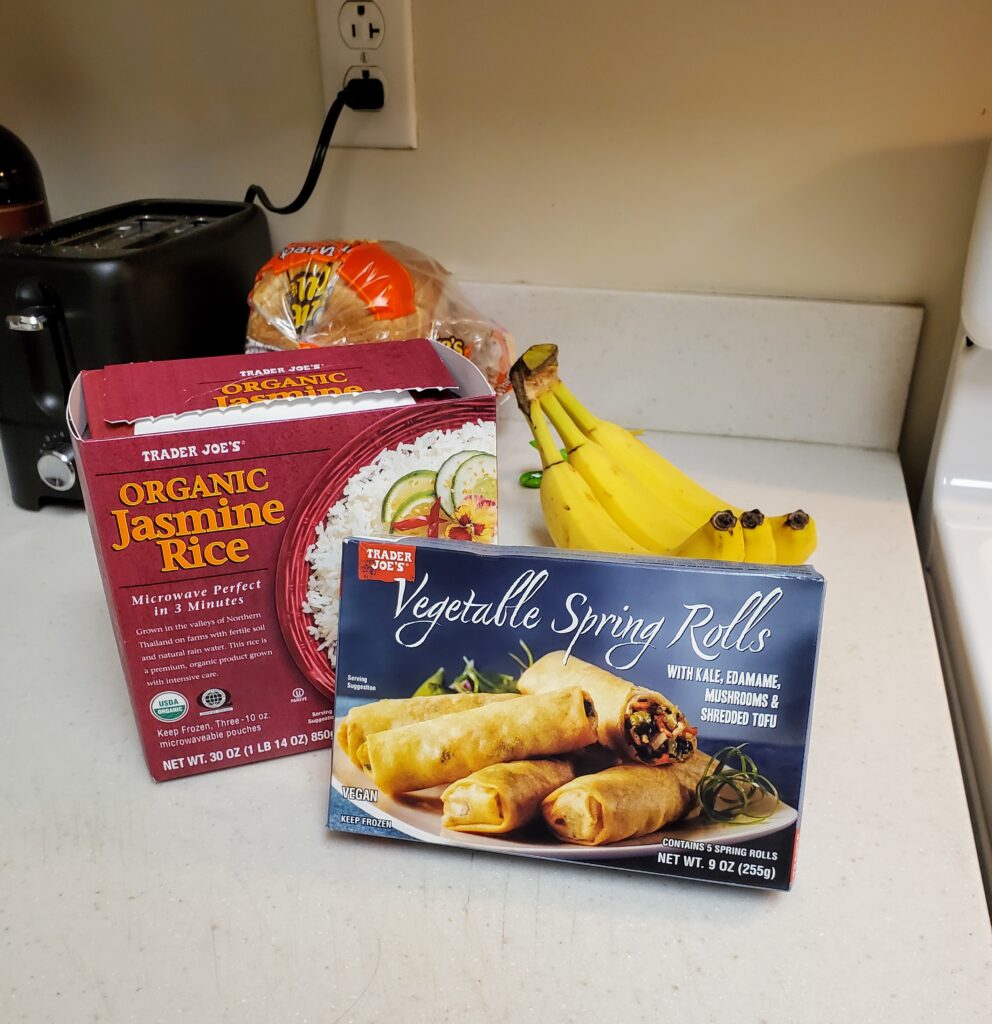 Celebration surrounded the announcement of the opening of a Trader Joe’s in Okemos. Groceries are a topmost expense for most college students and households so the arrival of a new, specialty grocer has caused a stir in the East Lansing community. Established in California, Trader Joe’s is a successful grocery chain that focuses as much on customers’ experiences as the unique business model they use.

“(Trader Joe’s) would always ignore or deny them,” said Jilianne Kowalchuk, a Michigan State sophomore and member of the Facebook group, about the group’s frequent petitions to Trader Joe’s. “But then when it got approved, everyone was so excited…I think they’ll get a lot of business.” As evidenced by the resilient Facebook group, Trader Joe’s has long been desired in the East Lansing community.

Trader Joe’s started in Southern California in 1970 by the original trader, Joe Coulombe. The zany store carries typical staples like produce and dairy but also boasts an array of unique goods carried exclusively at Trader Joe’s. They employ roughly 10,000 employees nationally and had an estimated revenue of $16.5 billion in 2020.

The success of Trader Joe’s is attributed to their business model. Almost counterintuitively, the lack of product variety is central to their business. Trader Joe’s majorly favors their own house brand, eliminating the middleman and serving as an avenue for the creativity of their products.

Forbes reports that 86% of products sold in Trader Joe’s fall under the Trader Joe’s brand. There is hardly any competition between outside suppliers contributing to both the lack of variety and the constant influx of fresh product, which creates simple, organized aisles swarmed with employees restocking goods.

Trader Joe’s are smaller than other grocery stores, which appeals to their target customers of trendy urbanites. As columnist Megan McArdle wrote for the Washington Post, “the average grocer carries nearly 50,000 SKUs. Trader Joe’s, by contrast, carries only about 4,000.” The significantly lower number of SKUs, or barcodes representing each product, is another staple of Trader Joe’s. They not only have less variety but also less amounts of products in general—for some, the offering is curated to their ideal.

The smaller size and curated goods of Trader Joe’s lends itself nicely to an area like East Lansing that targets primarily college students. Similar to the strategies employed by Target, smaller stores in urban, condensed areas allow big-box stores to market toward a specific demographic while limiting the size of their stores. For example, there are no automotive sections in most smaller Targets, and in the one on Grand River Avenue, emphasis is given to alcohol, beauty, and food.

This strategy is built into Trader Joe’s business. Less variety and smaller stores are marketed toward the demographic of shoppers present and may feel less overwhelming. In the Amazon convenience age, brick and mortar stores need to focus on their customer experience and unique products to attract business. Trader Joe’s accomplishes this primarily through their employees.

As highlighted by the pandemic, a grocery store is not the easiest place to work. “People are kinda assholes a lot of the time,” said Zach Sebree, a Michigan State sophomore who worked in a grocery store in his hometown. He also described the difficulty of working during the pandemic, which often involved “having to fight people at the door (saying), ‘Um, excuse me sir you have to wear your masks.’”

Although Trader Joe’s does not have a spotless record of employee satisfaction, by most accounts, their employees genuinely enjoy working there, and the company had a particularly good record when it came to hazard pay.

“I like the employees,” said Kowalchuk. “They’re really nice; they’ve given me free flowers before.” Trader Joe’s employees often exemplify the concept that when someone likes their job and employer, they do better work.. Along with the competitive pay, a major reason that employees are so friendly and helpful is directly linked to their business model.

Because of the limited variety of products, the employees are able to become familiar with the contents of the store, which helps aid conversation with customers and develops loyalty among employees. Trader Joe’s also employs artists, often full-time, who design the hand-made signs and other visuals within each individual store. Not only does this provide a steady gig for local artists, it makes each location unique and contributes to the small business vibe that Trader Joe’s, a company with 530 stores nationwide, tries hard to cultivate.

When it comes to Trader Joe’s, the vibe is what it is all about. From the locally designed signs, to the reusable bags, to the unique layout of the store, Trader Joe’s attracts people for the experience as much as for their goods.

Their website is unique and interactive, promoting their newsletter, podcast and recipes, rather than pushing for purchase-making.

“They have really good social media marketing where they show you different things you can make with their stuff to get different ideas and plan things out that you wouldn’t be able to do somewhere else,” said Kowalchuk.

These vibes turn some potential shoppers away, especially for those  unfamiliar with Trader Joe’s.

“It gives me a sort of vague, expensive store vibes,” said Sebree. “I haven’t been there. but it’s just how you hear about it.”

The indie, quirky-vibe certainly seems to denote more expensive goods. However, Trader Joe’s is one of the cheaper grocery stores, cheaper than places like Target or Safeway but more expensive than Walmart. This again is attributed to their business model of carrying house products and limiting the variety and competition among products. Trader Joe’s only sells what is popular with customers, who often favor affordability.

Despite the cheap prices, great—or potentially off-putting—vibes and unique goods, Trader Joe’s cannot be everyone’s one-stop-shop. Due to their limited space and variety, Trader Joe’s does not carry less common grocery staples. This can include things like cream of tartar, gelatin, or active dry yeast.

Instead, especially within the context of a college town, Trader Joe’s offers specialty goods like frozen meals and seasonal products.

“I think some things are on the cheaper side and some things are more worth it,” said Kowalchuk. “I wouldn’t buy apples from Trader Joe’s, or produce, but I would buy their frozen pizzas.” In places like East Lansing, the real value of Trader Joe’s is the frozen, ready-to-make meals for the busy, inexperienced cooks attending MSU.

The new Trader Joe’s will be located on Grand River Avenue in the current location of Golden Wok. A neighboring strip mall will also be demolished to provide for more parking, which will hopefully differ from Trader Joe’s infamously bad parking lots.

There have been concerns about the replacement of local businesses on the “Bring Trader Joe’s to East Lansing” Facebook group, with one post reading “Does anyone know if Golden Wok found a new location?”. There were no answering comments. Other comments raised awareness about the closing of Capitol Lighting, another locally owned business planned to be demolished for the new grocery store.

The closing of Golden Wok and Capitol Lighting for Trader Joe’s follows a long trend intensified by the pandemic of large stores replacing small businesses. Especially in a college town where businesses are reliant on students’ business, the pandemic created an economically challenging environment that influential chain stores are able to take advantage of. Although the thought of gaining a cheap, new grocery store is exciting, it does come at the expense of the local economy, at least partially.

With construction set to start in 2022, residents of East Lansing can look forward to niche Trader Joe’s products and hopefully an expansive parking lot. Trader Joe’s will provide for jobs in the form of construction, crew members and local artists. This expansion will include the closure of at least two locally owned businesses but will provide East Lansing with a new, inexpensive shopping experience.

Katherine Denzin is a sophomore majoring in history and statistics. She works as the assistant editor-in-chief of The Red Cedar Log and is involved with a start-up publication about policy, Matters of Fact. When not writing, studying or pursuing her latest fixation, she enjoys reading, re-watching movies and baking cookies or pretzels.