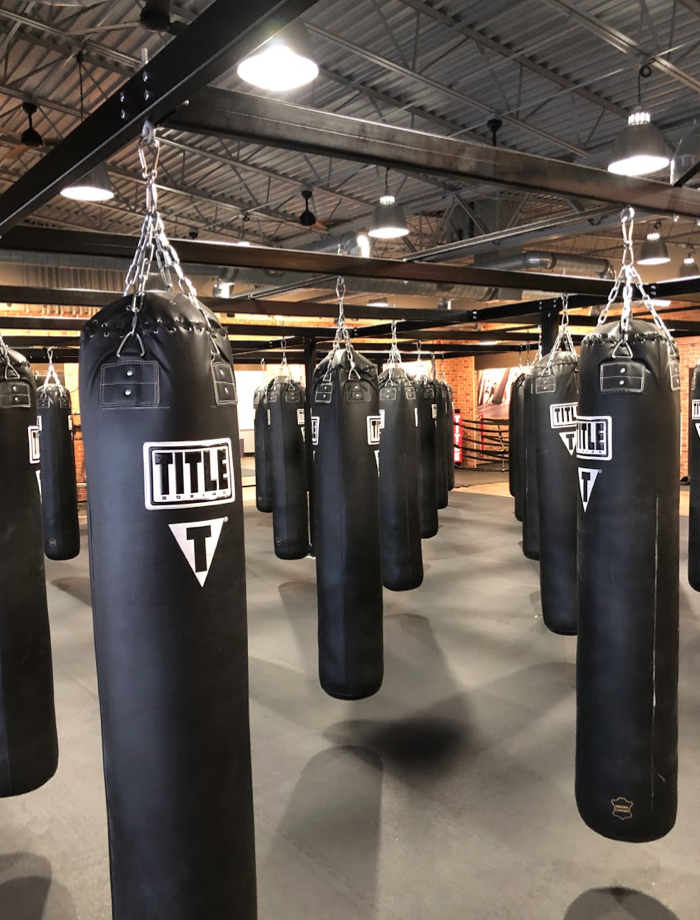 A new trend has emerged in the sport of boxing over the last few years, and its popularity is at its peak. Social media stars on platforms such as YouTube, Instagram, Twitter and TikTok have streamed several boxing matches with influencers competing against others in the community, and many people have taken a liking to this. With the interest of the audience growing, stars like Logan and Jake Paul have both secured big boxing matches against professional fighters, attracting bigger audiences than professional boxing itself. With this trend on the rise, some fear that this could lead to the end of true professional boxing for good.

Boxing began its rise in the United States in 1920 when Walker Law legalized prizefighting in the state of New York by establishing the New York State Athletic Commission. Representatives from many states then established the National Boxing Association, which began the start of organized fights in the United States. Stars like Jack Dempsey and Sugar Ray Robinson attracted many eyes to the sport during this time. Following World War II, television was crucial to boxing’s success since the low production cost of the events led it to be a major feature.

In the 60s and 70s, Muhammed Ali became an icon as he smashed his way to the top of the heavyweight division and transformed the role and image of Black athletes in America. Following his reign came the massive popularity of the brash and brutal Mike Tyson, who is known for biting another fighter’s ear off. In the 2000s, boxing was carried by Floyd “Money” Mayweather and Manny Pacquiao, showcasing that the sport of boxing needs superstars for its success. However, both of these fighters are now retired from the game. They left fans wondering who the next big names of boxing would be.

Professional boxing is lacking stars and fighters that will get people to buy tickets and tune in to watch. Boxers such as Tyson Fury and Canelo Alverez are both current boxing champions with some name recognition, but these names cannot match the popularity and attention of stars like Muhammed Ali or Mike Tyson. Although mixed martial arts is currently a more popular fighting sport, social media stars are generating a lot of hype for the sport, potentially renewing public interest in boxing.

In August 2018, four largely popular names in the YouTube world agreed to box against each other in a livestream, pay-to-watch event. Jake Paul fought Deji and Logan Paul fought KSI. Because of the popularity of these online personalities and this type of “never before seen” content of amateurs trying to knock each other out, many people tuned in to watch. A draw between Logan Paul and KSI that night led to a rematch in November 2019 at the Staples Center in Los Angeles, where even more people than before watched. Other large events have taken place since, such as “YouTube vs. TikTok,” where YouTube stars boxed TikTok stars on a multiple fight card.

With extreme confidence in themselves and their business savvy tactics, Jake and Logan Paul have now had fights against professional athletes and fighters. In July 2020, Jake Paul secured a spot on a “celebrity” boxing match that included Mike Tyson in the main event. In the event Jake fought Nate Robinson, a retired professional basketball player. With the majority of the viewers tuning in with hopes of Jake Paul losing the fight, there were over 1 million pay-per-view buys. With a brutal knockout win, Jake Paul turned Nate Robinson into a meme on social media, which only made people hate the YouTuber more.

Immediately following his knockout win against Robinson, Jake started calling out anyone who he thought would create a buzz on social media. One of his callouts went viral on Instagram, as he challenged Conor McGregor in a very explicit manner while also throwing insults his way. McGregor is one of the biggest names in the fighting world and because of that, this post gained over a million views in just one week. Though McGregor never responded directly to Jake, this led to many other fighters challenging Jake across social media.

Since then, Jake Paul has fought two former MMA fighters who have gained a lot of fame in their time fighting. Jake went on to win both of those fights, with some people showing respect and others still showing hate. His brother, Logan Paul, has since had a boxing exhibition with Floyd Mayweather, who many consider to be the best boxer of all time. Both of the Paul brothers have made significant amounts of money in their short time fighting and it is not because they are exceptional boxers; it’s because of their large social media presence and fame.

Many fighters have discussed Jake Paul and his fights and whether or not they think it is good for the sport. In a recent interview, Anthony Smith, a MMA fighter for the Ultimate Fighting Championship told reporters that he doesn’t hate what Jake Paul is doing for the sport, but he simply doesn’t believe Paul is a high level boxer.

“The media thing, I think he’s doing a fantastic job, bringing the pay scale up, been helping other fighters and all that,” Smith said. “I have no criticism here. It’s just his actual abilities that I have ever criticized.” Smith would like to see Jake Paul fight an actual, current professional boxer before he can give him respect for his skill and ability in the ring. Luckily, Jake Paul is scheduled to fight a real boxer on December 18, 2021 against Tommy Fury, brother of heavyweight boxing champion Tyson Fury.

Lou Dibella, a boxing promoter and 2020 International Boxing Hall of Fame inductee, told Complex Magazine, “Does my gut tell me influencer boxing and YouTube and TikTok boxing [is] sustainable? My gut doesn’t really tell me that, but who knows? I’ve got no problem with it, and in a weird way Jake Paul is kind of growing on me a little bit. And I hate to admit that.”

DiBella went on to discuss why people are watching these fights instead of the best against the best. “Maybe there’s a hole because fighters right now, particularly in the United States, aren’t transcendent sports stars. Very few people know who most boxing champions are.” People want to watch someone they recognize and can cheer for or against, and boxing is lacking that recognition right now.

Dana White, president of the UFC and huge boxing fan, doesn’t particularly think the same as Smith and DiBella in this regard. When asked in an interview with TMZ Sports what he thought about the Paul brothers boxing professionally, he clearly isn’t a fan. “Neither one of these guys can fight. It’s all a big gimmick, and like I said in a press conference, there’s a market for that. If people are dumb enough to pay money to watch that, I don’t know what to tell you. Good luck to them.” Though White is a fight promoter and sees that money could be made with these brothers, he doesn’t feel that they deserve to be in these fights.

Jake Paul, on the other hand, discussed in an interview with Bleacher Report that he believes he is “the best thing that’s happened to boxing in a century, period.” He also said, “I think that the debate started about a year ago—Is Jake Paul good for boxing? I have silenced that, and I don’t think there’s anyone on the other side of the equation.”

As Jake Paul is now emerging as one of the biggest draws in the sport of boxing, it is hard to argue with him. Even the legendary Mike Tyson told Complex Magazine, “My ego says so many things, but my reality is they help boxing so much. Boxing owes these YouTube boxers some kind of respect. They should give these guys some kind of belts because these guys make boxing alive. Boxing was pretty much a dying sport.”

Furthermore, Jake Paul has been an advocate for raising fighter pay across the board and has brought even more attention to fighting with his foundation that is reviving the sport for the youth. “I have a foundation where we give boxing gloves to as many kids as possible. We’re going around, renovating boxing gyms, getting the young kids inspired to box. I think this sport needs that revival,” said Jake.

With the rise in popularity of boxing attributed to these brothers, it is hard to ignore their place in the sport. As for the personal opinions about Jake and Logan, they are very mixed and everyone has a right to them. But for huge fighting fans, the Paul brothers may be saving the sport they love.