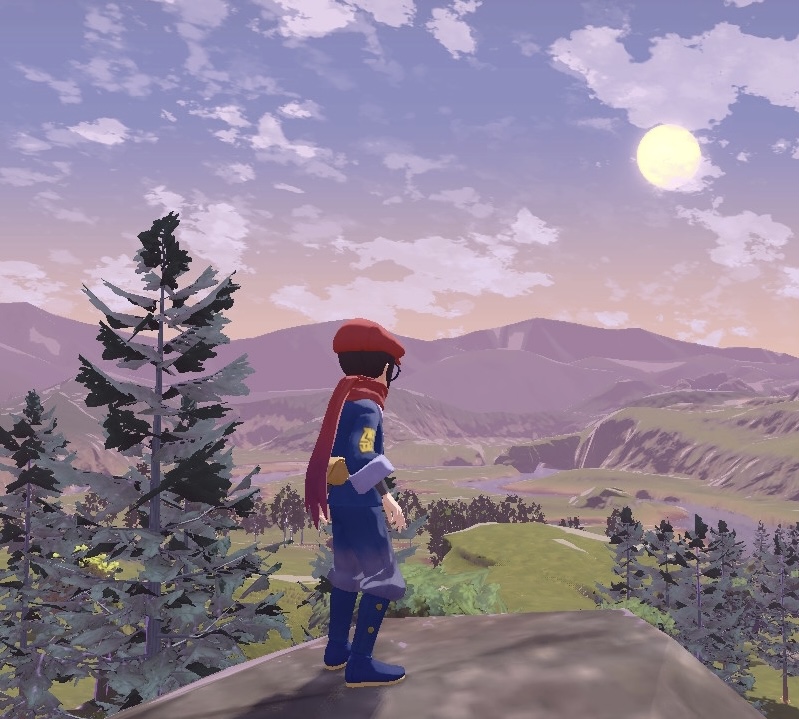 Pokémon is the highest-selling intellectual property in the world and a beloved franchise among several generations. It is best known through its core video game series that releases a pair of new games every few years. Although the franchise is selling as well as ever, fans have been growing discontented with the state of the games in recent years. However, there seems to be new hope for the series, or at least a step in a better direction.

Pokémon has an identifiable structure when it comes to its main-series games. The player character is a child who is setting out on their Pokémon journey. They choose one of three starting partner Pokémon and are tasked with completing the Pokedéx, an encyclopedia of Pokémon. Due to the ever-increasing number of Pokémon, this task is now near-impossible to complete, so the story of each main series game has evolved into something more. The player must challenge the Pokémon League, consisting of eight Gym Leaders, an Elite Four and a Champion the player eventually defeats.

Along the way, the player is challenged by rivals vying for the position of Champion. The player must also face an evil team bent on using the game’s marketable box-art Legendary Pokémon, a Pokémon with great power and a deity-like status, to wreak havoc on the world. It is a formula the series has used for over 25 years, and it always sells, even if many fans disagree with how well it sells.

As a game series continues, it is natural to expect improvements with each new game, such as graphical and gameplay improvements. Pokémon has seen improvements: the addition of new Pokémon types to counter the more overly-powerful types, altering how Pokémon attacks work so that Pokémon can properly utilize their stats and moving from 2D pixel art to more-detailed 3D models. Characters are  more memorable, and each game produces a stellar soundtrack.

Even with these improvements, fans still see the games as cheap-looking compared to other best-selling Nintendo games like The Legend of Zelda: Breath of the Wild and Fire Emblem: Three Houses. Fans report muddy-looking textures, empty game environments and reused character animations. The core gameplay features of the turn–based battle system have not changed, with a new gimmick being introduced in every generation. In Generation 6, it was Mega Evolution, Generation 7 introduced Z-Moves and Generation 8 included Dynamaxing, all methods to power up Pokémon and give them more visual flair while the gameplay outside of competitive battling remained the same.

The cheapness of the recent games was exacerbated by the release of Pokémon: Brilliant Diamond and Shining Pearl in November 2021, where these long-awaited games were given to the company ILCA for production instead of being made by GameFreak, who had created every other game in the series. This resulted in a game with no alterations to the story, unlike previous remakes, and a host of glitches that allowed people to beat a normally 25-30 hour game in 17 minutes, according to thegamer.com. The game still sold well, which was a slap in the face to many long-time fans who wanted quality games over a quantity of new ones. That was when Pokémon Legends Arceus released.

To long-time fans, Legends was a complete turnaround. Instead of the usual story of becoming the Pokémon Champion, the player is faced with the task of completing the first-ever Pokédex. All the while, the player must quell a quintet of powerful “noble Pokémon” that were sent into a frenzy by lighting from a strange space-time rift in the sky. The idea of creating a battling team of Pokémon and battling more powerful figurehead Pokémon as the game progresses is still there, but the execution differentiates it.

While Pokémon moved to 3D graphics with time, the games had a similar style visually. They had a static camera players could not control except on rare occasions, limiting their field of view. Meanwhile, in Legends, the player is free to move the camera around to survey the landscape to find points of interest. These points of interest usually consist of Pokémon, who now wander freely about the world instead of hiding in select areas of “tall grass” where they were exclusively encountered in previous games. Pokémon Sword and Shield experimented with the concept of free-roaming Pokémon in the Wild Area, a large, open area of the game players could explore. This concept was fully realized in Legends, where the player spends nearly all their time out in the field collecting data on Pokémon.

The player’s main objective outside of solving the mystery of the space-time rift is to complete the Pokédex. Each of the 241 Pokémon included in the game must be acquired and studied, accomplished through research tasks. These tasks range from battling and catching Pokémon to defeating them, watching them use certain attacks a number of times, giving them food and evolving them. In previous games, the player only had to catch the Pokémon to fill their Pokédex entry. In Legends, the player becomes more involved with the process. Many of the tasks are similar across all available Pokémon, and while this seems repetitive, players are overall happy with this process.

“It stumbles often on its way to innovation… and brings equal parts brilliance and frustration in its updated systems. But the good bits in Pokémon Legends:Arceus outweigh the bad, rounding out a successful first attempt at an action-centric Pokémon game,” said gaming news writer Ryan Gilliam at polygon.com.

Along with this addicting process of entry-completing, players need to keep their guard up. As this game takes place long before the creation of any Pokémon League challenge, or even modern civilization, the Pokémon dominate the land, not humans. The roaming Pokémon can directly attack the player, and the player needs to use a dodge feature that had never been included in any Pokémon game. Failing to evade attacks and taking too much damage results in a blackout, causing the player to drop some of their craftable items.

Crafting is a vital aspect of the game as well. Players can buy items if they have the money, but the money is supplied by completing research tasks, and all the materials they can craft items with for free are found in the field. This offers several avenues for players to acquire items instead of the previous games’ sole process of winning money from battles to buy items. Combined with the dozens of Pokémon teams a player can put together from the wide selection and availability of Pokémon, it creates an experience that is familiar but different.

The game has its flaws as well, from the at-times less-than-stellar graphics to various game glitches and a messier execution of new gameplay features and story, but overall, player reception has been more than positive. Legends sold over 6 million copies in its first week of sale, and hundreds of videos and livestreams have flooded sites like YouTube and Twitch, showcasing players’ journeys and how they each approach completing the game’s goals. Compared to fan reception when Brilliant Diamond and Shining Pearl released just two months prior and even Sword and Shield in 2019, Legends has taken the Pokémon community by storm.

Due to the positive reception—and more importantly in Nintendo’s eyes, the sales—this may be an indication that future games will have a more inventive approach to gameplay. The usual story will always sell, but it will sell more if it shows a new appeal. For now, Legends has been a massive success for both Nintendo and the players, and there is more hope for the series’ future.