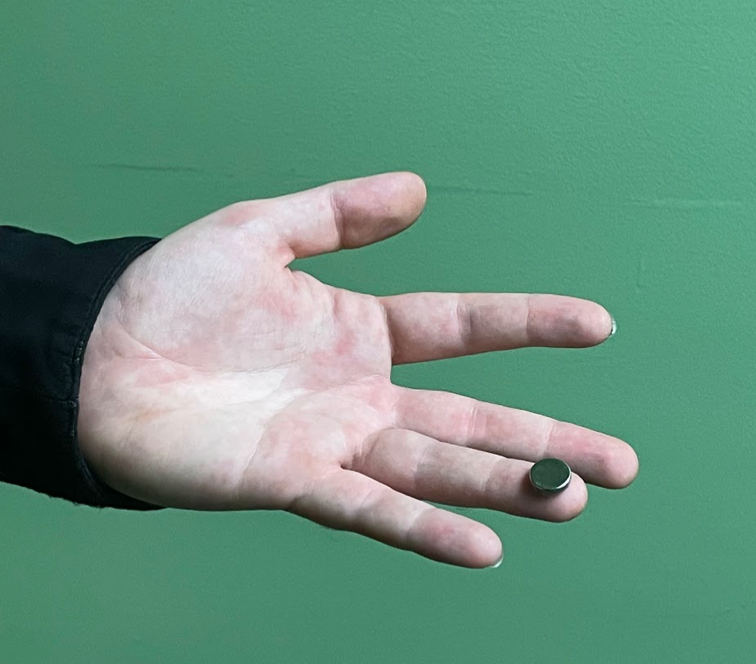 It is impossible to know the circumstances which surrounded Sir Julian Huxley as he penned an article for “The Journal of Humanistic Psychology” in the late 1960s. Whether it was a bright morning as he sat behind a writing desk or whether it was well after dark on a sleepless night, these details have been lost to time. The words themselves, however, continue onto this day in more ways than one.

As an evolutionary biologist and eugenist, Huxley was fixated on the idea of the perfect human.

“As a result of a thousand million years of evolution,” he said in his 1968 article “Transhumanism” for “The Journal of Humanistic Psychology,” “The universe is becoming conscious of itself, able to understand something of its history and possible future.”

This article, which has gained notoriety over the years, sparked a philosophical movement and intellectual idea of the same name. Transhumanism explores the idea that humanity could upgrade itself and continue to evolve, not through biological means but through technological ones. One such example is augmenting human bodies with machine parts to give them new capabilities they have never had as a species before.

This idea has been explored extensively by sci-fi authors through a variety of different mediums. From Arthur C. Clarke’s “Childhood’s End” to “Star Wars,” transhuman ideas have been explored and almost accepted as inevitable to some degree. From creators who are excited to see this next wave of humanity, to those who are deeply cynical about giving fallible humans such power, or those who are somewhere in between, there are plenty of examples of transhumanism in pop culture.

However, looking beyond fiction and to the real world, what is the world’s relationship with transhumanism?

Robert Pennock, philosopher of science with a doctorate and winner of the outstanding service award from the American Institute of Biological Sciences offered a distinctly cautious perspective on the subject.

“Huxley focused on the goal of improving our social environment for human betterment,” he said. “Today the term is more associated with those who conceive of transcending human bodily limitations by enhancing our bodies technologically—turning ourselves into cyborgs, if you will, which is a much narrower vision.”

This narrow concept of transhumanism is what he dedicated himself to responding to. However, this wasn’t the only voice which offered itself to The Current. Marissa Brandt, Ph.D, describes herself as a technomediatrix with an interest in cyborg anthropology. She defined transhumanism as “the philosophical and practical effort of. . . [humans] to take control of their evolution.” She wanted to draw a distinction between this kind of evolution and perhaps the standard understanding, saying it isn’t “evolution for all humans, but like a very individualized view of transformation.”

“[Transhumanism involves] making your own decisions about what your body’s gonna do, and look like,” they said.

“We have prosthetics; we have pacemakers. I guess at some point we have to ask if it has to be something planted inside you,” Tulip said. “We could think of a phone as transhuman, as like this upgrade which lets you talk to people far away.”

Definitions are also important because they determine how realistic or achievable a certain goal is. For example, one could’ve come up with a working definition for a spaceship in the 1800s, but it is impossible to build one until the technology for it exists. Pennock seems to argue that this is a just comparison.

“Most cyborg-transhumanist ideas far outstrip actual engineering capabilities, and for the foreseeable future won’t go beyond proof-of-concept,” he said. “That’s probably a good thing. We need the time to think this through.”

However, time may not be on his side as transhumanist developments continue in spite of current technological barriers.

“Right now, a lot of transhumanist efforts are a little bit more low tech,” Brandt said. “For example grinders, who put magnets under their skin.”

To many, it might sound like science-fiction, but it’s real and happening now. The process, which is normally adopted by communities around biomodification such as biohackers and grinders, involves people surgically implanting tiny magnets under their fingers. This is done with the goal of having the nerves grow around the metal as the wound heals. This reportedly ends up giving them a tangible sense of the magnetic field around them, essentially giving them access to new senses.

And though this process is relatively affordable with one English company currently offering the surgery for £240, it doesn’t come without complications.

“[The surgically implanted magnets] can become infected sites … because our bodies don’t really want to incorporate external things … the points of juncture between the human and the material are often difficult boundaries,” Brandt said.

Not only that, but this specific procedure must also be done without anesthesia.

There are other boundaries as well. Tulip covered the issue of religion versus transhumanism succinctly. “I think it would be very hard to be religious and a transhumanist,” they said, “because you’re kind of claiming the higher power for yourself.”

Some of the most common questions about transhumanism revolve around the nature of humanity and the soul. However, in reality, the real threat of transhumanism may be far less existential. Transhuman developments aren’t often made for purely ideological or philosophical reasons, but rather by military forces. “We are most likely to see these first implemented for military purposes,” Pennock said. “The Department of Defense is already doing such research, such as implants that can release drugs to enhance performance. It will be longer before augmentation technologies become commercializable.”

This idea isn’t unique to transhumanism. When talking about the philosophy of transhumanism, Brandt mentioned Donna Holloway, who wrote a book titled “The Cyborg Manifesto.” In summarizing Holloway’s points, Brandt said “[Holloway] points out that a lot of that technology emerged out of the Cold War and emerged out of military efforts and efforts to try to, you know, control America. So I would say in the long run, sometimes those things do democratize and more people do get access to them.”

Ultimately, no one knows what the future holds. While people have access to many technologies scarcely dreamed of a hundred years ago, there have been many technologies dreamed of which ended up proving themselves to be unrealistic. Transhumanism, in the form of turning humans to Cyborgs or uploading brains to the internet, may prove itself to be nothing more than a pipe dream.

However, on a smaller level, transhumanism has been proven possible since people are already capable of using technology to upgrade humans, even if that’s just in the form of pacemakers or prosthetics.

The future is on the way, whether one likes it or not.