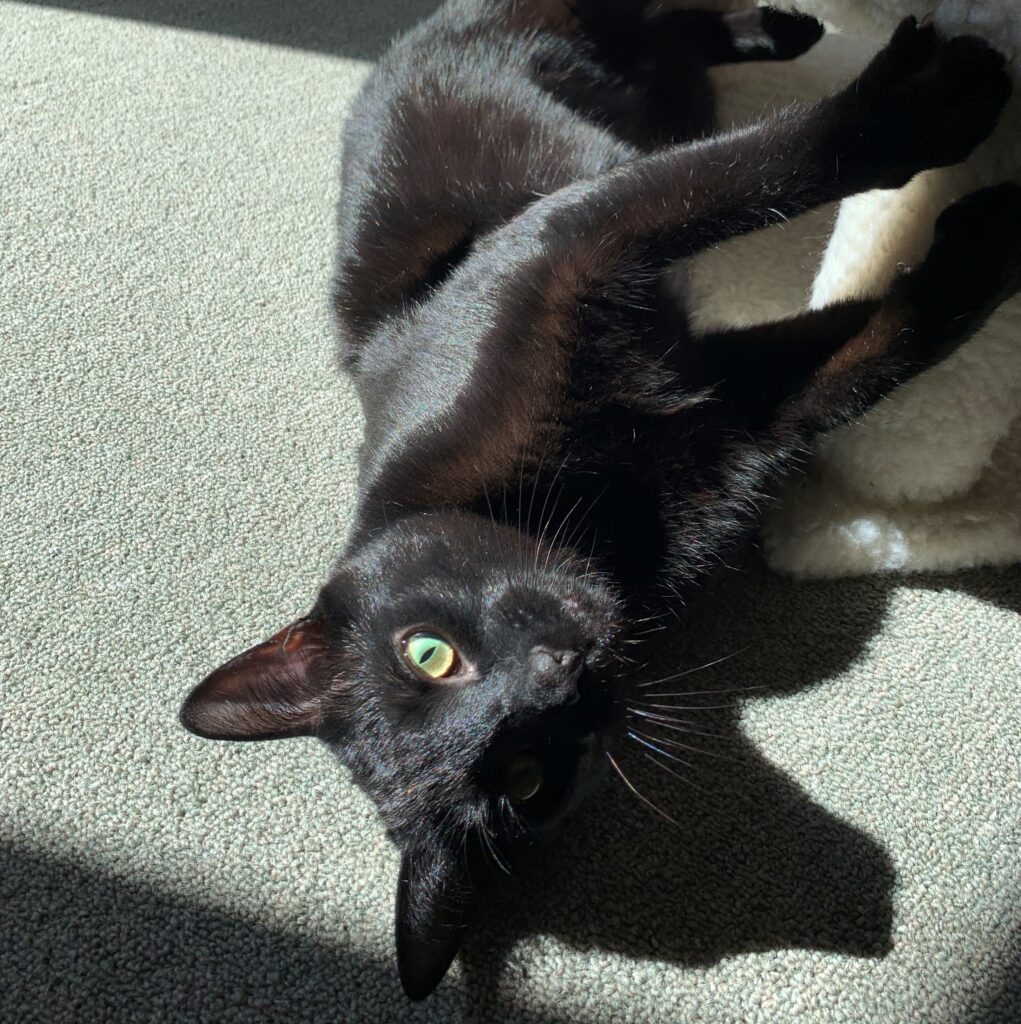 Though stigma has decreased over time, there still are many myths and misconceptions surrounding dark-furred felines today.

The myths may originate from Grecian times due to Hecate, the goddess of magic and witchcraft, being said to have a black cat familiar, a witch’s animal companion. The association between cats and witchcraft became so ingrained that when early Christian churches condemned those they deemed witches to death, their cats were hunted too.

Cerridwen Fallingstar, a Wiccan priestess, said, “Affection between human and animal therefore began to be seen as ‘diabolical’, or devilish, and the old lady with her cats became seen as suspect.”

It’s unclear when or why exactly the belief was narrowed down to only black cats being tied to the devil, but it may have been because of the color black being heavily associated with death in Western cultures or their fur allowing them to seemingly disappear into darkness like magic. In medieval Europe, a black cat crossing one’s path was seen as bad luck because it could be a transformed witch or a witch’s familiar.

Folklorist Phoebe Millerwhite said, “Just as easily, it could be the devil in disguise—and no one wants to cross paths with the devil. This explains why a black cat crossing your path is considered a bad omen.”

However, some cultures actually consider black cats to bring good luck. In ancient Egypt, black cats were honored for their resemblance to the cat-goddess Bastet. In Scotland, it’s commonly believed that a black cat sitting on one’s doorstep is a good omen. In Japan, they’re thought to help women in the dating scene find a partner.

As pet product retailer Four Paws said, “There’s a lot of silly superstitions out there, but most of the world acknowledges black cats as cute—not creepy.”

Despite having a more positive view of black cats today, their reputation is still negatively affected. Some shelters hesitate to adopt out black cats during October, especially near Halloween.

In an article for The Humane Society of the United States, journalist Jodie Valade said, “At that time of year, [shelters] declare, too many people adopt black cats merely to serve as costume accessories or, worse, as the victims of Halloween pranks or ritual sacrifices.” However, there is no scientific data or criminal records to support this idea, and not allowing them to be adopted around the holiday further perpetuates the myth of black cats being tied to witchcraft.

It’s also commonly believed that black cats do not get adopted as frequently, but they are adopted just as much as any other color. The American Society for the Prevention of Cruelty to Animals found in a 2013 study of all cats coming into shelters, 33% were black, the second highest number being 22% for gray cats. Black cats accounted for 31% of all feline adoptions, with gray cats made up 20% of adoptions.

Even though people have moved past old superstitions, these new misperceptions are borne of the ancient. What’s most important now is to move past these new myths and continue to promote the adoption of black cats.

A common issue shelters have with promoting black cats is with producing quality photographs. Their dark coats make taking pictures of them more difficult than cats with lighter-colored coats. As a result, potential adopters can perceive black cats as less friendly than their lighter counterparts based only on the available photographs. To combat this, the HSUS recommends using better lighting when trying to take photos, such as placing them in front of a large window and avoiding camera flashes.

The HSUS also advocates for shelters to make creative marketing campaigns centered around black cats. For example, the Nebraska Humane Society in Omaha uses Black Friday as an opportunity to showcase their adoptable black cats. Some campaigns are even beginning to use the old superstition to their advantage, pushing for adopters to finally get the black cat they’ve always wanted around Halloween.

Although it’s a myth that black cats are overlooked during adoption or over-euthanized, many of them are still in need of good homes. Fighting back against these myths, old and new, helps them get what they deserve—loving forever homes. They deserve better than being misrepresented by superstitions.

Phoenix Grubbs is a senior double-majoring in English with a creative writing focus and Professional and Public Writing. They are an aspiring author and copyeditor, and they adore all things fantasy and sci-fi.