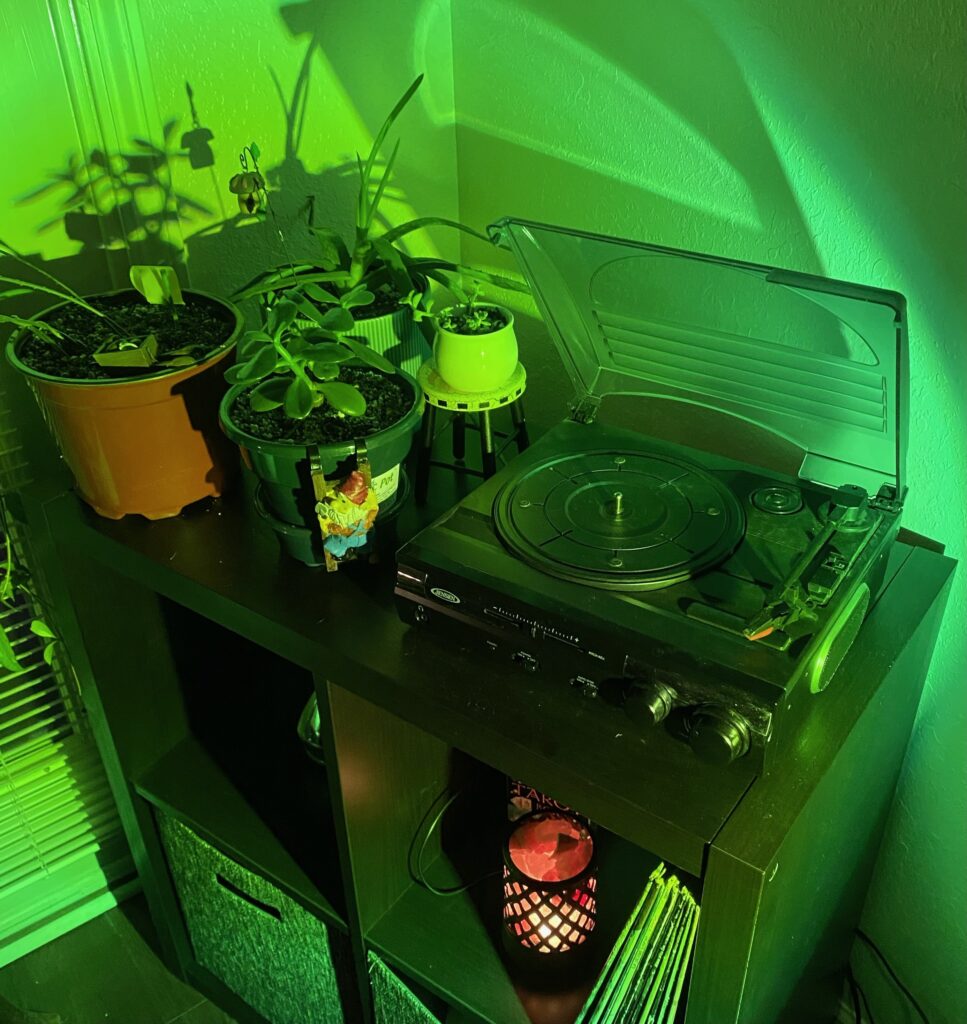 Music is a reflection of culture; it’s a response displaying the collective energy of the population. One way to investigate the state of a society is by turning on the radio, or, more applicable to 2022, one’s preferred streaming service. As current culture heads toward unrest and tension, music follows.

Times of crisis have consistently produced faster (and, incidentally, more danceable) music as people escape from their lives into the fantasy of pop culture. For obvious reasons, the world is going through it right now. Despite the current calamities, pop music is generally faster and happier than ever.

To examine and uncover trends within the music industry, Spotify’s data analysts looked at a few different variables. Beats per minute identifies the speed and tempo of a song, and songs receive an energy and danceability value based on how they compare respectively in these areas. Music can also be measured by its valence, or the musical positiveness conveyed by the track.

Although pop music, as it is known today, has only been around since the 1950s, people have always danced through times of trouble. The worst financial crisis of modern history, the Great Depression, was no exception. The 1930s left the economy devastated and its citizens in despair. Despite the doom and gloom of daily life, people wanted to dance. By 1935, jazz music was at its peak, and the era of swing and big band music had commenced.

With a distinctive rhythmic sound, Carnegie Hall says swing music “replace[es] steady eighth notes with lilting, ‘swinging’ eighth notes, adding accents and syncopation—all anchored by a walking bass line. This gives the music an undeniable groove or beat.” Swing music derives its influence from prolific black musicians and musical arrangers of the time, including Louis Armstrong, Duke Ellington, Cab Calloway and Fletcher Henderson. As the pioneers of jazz and swing, these big bands were regularly played on the radio. When the depression worsened, more people turned to faster music and dance as an outlet and escape, integrating the jazz genre and sparking the worldwide spread of swing.

By 1931, the unemployment rate in America had reached about 16% and would soon become much worse. Meanwhile, Rudy Vallee’s hit song “Life Is Just A Bowl Of Cherries” seemed to lift spirits. With an upbeat tempo of 122 BPM, the song goes, “Life is just a bowl of cherries. / Don’t take it serious, life’s too mysterious / You work, you save, you worry so / But you can’t take your dough when you go, go, go.”

Cheerful and promising music can be cathartic in times of suffering, and it is no surprise that this song resonated with so many. What may on one hand be a collective act of escapism may also be a radical act of hope needed to face reality.

The song “We’re In The Money” from the film “Gold Diggers of 1933” turns the Great Depression on its head. It contains hopeful lyrics like, “We’re in the money / The sky is sunny / Old man depression, you are through, you done us wrong,” and, “Gone are my blues and gone are my tears / I’ve got good news to shout in your ears / The long lost Dollar has come back to the fold / With silver you can turn your dreams to gold.”

The song echoes the wishes of society in financial collapse. Although the song reads like a post-depression anthem, 1933 was the worst year with an unemployment rate of 25%. In this context, it is hard to read the celebratory lyrics as anything less than a prayer.

The trend continued through World War II, when the United States levied high federal taxes against dancing nightclubs, resulting in infamous “No Dancing Allowed” signs. This absence of dance clubs led to faster music at home and sparked the spread of what would eventually become the most iconic dances of the era: the Jitterbug and the Lindy Hop. The military brought these cheery dances abroad to raise spirits in times of war. While their loved ones were away, military families at home picked up the dances and joined in on the escapism.

Almost a century later, people are still turning up the music in times of unrest. The 2008 financial crisis was responsible for the worst economic downturn seen since the Great Depression. Despite this devastation, the popular music of the time delivered nothing less than hit after hit, with countless party and club anthems that people couldn’t get in the car without hearing.

In 2009, the worst financial year of the Great Recession, chart toppers included The Black Eyed Peas’ “I Gotta Feeling,” Lady Gaga’s “Just Dance,” Kesha’s “Tik Tok,” Jay-Z’s “Empire State of Mind” and Rihanna’s “Please Don’t Stop The Music.” With themes of luxury, escapism and radical optimism, these upbeat and positive tracks provided comfort in the fantasy of extravagance. Despite most peoples’ situations at the time, almost every song on the radio was about loving life and getting money. Music was fast and people were dancing.

As the world came out of the recession, they faced a new threat: the apocalypse. With hindsight, the fear may seem silly, but the 2012 hysteria was real. Thanks to mass misinterpretation of an ancient Mayan prophecy, along with other catastrophic predictions, the time between 2010 and 2012 produced an aura of impending doom. However, this fear again resulted in some of the greatest pop music of the decade.

In 2010, Jay Sean and Nicki Minaj released the undisputed apocalypse anthem “2012: It Ain’t the End” sitting at 127 bpm. In 2011, Britney Spears released her 132 bpm hit single “Till the World Ends.” Other notable classics building up to 2012 include Nicki Minaj’s “Starships” at 125 bpm and Rihanna’s “We Found Love” at 128 bpm. The sentiment of “we found love in a hopeless place” was especially applicable to the supposed imminent apocalypse.

When hysteria dies down and the water settles, music follows. Pop music gradually becomes slower, safer and more predictable. Instead of music serving primarily as a means of escape, it takes on an air of reflection. As BBC music reporter Marks Savage said, “By 2017, the average tempo of a hit single in the UK was 104 beats per minute, down from a high of 124bpm in 2009. In the US, where hip-hop is more prevalent on the charts, it fell as low as 90.5 bpm.”

With top singles including Harry Styles’s “Sign of the Times” and Adele’s “Hello,” these few years of relative financial stability gave time to reflect. An era characterized by ballads as well as safe and repetitive pop like The Chainsmokers and Ed Sheeran, the late 2010s had fewer dance-worthy hits.

But now more than ever, people are partying to faster music as a comfort in tough times. Savage said for the BBC that “the average tempo of 2020’s top 20 best-selling songs is a pulse-quickening 122 beats per minute. That’s the highest it’s been since 2009.”

Over the past few years, artists like The Weeknd have been reinventing their sound with influences of 80s synth pop and new wave. As the number one song of 2020, “Blinding Lights” sits at a staggering 171 bpm with unmatched energy. His more recent hit “Gasoline” combines a faster than average tempo of 123 bpm with melancholy lyrics. If there’s one thing most people want to do right now, it’s dance through the pain.

This danceability score is finally up again with recent releases from the likes of Dua Lipa and Lady Gaga. Dua Lipa’s “Future Nostalgia” embraces the sound of disco and pop-funk with a modern upbeat influence while Lady Gaga welcomes the sound of hyperpop on her remix album “Dawn of Chromatica,” working with multiple young producers to usher in the sound of the future. Other top artists in dance pop and hyperpop include Charli XCX and Rina Sawayama, who have both amassed a following for their addictive and exaggerated takes on pop.

In a statement to Pitchfork, Sawayama described her biggest song “XS,” a play on “excess,” as a glaring critique and satirical take on society’s current problems. She said, “‘XS’ is a song that mocks capitalism in a sinking world. Given that we all know global climate change is accelerating and human extinction is a very real possibility within our lifetime it seemed hilarious to me that brands were still coming out with new makeup palettes every month and public figures were doing a gigantic house tour of their gated property in Calabasas in the same week as doing a ‘sad about Australian wildfires’ Instagram post.”

“I mean I’m guilty of turning a blind eye too,” Sawayama said, “because otherwise it makes me depressed. We’re all hypocrites because we are all capitalists, and it’s a trap that I don’t see us getting out of. I wanted to reflect the chaos of this post-truth climate change denying world in the metal guitar stabs that flare up like an underlying zit between the 2000s R&B beat that reminds you of a time when everything was alright.”

Music is arguably one of the biggest signifiers of culture. Whatever the current wants or fears, pop music will reflect it. Whether it’s an escape or a crutch, it’s hard to imagine living through a crisis without your favorite songs to keep you company. And ultimately, there is no better time for club music than when you can’t go to the club.

Amanda Kiefer is a junior double-majoring in English and professional and public writing, with a focus in literary studies. She is currently exploring her passion for editing as well. In her free time, she enjoys finding new music and watching old horror movies.