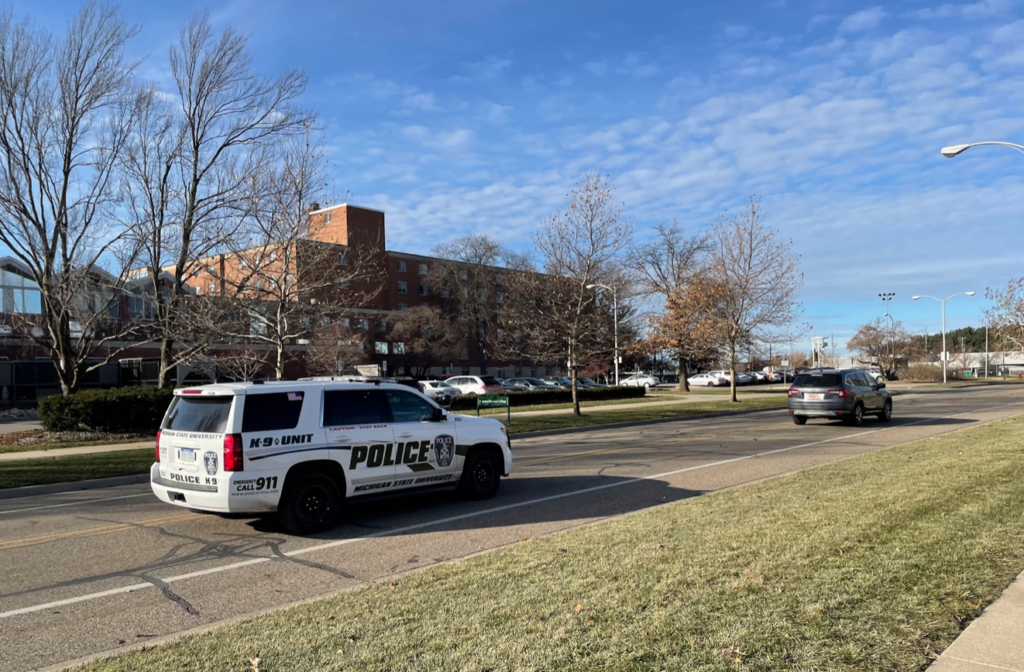 “I can’t breathe.” Three simple words that have changed the American landscape forever.

On May 25, 2020 police officer Derek Chauvin murdered Minnesota civilian George Floyd, who was accused of using a counterfeit $20 bill. Floyd was handcuffed and left helpless as Chauvin held his knee against Floyd’s neck, seemingly ignoring his pleas for mercy.

This act would play a significant part in the Black Lives Matter protests that took place across America the next several months. While the movement existed before Floyd’s death, the frequency and public support of these protests would grow considerably over 2020, even as a global pandemic made it harder for people to assemble.

Rallying cries of these protests came in several slogans including, “All Cops are Bastards”—often shortened to “ACAB”—and “Defund the Police.”

Many of these statements may seem radical to some, but others, such as Alex, who has chosen to remain anonymous, feel they are encompassing of the movement.

“I think cops do some important things, and I don’t want to pretend that’s not true,” they said. “If there was a campus shooter, yeah, I’d want someone to respond to them.”

Alex clarified that they continue to see the need for law enforcement in the United States; however, they still have issues with the police.

This, for many, seems to be one of the big reform ideas behind protests against the police. Despite the well known motto of “To Protect and Serve,” many officers don’t see themselves as humble civil servants.

Dean Crisp, who served as a police chief for over 30 years, gave a speech titled “How The Warrior Mindset Shapes Law Enforcement,” in which he said,  “One of the things the police officer is absolutely equipped with is what we call a ‘warrior mindset’ … because as soon as a police officer is brought in, we start to talk to them, to train them for shootings, for tactical technical scenarios.”

In his speech, he discusses  how warriors only focus on combat and how this leads to police officers misunderstanding their role and responsibility to the communities they serve.

“In reality, it’s the job of the police officer to protect the constitutional rights of all people,” Crisp said. “Sometimes a warrior mindset can be a ‘us and them’ mindset. That’s the last thing we need from the police.”

However, a warrior mindset might not apply equally to all people. According to the Pew Research Center, nearly seven in ten of officers believe that “some or most of the residents of the areas they patrol share some or most of their values.”

This statistic might seem encouraging until it’s framed in reverse: Roughly 30% of the polled police apparently believe that the majority of people in the areas they patrol share practically no values with them. And even believing that most people share your values doesn’t necessarily prevent one from acting with a warrior mindset.

Of course the warrior mindset might be very hard for many police officers to escape, especially when violent enforcement of the law is perceived as a large part of the job. A potential solution can be seen in the city of Madison, Wisconsin.

On August 26, 2021, the city of Madison officially launched a new program known as the Madison Community Alternative Response Emergency Services or simply, Madison CARES. This program creates a team consisting of a paramedic and someone trained in mental health.

The hope of this program is that it’ll allow the city to have safe, specialized responses to non-violent mental health crises. Normally, the police would respond to these emergencies, but police officers, who might be untrained for such situations, could potentially escalate it into further harm.

A national adoption of this program could hopefully reduce the number of unnecessary deaths caused by police officers. However, some evidence suggests that this wouldn’t be enough and could be easily undermined. This was what happened to the “Policewomen” movement, which properly started with the first designated policewomen in the early 20th century.

In 1998, Dorothy M. Schultz published “Invisible No More: A Social History of Women in U.S. Policing.” Schultz served as a police captain before pursuing her doctoral degree, giving her both an academic and real-world understanding of policing.

In her essay, she discusses the development of policewomen as a concept, which started with Prison Matrons, women who intervened in the prison system after noticing systemic abuse of female prisoners. Schultz states that these early policewomen didn’t see themselves as simply fulfilling the same roles as their male counterparts.

“Nor did they view policemen—usually of a lower class and education level than theirs—as their equals,” Schultz said. “Although they did stress the need for cooperation with male personnel, they also eschewed the most obvious trappings of policing. They were vehemently opposed to uniforms and most chose not to carry firearms even if permitted to do so.”

This might make them seem like an early progressive form of policing, and while this might be true, this system was far from perfect. These women, often well educated and from well-off backgrounds, were concerned with the moral degradation of poor or underprivileged women. This, however, sometimes led to these women focusing more on controlling what offended their views, rather than enforcing the law. Schultz said they were “as much social controllers as they were social workers.”

However, this role has changed overtime, and it was the push for equality in the police force that undermined this early police reform. Women who wanted to succeed and gain recognition in the police force abandoned their previous roles and instead adopted the roles of their male counterparts.

“By the late 70s and early 80s, women were joining the police force for the same reason as men,” said Schultz, which removed a potentially beneficial aspect to policing. Now, that potential needs to be reintroduced at a granular level.

Of course history doesn’t necessarily repeat itself, but the potentiality is important to note when thinking about the future of policing. The risk of incremental change is that it can be reversed, potentially even in the name of social progress.

This is the mindset of those who want to create radical change.

As Alex said, “We live in a society that feels that it needs to police people only because of conditions created by not caring for people.”