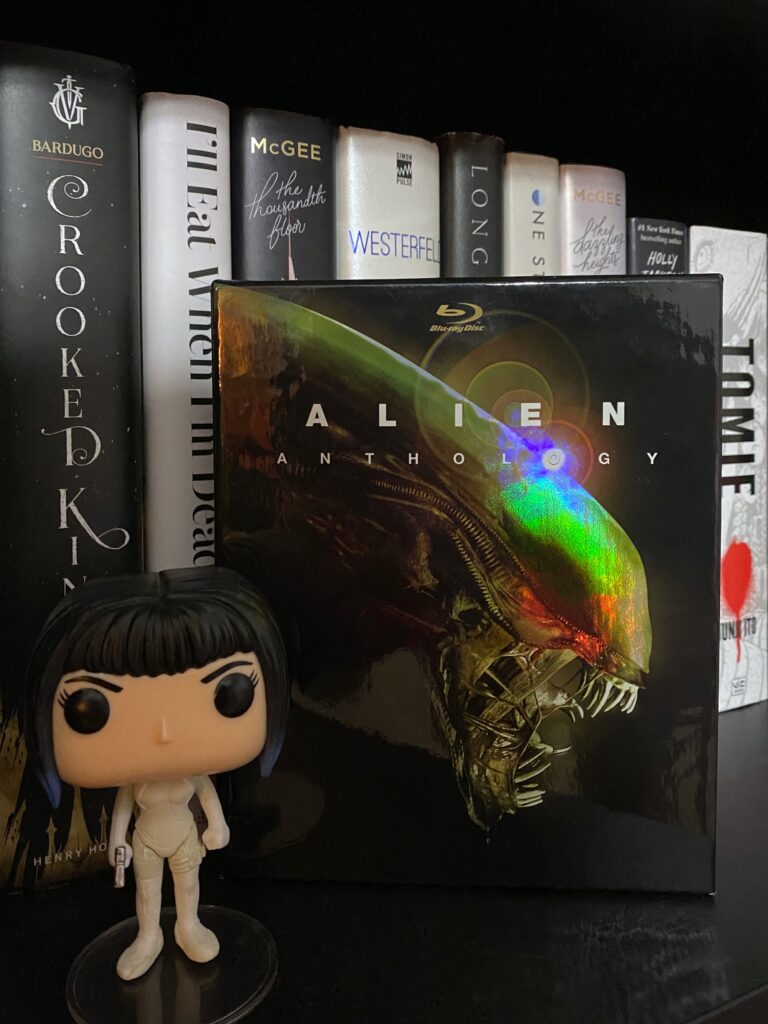 Released in 1979, Ridley Scott’s “Alien” has captivated audiences for decades. The science-fiction horror film introduced the public consciousness to the terrifying, super-powerful alien known as the Xenomorph. It showcased one woman’s bid for survival; following the now-iconic Ellen Ripley as she maneuvered around a massive spaceship, constantly outsmarting a nearly invincible superpredator to do the unthinkable: stay alive.

“Alien” has remained iconic since its debut, expanding to include four main-series films, two prequel films, comic books, novels, video games and even arcade games. In addition to creating a marketable franchise spanning decades, “Alien” has been consistently praised for introducing the world to the first woman action hero. Before the likes of “Alien,” action heroes were strictly men. When one thought of action heroes, the Mad Maxes and Dirty Harrys of the film world came to mind long before a woman character ever did. “Alien” changed that by establishing Ellen Ripley into pop culture.

Generally—and perhaps surprisingly—the film treats its protagonist well. Ripley is presented as a woman who is well-respected and intelligent and who will do everything in her power to keep her crew safe. Ultimately, Ripley survives when no one else does although she fights for the survival of others just as hard as she fights for her own. She holds the position of third-in-command (at least, while her crew is alive), and her peers do not dispute her ability to lead.

Those around her repeatedly rely on her wit and survival skills to survive, which becomes a pattern across the later films as well. Call it luck or fate, but Ripley repeatedly ends up in situations where she must lead a ragtag group toward survival against unspeakable odds. Her ability to hold it together in dire situations commands respect, and those around her end up regarding her as highly as she deserves.

This respect, however, does not come naturally. Throughout her adventures, Ripley finds herself amongst people who refuse to take her seriously, even when she repeatedly emphasizes the severity of their situation. Sigourney Weaver’s performance as the witty space heroine is so convincing that audiences will find themselves glaring at the scene in frustration as they watch yet another group of space explorers brush off Ripley’s intelligence and lived experience—which make her the most capable person in the room at any time.

It only takes one encounter with the unknown for the onscreen presences to realize how invaluable Ripley’s leadership is, resulting in some deeply satisfying moments across the  “Alien” film series.

Like any other hero, Ripley doesn’t beg for respect. She doesn’t need to. Her desire to keep herself and others safe occasionally leads to her getting emotional when others won’t heed her warnings, but these moments are essential to conveying the desperation of the films. Not once are Ripley’s displays of emotion painted as moments of weakness.

Part of what makes Ripley so likable is that she doesn’t hold back from expressing her feelings. Plenty examples can be found in the second film, “Aliens,” wherein Ripley is found floating in space years 57 after the events of the first film, having fled in an escape pod. When she shares her experiences with Weyland-Yutani, the multinational corporation that oversees a fair amount of the space travel and exploration done by crews like Ripley’s, she is immediately dismissed. Ripley doesn’t let this dissuade her. Through her frustration, she stands her ground and emphasizes the dangers surrounding the alien she encountered.

This scene, and others like it, is not framed as an overly emotional woman throwing a fit when she doesn’t get her way, nor is it framed as a woman who is so worked up she can hardly control herself—like women tend to be portrayed in film. Instead, the scenes are treated similarly to moments when male protagonists must raise their voices in the name of justice.

Ripley does raise her voice and grab some papers to wave around for emphasis, but she remains remarkably composed overall. Even when she is told her license will be suspended, she doesn’t hesitate to approach the man in charge of her hearing and sentence, even going so far as to block him from exiting the room when he tries to end their conversation prematurely.

These actions are less unheard of when it comes to men action heroes, but watching a woman confidently question her superiors in the name of others’ safety was practically unheard of. Before Ripley, carrying out these extreme behaviors was reserved exclusively for men.

Throughout most of the film, Ripley wears surprisingly realistic clothing. No skin-tight suits or latex, the leading lady spends most of her time in a jumpsuit appropriate for her situation and not unnecessarily sexualized. It’s not all roses—Ripley is still sexualized throughout the films, most notably when she is entering and exiting her stasis chamber. These chambers essentially place their inhabitants into a scientific coma, relieving them from experiencing the countless grueling hours of space travel and preventing them from aging while doing so.

All of the characters onboard are in their undergarments when going in or out of their stasis chambers, but there is a scene in the few moments before Ripley’s final fight with the Xenomorph where it is more than obvious that she is only in her undergarments for the sake of sexual exploitation. Still, her decent attire throughout the majority of the film does not go unnoticed.

All things considered, Ripley is hardly presented as any different from any other male action hero of the time. Perhaps this is because Ripley was initially written to be a man. It’s hard not to think that, had she been written as a woman, Ripley wouldn’t be the same beloved character she is in the film.

Regarding the decision to cast Ripley as a woman, director Scott said in an interview with LA Times, “I think it was Alan Ladd [then president of 20th Century Fox] who said, ‘Why can’t Ripley be a woman?’ And there was a long pause, that at that moment I never thought about it. I thought, why not, it’s a fresh direction, the ways I thought about that. And away we went.”

Weaver said in an interview with Reuters, “I think the original script was all men. When they came to write the new script, they did talk about who should be the survivor. And I think the reason they ended up making Ripley a woman was that, at that point, no one would think an unknown would be playing the survivor.” Whether it was for shock value or due to an off-hand comment by a higher-up, the decision to cast Sigourney Weaver as Ellen Ripley was the right one.

Overall, Ripley, as a woman action hero, is not shown to be too different from a male action hero, but the films do a great job of emphasizing the strengths that make Ripley exactly who she is. The films do not shy away from the intense motherly love Ripley possesses, and it is highlighted in “Aliens.”

After learning that her daughter passed away while Ripley was floating in space, another unexpected mission lands her on a different planet, where she discovers a young girl named Newt, who survived after her family was killed by a Xenomorph. Ripley’s maternal instincts immediately lead her to fight for Newt’s survival just as fiercely as her own. It’s refreshing to see familial love and maternal instincts being portrayed as strengths rather than weaknesses.

These traits have gone on to create yet another badass woman action hero in the “Alien” universe because the “Alien” franchise is responsible for more than just one epic Ripley. In 2014, Creative Assembly released the video game “Alien: Isolation” which introduced players to another kick-ass Ripley. Fifteen years after the events of the initial “Alien” film (but decades before the events of “Aliens,” because Ripley remained in stasis for 57 years before being discovered), her daughter, Amanda, is provided the opportunity to investigate the disappearance of her mother.

Despite knowing nothing about the Xenomorph or the conditions under which her mother went missing, Amanda Ripley dives face-first into the danger that awaits her, willingly risking everything for a chance to find out what truly happened to her mother. The mother-daughter bond shared between the Ripleys of two generations is showcased in a positive light. Amanda Ripley makes it clear in the game that she would not have put herself in such a dangerous situation were it not for her love for her mother.

The impact of “Alien” and Ellen Ripley’s character on society is not just conjecture. In 2002, “Alien” was added to the Library of Congress’ registry of “culturally, historically, or aesthetically significant” motion pictures. The list was established under the National Film Preservation Act and preserves iconic films by adding 25 to the registry every year. Since “Alien,” women and girls have had the opportunity to see themselves as heroes in film. Sarah Connor of the “Terminator” films, Beatrix Kiddo of “Kill Bill,” Selene from “Underworld” and more have graced the cinema screen as iconic women action heroes, following in Ripley’s footsteps.

Julita Fenneuff is a senior majoring in professional and public writing with a minor in Spanish. She has a deep interest in pop culture and wants to make a change with her writing. In her spare time she enjoys reading, playing video games, and spending time with her pet bunny.