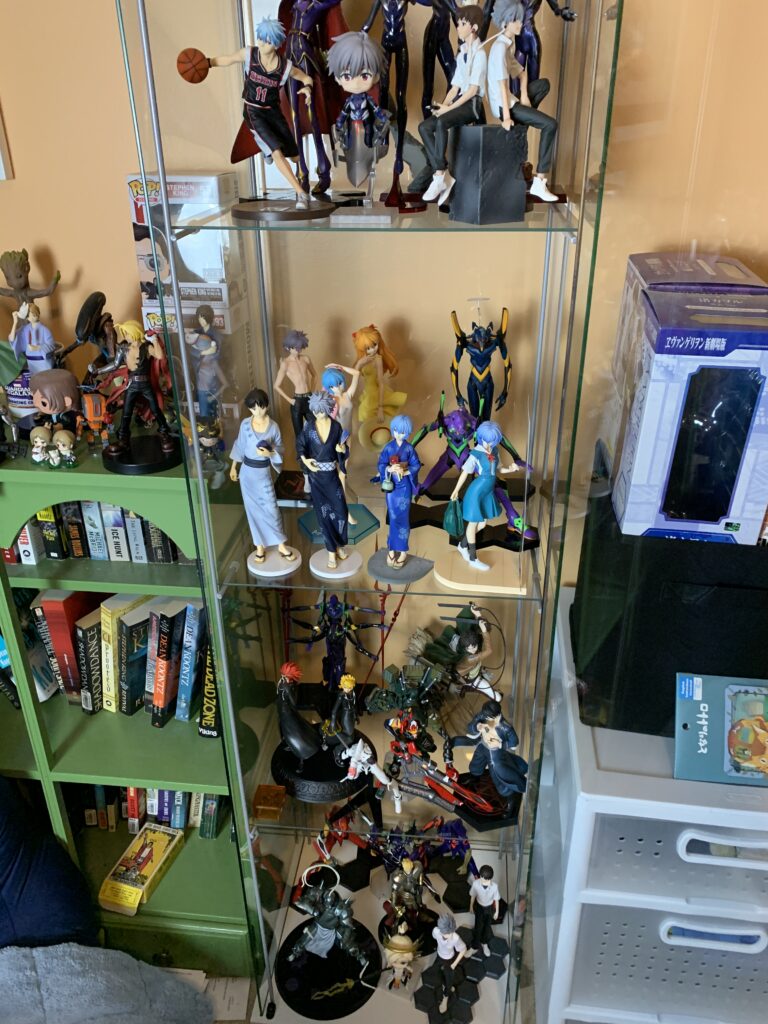 In recent years, anime has experienced a boom in popularity with movies like the “Demon Slayer” anime bringing  in $7.9 billion total. The movie “Demon Slayer: Mugen Train” was the highest earning film of that year and the first non-Hollywood and non-American film to top the box office in several years. Compared to 10 years ago, this is a huge growth, showing how anime’s popularity has increased.

The anime boom hasn’t been random or sudden, however. It started back in the 1980s as anime became more prevalent in the United States with cable and VHS tapes. And, in the 1990s, it  started to air on TV, which further increased its overall reach and accessibility. The Sci-Fi Channel, Cartoon Network and Network One incorporated popular anime into their lineup of shows, and Sci-Fi added a “Saturday Anime” block with “Sailor Moon” in 1995 and “Dragon Ball Z” in 1996.

With the advent of the Internet, anime became even more popular with easier access to the content, as well as the increased ability for fans to connect with each other. With this increased popularity, new production companies were formed, and older ones continued to churn out anime after anime, making it more common to see anime on TV.

The downside to all this was that it caused an “anime bubble.” Prices became way too high, as did expectations, even for smaller titles. “This led to a glut and subsequent bust that affected not only American companies but Japanese ones that had been counting on American revenues,” Cooper said. Nonetheless, anime continued to gain fans.

Tatsuya, a student at the University of Michigan, discovered a love for anime by watching it on TV. “So you got the Saturday morning cartoons, and then sometimes they show Pokémon,” he said. “I’d catch some Pokémon once in a great while; maybe an episode of Naruto. I knew it existed, but I just kinda thought that anime was like a subset of cartoons for a while. I didn’t realize it was its own separate thing. …  I guess I really started watching anime in seventh or eighth grade.”

Aisling, a fifth-year student at MSU, had a similar story. Like Tatsuya, she said, “I did not realize I was watching anime when I was a kid. I thought it was just regular cartoons because as a kid you don’t really segregate it like that. You just think, ‘Oh, I’m watching a cartoon.’”

Anime went through a lot of changes in the 2000s, especially with the creation of DVDs and Blu-ray discs. DVDs became the primary format since they did not degrade over time and were able to contain extras and other versions. Combo packs of both DVDs and Blu-rays became common as anime companies took advantage of both formats.

“Fans often decide they want to own physical copies of shows they’ve streamed and enjoyed,” Cooper said. “And these fans are more likely to want pricier collector’s editions packed with extras and a nice box to display.”

Aisling was passionate about these nice editions, especially if they contained an artbook. That was the decisive point on whether she would buy it or not. “If it gives me an art book, yeah. Give me the art book. That’s what I want in the end,” she said.

Before the days of streaming, these collector’s editions made even more sense. When Tatsuya was younger, he often asked for anime as a present.

“I don’t tend to get physical copies anymore, but like, back when it was spotty or you couldn’t really find stuff on any of the big streaming services, I would ask for it for Christmas or something like that,” he said.

The 2010s were a more stable time for anime. Expectations were more reasonable, and anime companies were more selective in what they released. But much like the creation of DVDs, the introduction of streaming services drastically changed the anime industry.

Streaming revenue started making up a large portion of profits in the anime industry as it made anime more accessible. Companies were more onboard with streaming since it solved the issue of downloads being pirated and profits being lost. Streaming could also be restricted by location which means reverse imports were no longer a threat to Japanese executives. They feared this because Japan and North America were grouped in the same Blu-ray region.

Tatsuya, like many fans, has noticed this shift to a heavier reliance on streaming as well as how it is becoming more mainstream to show anime movies in theaters. “Demon Slayer,” “ Studio Ghibli,” “Your Name” and “My Hero Academia” have all had theatrical releases with resounding successes.

He said, “As far as anime changing in the U.S., I’ve noticed recently more access to it on mainstream platforms. … When I first was getting into anime, I wouldn’t have imagined being able to go to a showing of something in a movie theater, but now, like the Demon Slayer movie [is] huge. I guess that first kind of started up for me in 2016-ish, whenever I was a sophomore in high school … but they were showing ‘Your Name’ in theaters. And I watched them right after my SAT, and I was like, ‘Oh my God, this is amazing.’”

Fans were so dedicated to anime that they would buy both the dubbed and subbed versions of shows, even though subbed often had a higher price tag. This allowed the anime industry to grow with the influx of money. Prices eventually came down as anime became more mainstream and popular.

Subbed versus dubbed is a topic that anime fans have debated over for years. It has died down since the creation of DVDs, but in the 1990s, it was a topic that people felt very strongly about. Due to restrictions with VHS, fans were only able to get either subbed or dubbed, not both. Subbed versions stayed in the original language and had English subtitles while dubbed versions replaced audio with newly recorded English dialogue.

Tatsuya noted an interesting point on subbed versions of anime. “A lot of older stuff— 000s anime—if it’s subbed, it’ll have a translator’s note: ‘This is what the heck they’re talking about,’ which is kind of neat. But then also some [have] light novels or visual novels,” he said. “I just started the Clannad visual novel, and it has an Encyclopedia of references to Japanese culture, and whenever someone makes one of those, you can look it up and see, ‘Oh, okay. This is what that is.’ And then you just have it there for reference all the time, which is cool.”

Now with DVDs, Blu-rays and streaming, fans have access to both the subbed and dubbed versions of anime. Each person usually has their own preference on which they prefer. For instance, Aisling likes to watch both subbed and dubbed. For her, one of the most important things when choosing are the voice actors.

“I chose to watch the dubbed for Hunter x Hunter because there’s a lot of really big names in there,” she said. “Like Erica Horlacker is in it. Christina Mendez, Keith Silverstein—all those people are in that. And I know them from other things, and that makes me want to watch it more.” However, she said she watched “Jojo’s Bizarre Adventure” subbed because she was in love with Dio’s Japanese voice actor.

As a result of anime becoming more popular, anime merchandise can now be found in a lot of mainstream retailers such as Hot Topic, which has whole sections dedicated to anime. Even big box stores such as Walmart and Target carry anime merchandise, though the variety they have is not nearly as diverse as Hot Topic. Still, contrasted to the 2000s, it is astonishing to see how mainstream and popular anime has become.

Anime has changed a lot since the 1990s, but the growth has generally been positive. Aisling said, “It’s becoming more mainstream, so people have better access to it. And so more people, by default, are watching it and enjoying it.”

The recent success of “Demon Slayer” and all the money it has brought in only further proves that point and shows just how much anime has grown.