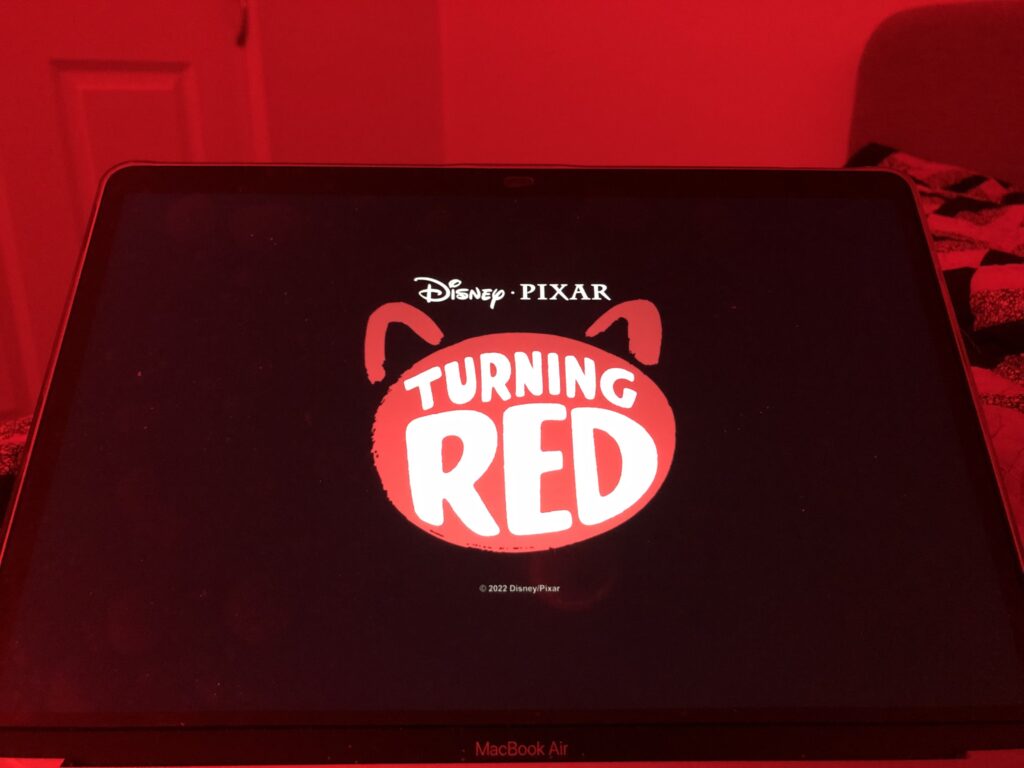 Pixar films have faced controversy before. “Finding Dory” came under fire for (barely) featuring a lesbian couple in the trailer for the hit sequel, causing people to debate how and if LGBTQ+ characters should be portrayed in children’s movies. Pixar was scrutinized for their film “Brave” because it was almost the first Pixar film to be directed by a woman until Pixar replaced her with a man due to “creative differences.” And “Cars 2” was lambasted for, well, existing.

Those controversies, however, seem to pale in comparison to the controversy of “Turning Red,” which has taken root on social media by attacking the very thing that makes this movie so special: its nature as a film devoted to representation.

Director Domee Shi has been very clear that “Turning Red” is meant to encompass her past as a teenage Asian girl growing up in Toronto. She also acknowledges and embraces her status as a trailblazer for female Asian film representation in Pixar in an interview with Vanity Fair, saying that she feels the pressure of her role “because there’s a scarcity of our stories in the media.” At no point does she deny that this film is about her experience and that it is meant to resonate with many girls who may not frequently see “themselves” in media.

Many critics have felt that Shi’s representation has actually caused alienation. CinemaBlend managing editor Sean O’Connell described Shi’s film as “limited in scope,” “too specific and narrow” and “exhausting” before deleting his review and tweets about the film due to backlash.

The overall sentiment of his review was that a film about a young Chinese-Canadian girl was hard to relate to for audiences that may be male, American, non-Asian or generally of a different background than the protagonist Mei. The confusing thing about this argument is that this is far from the first Pixar film to be focused around a main character’s cultural background. “Coco” and “Brave,” about a Mexican teenage boy and a medieval Scottish princess, respectively, are both Pixar films renowned for focusing on the cultural backgrounds of their main characters.

All three films (“Coco,” “Brave” and “Turning Red”) feature rebellious teenagers willing to go to great lengths to embrace their true identities, making it seem unusual that “Turning Red” has faced more backlash online than the other two. Perhaps the relative realism of “Turning Red” makes parents think it’s harder for their kids to relate with Mei than with Miguel of “Coco” or Merida of “Brave.” Or, maybe it’s simply the current political climate—Asian hate crimes have been on the rise throughout the pandemic, and the unapologetic embracement of Asian-Canadian culture could be triggering some of those sentiments.

Whatever the case, “Turning Red” caused people to criticize the film’s cultural focus through buzzwords such as “limited in scope” or “unrelatable.” But it’s not the only reason the film has been facing backlash. A brief scene in the film about periods and teenage puberty has sparked several debates online about whether or not it is appropriate to bring up periods in movies created for children.

Several parents who didn’t know about the short scene later complained on social media about its inclusion. True Girl, a Christian organization focused on improving relationships between mothers and daughters, highly recommended that parents don’t let their children watch without strict supervision. In addition to saying the film contains “stereotypical treatments of Asian culture that some are going to feel uncomfortable with,” True Girl says parents should “be prepared to provide some biblical solutions for responding to emotions your girl is facing” as she watches the film.

Parents took to social media and echoed True Girl’s suggestion that the film should only be shown to children under close supervision. True Girl follower Sarah Ellis said that she “would not feel comfortable allowing [her daughter] to watch this movie because she wouldn’t understand what is happening to the girl and because Disney shouldn’t be teaching our daughters about puberty.” Crystal Bender, also a True Girl follower, said, “It’s only geared towards teenage girls and up. For a small audience! Not for my 6 year old and 9 year old boys.”

Despite medical experts responding with claims that period education for children is not only appropriate but can also help eliminate harmful stigma for young girls, some True Girl followers and other parents openly reject the idea of including periods in children’s movies. However, even on True Girl’s post, many comments laughed at the warning and praised the movie for encouraging conversations about these topics.

Some parents believe the talk of periods was inappropriate, specifically for male children, and should be reserved for women. However, men learning about periods is helpful for combating sexism and general ignorance about women’s bodies. NASA’s male engineers infamously sent 100 tampons in space for one woman’s 7-day long space trip, prompting demands for men to be included with conversations about female puberty as well.

Shi’s film introduces ideas to society that are not only frequently lacking from children’s films, but they are also essential to promoting diversity awareness and to paving the way for diverse films in the future. The criticism of her film all across social media is representative of pushback to her film and diverse films to come.

While one solution to appease the angry voices on social media would be to lessen diverse filmmaking, the best way to better American society is to push out additional educational and groundbreaking films like “Turning Red” so that more stories may be told and people can get to know their fellow humans a little better.

Gabriel Sandoval is a junior majoring in comparative cultures and politics with an additional major in professional and public writing at Michigan State University. If he’s not working or sleeping, he’s likely watching the first episode of a television series that he will never finish.