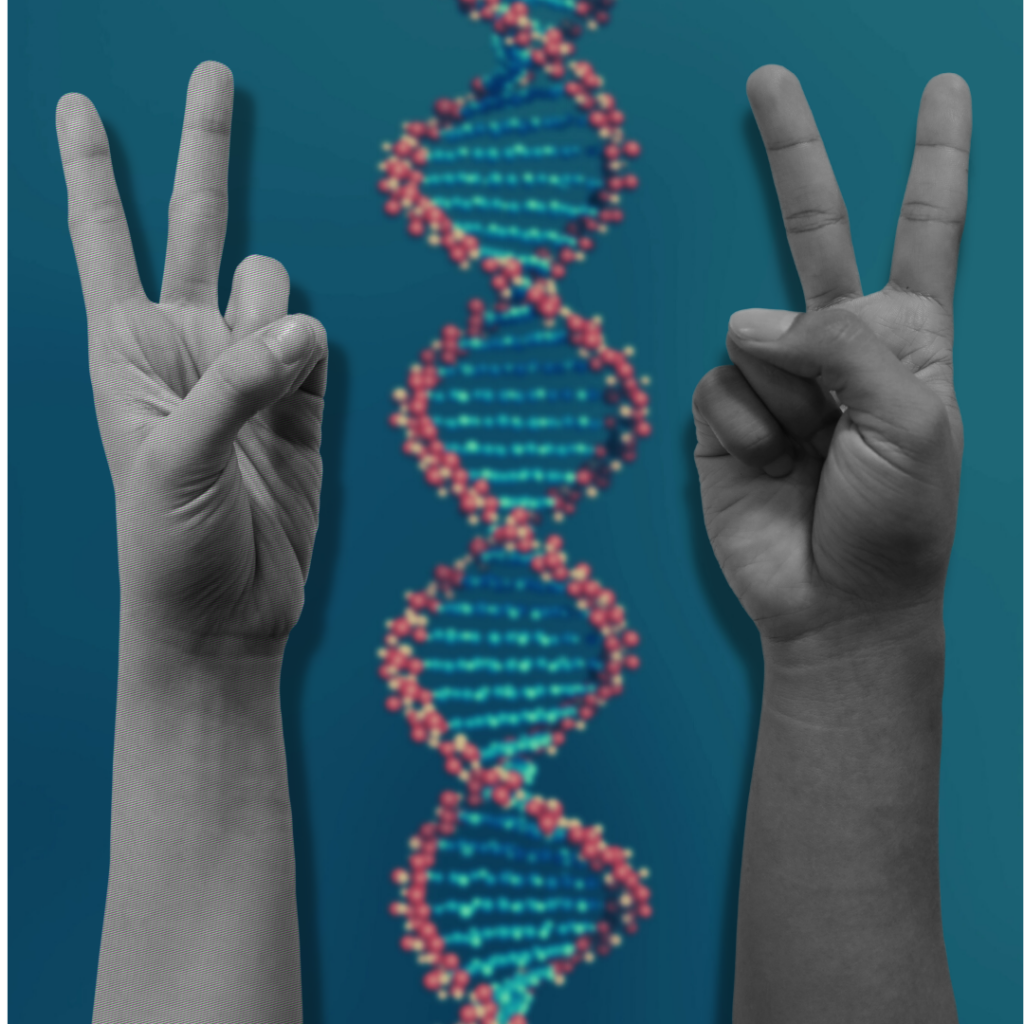 Homo sapiens have evolved over hundreds of thousands of years. And at a glance, it may appear humans haven’t changed much recently. However, with a closer look, there is plenty of evidence of modern human evolution.

One piece of evidence is the palmaris longus,  an extra tendon in the wrist. It can be seen by flexing one’s wrist like in this Vox video. The tendon used to be important for human ancestors because it assisted them in gripping trees as they climbed. However, as people stopped needing to climb trees, the tendon became unnecessary.

In fact, 10-15% of people today are born without a palmaris longus in one or both of their arms. The tendon is so unnecessary it’s often taken from the arm to repair damaged tendons in other parts of the body.

Abigail Beall, a Daily Mail columnist, said, “This effectively shows that what was once an important and vital part of our anatomy has been deemed superfluous as our lifestyles have changed. This is the very basis of the theory of evolution – that our bodies evolve in response to changing conditions, over millions of years.”

Another sign of ongoing human evolution is one’s number of wisdom. Wisdom teeth are remnants of when ancient humans used to eat plants and other foods that required a stronger jaw and more molars. As people shifted towards eating softer foods and cooking their meals, jaws became smaller and weaker, making wisdom teeth a painful nuisance.

Journalists Sean Kane and Meghan Bartels said in their Insider article about modern human evolution, “A few thousand years ago, a mutation popped up that prevented wisdom teeth from growing at all. Now one in four people are missing at least one wisdom tooth.” Thanks to this helpful mutation, not everyone develops painful wisdom teeth that may have to be removed.

Alcohol flush reaction is also a modern day sign of evolution. It’s a deficiency in the enzyme ALDH2 that causes around 36% of people of East Asian descent to experience facial redness and possibly nausea and headaches after drinking. Although it may be an annoyance for those wishing to drink, its evolutionary reason is surprising.

“While this may cause some social challenges amidst peers of more heavy-drinking ancestries, it’s an important indicator of a serious health risk,” said Kane and Bartels. “People with an ALDH2 deficiency are also at greater risk of developing esophageal cancer from drinking alcohol.” Flushing or feeling ill after drinking evolved as a warning for a population more at risk of cancer to limit their alcohol consumption.

Another example is how humans have evolved to drink milk past infancy. Like other mammals, humans were only able to digest lactose, the sugar found in milk, until they were weaned off of their mother’s milk. After weaning, they would stop producing the enzyme lactase that would help them break down the sugar, causing them to be lactose intolerant.

Evolution is the reason humans are the only mammals able to consume lactose after weaning. The ability to break down lactase into adulthood gave that population an advantage because of the many nutrients found in milk.

Smithsonian Magazine writer Joseph Caaputo said, “The ability to digest lactose is also evidence that humans are still evolving. In those 10,000 years, it arose independently in at least four places around the globe. Today, more than 90 percent of all people have some degree of lactose tolerance.”

Yet another piece of evidence of leftover evolution is wiggling one’s ears. There are many tiny muscles in the ear that some people are able to control or move reflexively.

“Ear movement is common in many mammals, including cats, dogs and horses, and usually serves to swivel the ear towards the direction of a sound,” said science journalist Brooke Borel in her Live Science article. “In humans, ear wiggling is a vestigial feature, which means it is a trait that was useful in ancestral creatures but that eventually became functionless.”

Ear wiggling is rare. Only around 10-20% of people are still able to wiggle one or both of their ears, and others can only wiggle them unintentionally, such as when they smile. It doesn’t aid in hearing and mostly serves as a neat party trick nowadays.

All this evidence shows humans are continuing to evolve. Features like the palmaris longus, wisdom teeth and ear wiggling became useless to people over time, making them unnecessary to carry into future generations. Thus, those features may continue to be lost. Other abilities such as lactose tolerance and alcohol flush reaction may become more common due to their benefits.

Who knows what future evolutionary changes humans may experience. Perhaps getting wisdom teeth removed will become a thing of the past. One can dream.

Phoenix Grubbs is a senior double-majoring in English with a creative writing focus and professional and public writing. They are an aspiring author and copyeditor, and they adore all things fantasy and sci-fi.