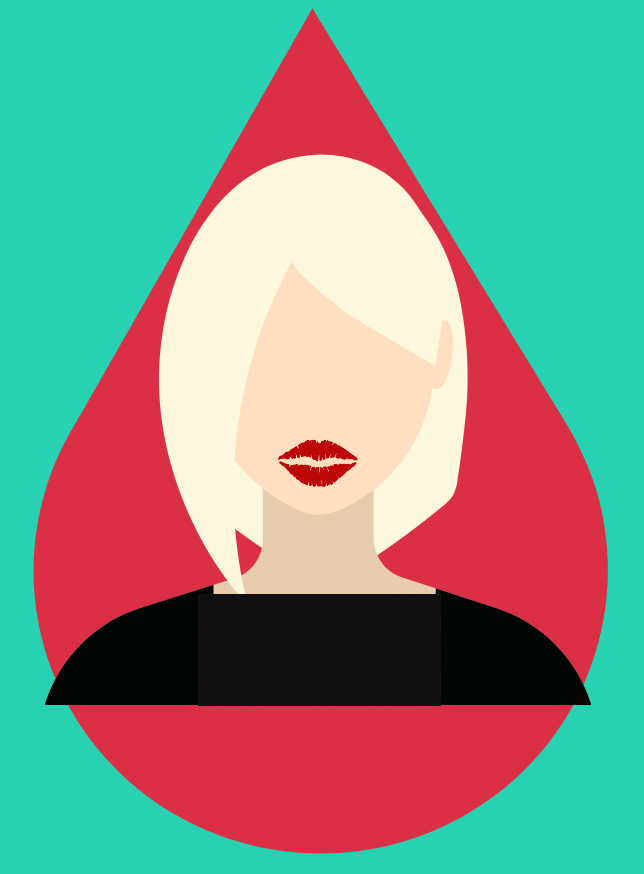 While the journey to success is a reoccurring theme in media, the added appeal of a “win for feminism” can make these stories even more marketable. This narrative attracted people to Elizabeth Holmes, who in 2015 had become Forbes’ youngest female self-made billionaire.

However, after 12 years of claiming that her company, Theranos, could diagnose patients from a minuscule amount of blood, Holmes was exposed for fraud. The new Hulu true-crime series “The Dropout” dives into the story of this woman once deemed a girlboss and constructs a down-to-earth protagonist.

From the beginning of “The Dropout,” Holmes, played by Amanda Seyfried, is written as a hopeful underdog. She unapologetically sings motivational music in front of her brother, and a flashback shows childhood bullies laughing as she runs a track meet. Although Holmes came from the security of old money, she strove for greatness. She designed a time machine when she was seven, and the death of her uncle motivated her to pursue developing an early-detection medical device.

This image of a young visionary reflects how the real Holmes describes her childhood self in interviews. She remembers herself as “probably, definitely not normal.” She loved collecting insects, fishing with her father and reading books—including, she claims, the entirety of “Moby Dick” at age nine. Given that her family moved a lot, Holmes struggled to establish quality friendships, but she was a “happy loner” nonetheless.

“The Dropout” plays on Holmes’ confusion with societal norms. In one scene, she irritates classmates in her immersion program by insisting they only speak Mandarin. In another, she struggles to match the intensity of an angel investor as they ride his yacht. There are multiple scenes where Holmes talks to herself in the mirror, practicing her reactions to things.

Holme’s social blindness leads to a strong sense of second-hand embarrassment for the audience.  Despite good intentions, she uses blunt language, and those around her often react nervously. An example of this happens when she takes her damaged iPhone to the Apple Store for repair. She strikes up a conversation with the employee about goals in life and says it must be nice for them to have no clear purpose.

Another sympathetic characteristic of the fraudster is her fangirling. She loves Steve Jobs and imitates his clothing and business practices, including designing a prototype that resembles the iPod. She also loves Star Wars and is criticized by a professor after she attempts to defend herself with Yoda’s “Do or do not, there is no try.” She later paints a mural of that quote on the wall of the Theranos headquarters.

Holme’s frequent dancing as a coping mechanism also adds humanity to her character. Ana Arriola, who appealed to Holmes because of her experience designing for Apple, has said in her podcast, “We sometimes would pull up in the parking lot together. She was rocking and slamming her head to hip-hop music, just fully rocking out. I was like, Huh. I don’t think I was meant to see that.”

Danielle Cohen wrote in her article “Did Elizabeth Holmes Really Dance Like That?” that the authenticity of Holmes’ chaotic dancing made her more relatable. She said, “At the end of the day, aren’t we all Elizabeth Holmes, dancing like an absolute freak while the world burns around us?”

In addition to her quirkiness, the series touches on the frustration of being underestimated by people. Holmes repeatedly fights against the stigma surrounding her youth and gender. Professors and family advise her to focus on her college experience, but she fixates on her blood testing idea and drops out, using her tuition money to fund a business. As a new CEO, she is scrutinized for her disheveled workspace and appearance, and a montage shows Holmes pitching to bored male investors.

Holmes is known for her unusually baritone voice, and the series uses that trait as another example of her fight to be taken seriously. In the episode titled “Green Juice,” she deals with repeated slams to her ego and leadership. Sobbing in front of a mirror as she rehearses her “Here at Theranos” dialogue, she starts to repeat the words in a deeper tone and regains confidence. Although it’s disputed whether Holmes’ deep voice was faked, this scene nods to the argument that it was part of her act.

Though Holmes could not develop a working product, she maintained a reassuring presence. According to culture reporter Thomas Mitchell’s article titled, “Six big talking points in Amanda Seyfried’s portrayal of disgraced biotech queen,” Holmes “could have had a second career as a motivational speaker.” Throughout the show, Holmes mimics accomplished entrepreneurs by using inspiring buzzwords. Before her company had even taken off, she told her assistant to order her a custom paperweight of her quote, “What would you do if you knew you could not fail?”

As “The Dropout” continues to release new episodes, the expected qualities of a fraudster emerge: Holmes makes irrational decisions, fires innocent people and fakes demonstrations. However, the initial storyline of a misguided dreamer hangs over the audience. They saw an earnest young adult become the Elizabeth Holmes that risked lives and wasted money from investors. One might infer she was unaware of the consequences of her naivety and was just a businesswoman riding the high of her fantasy. Thus, “The Dropout” seems to warn audiences that even those with the best intentions can get caught in a web of lies.

Sarah Munson is a junior majoring in professional and public writing, with a specific focus on technical writing. In her free time, she enjoys studying film, comedy and history, as well as drawing and designing.