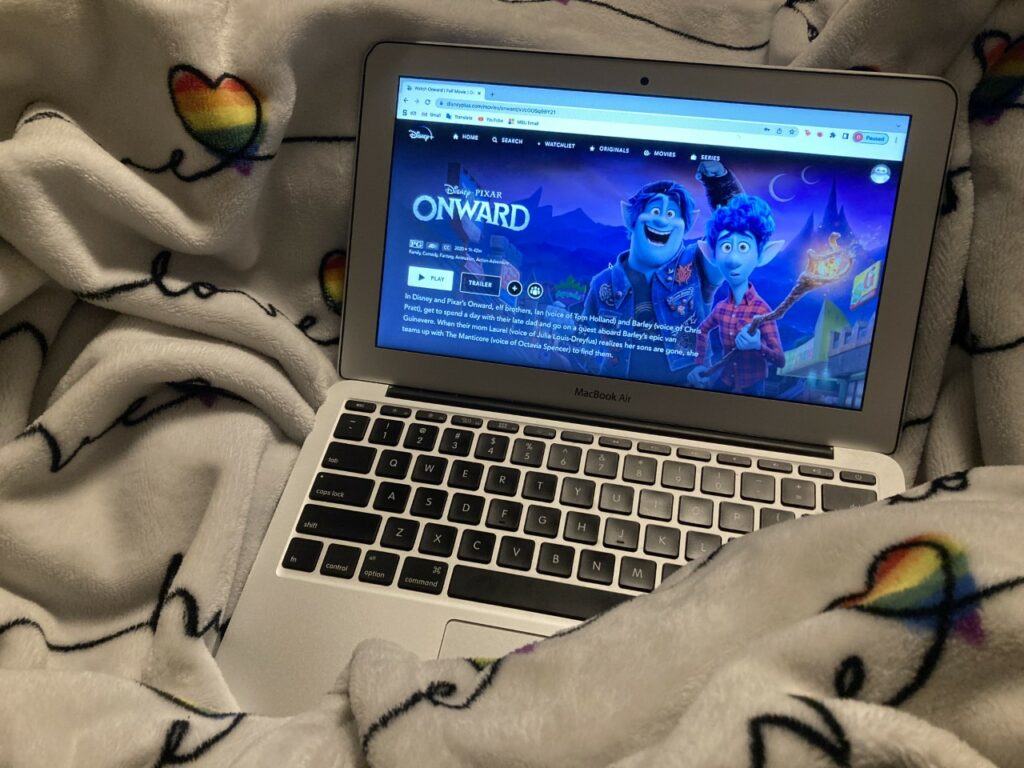 From classics like “Beauty and the Beast” to recent films like “Encanto,” Disney has won over the hearts of many with their wholesome storylines, loving characters and evolving animation—not to mention their extensive list of theme parks and other well known projects. But movies and parks aren’t the only things Disney is being recognized for recently.

On March 28, 2022, the Florida senate, led by Governor Ron DeSantis, passed The Parental Rights in Education Bill, also known by many as the “Don’t Say Gay” Bill, which prohibits talking about sexual or gender identity in Florida classrooms. This controversial act by the state government sparked tension with many large businesses both in and outside of the state, including the Disney corporation.

According to Alex Abad-Santos, Disney has gone back and forth on their stance, originally saying nothing in addition to “previously donating money to Republican politicians who have directly sponsored the bill.” After receiving a large amount of backlash, executives responded by publicly announcing that “the company unequivocally stood with its LGBTQ employees, expressing that support through ‘the inspiring content’ that the company produces.”

“I do think that it’s good that the CEO of Disney is saying now [to their employees,] ‘You needed my support and I wasn’t there for you, but I’m here for you now,’” said Addison Brown, a member of the LGBTQ+ community. “Hopefully, with how many people walked out and how much attention that brought them, Disney will see how many people care about this, [and] that’ll encourage them to be a little stronger in their support.”

With the “inspiring content” Disney claims to produce not always meeting viewers’ expectations, onlookers aren’t as confident in their future plans to make movies and shows more inclusive of LGBTQ+ identities.  While Disney has previously given its LGBTQ+ audiences small Easter eggs in some of their films, such as in Disney Pixar’s “Onward,” when a police officer mentions her girlfriend in passing, the amount of openly queer characters are few and far between. Queer protagonists are nonexistent.

n a Forbes article titled “How Many Times Is Disney Going To Introduce Its ‘First’ Gay Character?” writer Dani Di Placido said that Disney baited fans when they announced their “first” gay characters over seven times in a range of different films.

When asked to recollect any notable gay characters in Disney films, Brooklynn Harvey, a mother and a part of the LGBTQ+ community, couldn’t name any off the top of their head, but said, “It’s getting better. They have more racially [diverse] and disabled representation than they do LGBT representation. But there are no characters that are like ‘Hey, I’m gay.’”

But this representation matters, both to those in the community and to children who are growing up in today’s political climate. With films that target such large audiences, the stance that Disney makes is important for encouraging the current and future generations to strive for a more accepting society.

“Disney [has] such a big impact on kids and young adults, [so] they should be supporting them,” Harvey said.

This idea is held by many, especially young adults who grew up without the characters who looked, acted or loved like them.

On April 10, Charles Corra, step-great-grandnephew to Roy Disney himself, came out publicly as a transgender man and denounced the Florida bill.

“I don’t call senators or take action,” he  said. “I felt like I could be doing more. I didn’t see myself reflected in anyone, and that made me feel like there was something wrong with me.”

His announcement and condemnation allowed for another voice in the Disney debacle, one that supports and defends the LGBTQ+ community in and around Florida as a face of the company.

Since the 1950s, Disney has been a household name that creates magic and adventure for kids of all ages. And while that could still be true, the Walt Disney Co. has a long way to go before it can create the same magic for the LGBTQ+ community, especially after their indecisiveness with the Don’t Say Gay Bill. For now, Addison Brown is one of many that remains hopeful about the ordeal.

“There is room for growth,” she said. “Baby steps.”