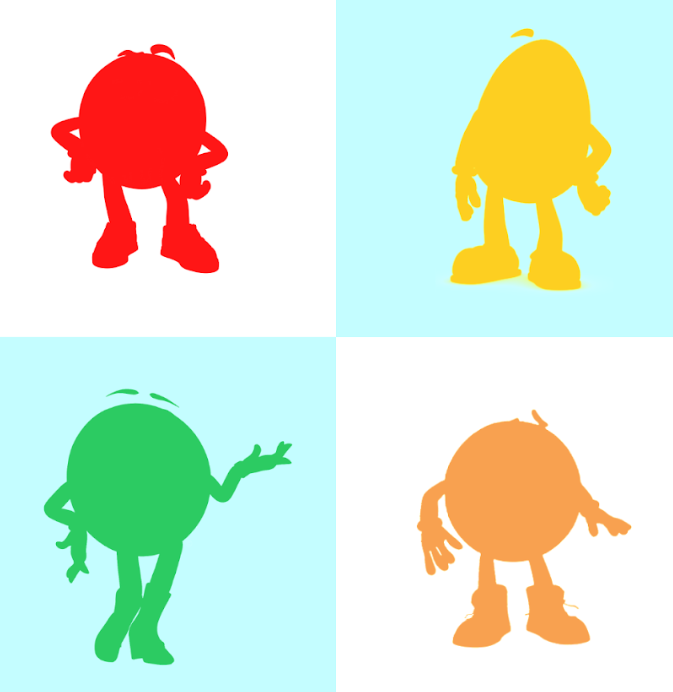 The famous chocolate company Mars announced in January 2022 they were redesigning one of their products’ famous mascots: the M&Ms.

“At Mars we believe that in the world we want tomorrow, society is inclusive,” the official announcement on their website reads.

The collective changes made to the M&Ms varied. The two prominent female-coded M&Ms have received the most visual of these changes. The green M&M had her high-heeled boots replaced with regular shoes. The brown M&M had her glasses changed slightly, and while she managed to keep her high heeled shoes, the heels were made shorter and thicker. Meanwhile, the orange M&M looks the same but is now solely characterized by his anxiety. On the website re-introducing the M&Ms, his catchphrase is, “I find your lack of concern extremely concerning,” and he is depicted with a stressed grimace.

These changes had been met with a variety of feedback. Tucker Carlson, the right-wing political pundit for Fox News, highlighted these changes and expressed outrage at Mars for making their mascots “less sexy” and “totally unappealing.” Many were confused by his outrage and wondered why he was so upset fake candy characters looked less attractive. These issues were picked up by his fans, and his arguments were parroted on twitter afterward.

There were other voices in the fray as well. Some people felt these changes were performative or unnecessary. “Losing the voting rights bill and getting woke M&Ms instead feels about right,” tweeted Laura Bassett, editor-in-chief for Jezebel.

Mars expressed the M&M redesign was a step toward a more inclusive world, saying, “We believe in championing the power of fun to create a world where everyone feels they belong.” However, internet users didn’t quite understand how adjusting the outfits and shapes of M&M characters would make any impact.

Many people voiced opinions on social media after the changes were announced. While it was overall treated mockingly or with disdain, people still talked about it. People briefly had a conversation about this marketing move, and it seemed everyone had a take on this issue, even if it was just to laugh at the insanity of it all.

It’s a shame this same level of attention wasn’t given to the more important issue concerning Mars.

In 2021, eight former child slaves came forward to accuse the biggest chocolate companies in the world of knowingly using and profiting from thousands of child slaves in cocoa farms across Africa. Using child slave labor in cocoa farms should’ve been a serious issue. However, while it was reported on, it never got the same media attention that the redesigns got.

Over two decades ago, Mars and other American chocolate companies pledged to stop using cocoa harvested by children. They’ve missed the deadline to stop relying on child labor three times already, with no sign of stopping in sight. According to Washington Post reporters Peter Whoriskey and Rachel Siegel, “about two-thirds of the world’s cocoa supply comes from West Africa where, according to a 2015 U.S. Labor Department report, more than 2 million children were engaged in dangerous labor in cocoa-growing regions.”

Mars and other companies turn a blind eye to what’s happening in Africa, allowing for child labor and slavery practices to continue. When Whoriskey and Siegel spoke to representatives from Mars, Hershey and Nestle, the representatives could not say their products were produced without child labor. Mars can only track a quarter of their cocoa back to its farm—they don’t fully know where the other 76% is coming from.

The lack of traceability isn’t because Mars is unaware of the problem. Whoriskey and Siegel wrote, “In few industries, experts say, is the evidence of objectionable practices so clear, the industry’s pledges to reform so ambitious and the breaching of those promises so obvious.” Mars and other cocoa purchasers know what’s happening. They can read the stories of children who haven’t been to school in five years because they are forced to work. They can see the pictures of worn, emaciated cocoa workers.

For over a hundred years, Americans have praised their country for ending slavery. The 13th Amendment declared that “neither slavery nor involuntary servitude … will exist in the United States.” The 20th Amendment banned child labor. One would think that to follow the spirit of these amendments, Americans wouldn’t be happy with the idea that US based companies were relying on slave labor and child labor overseas.

If this issue got more coverage, people who learned about it almost certainly wouldn’t be happy with it. There are very few people out there who could hear the story of a child stolen from their family who was forced to work grueling hours under the careful watch of armed guards and remain indifferent. It’s just that the specific stories like that don’t get much attention.

For some people, when they hear companies use unethical production practices, they use the excuse that “there is no ethical consumption under capitalism.” This may be true, but it was never intended to enable customers to support companies who are openly doing bad things. As writer Coralyn Maguigad said in an article for Parachute magazine, “The idea that there is no way to consume ethically under capitalism is not an excuse to throw morals and effort out the window, but rather a reassurance that we are all humans doing our best in a system that we did not create and can’t necessarily control.”

Sometimes these hard-hitting news stories get less attention because people no longer have the energy or belief in their self-efficacy to care. Lower stake stories are easier to share and interact with. It could very well be that if the redesigns weren’t platformed by a prominent news figure making a statement that is both incendiary and easy to mock, the redesigns would’ve remained just as obscure as the child slavery. Afterall, if Mars didn’t say anything, it’s uncertain how many people would’ve even noticed the redesigns, given how similar they are to the old ones. That is hardly a comforting thought, though.

Slavery, the forced removal of ones agency, is one of the greatest crimes to exist throughout all of history. Slavery existing in any form in the world today is an afront to our claimed morals, especially if people know about it and do nothing to stop it. Child labor often functions similarly; even in waged work, child workers often have no ability to leave their job. If America wants to be a world leader, then it should use its power to actually live up to the morals clearly implied by its amendments and to not just pay lip service to them inside its own border, turning a blind eye to the affronts elsewhere.

The supreme court turned a child slavery lawsuit against cocoa firms down because it took place outside of the borders of the US. Meanwhile, Hershey and Nestle pinky-promise that if they notice slavery in their supply chain they’ll notify the appropriate authorities. Mars never officially commented on this issue.