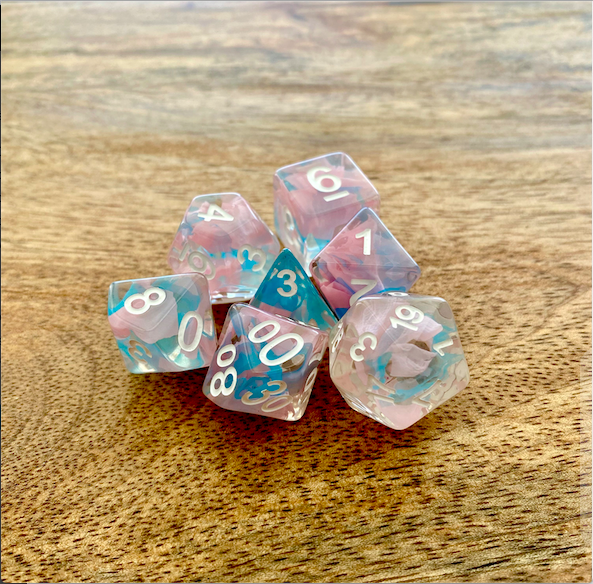 Dungeons and Dragons, otherwise known as DND, is a game that conjures different mental images depending on who is asked. Some may picture relatively innocent images of a group of nerdy friends coming together to play on the weekends, while others may envision something as extreme as groups of devil-worshippers willing to sacrifice their loved ones for the sake of the all-powerful 20-sided die. Regardless of what one may first imagine, the ease of thinking of something shows how DND is still well-known despite approaching its 50th anniversary in 2024. But it does not tell the story of how DND went from an innocent game to a symbol of satanic worship and then back to a cultural icon.

DND was first designed by Gary Gygax and Dave Arneson, and its original edition was released in 1974 by Tactical Studios Rules. Since then, DND’s publishers have released four more editions, with the most recent being 5th Edition released in 2014. The 5.5 Edition is coming in 2024. DND is now being managed by Wizards of the Coast, a game production company owned by the conglomerate Hasbro. The game was created to be a Tabletop Roleplaying Game, which entails players creating characters and acting out stories under the guidance of the Dungeon Master.

Players’ characters are similar to customizable video game characters; they have varying strengths and weaknesses depending on how the players want to use their characters. Characters can be whatever the players desire so long as the DM agrees on it. They can range from stoic half-elf knights to silver-tongued human musicians to goblins who speak solely in pig latin and fight with forks. DND is a game of imagination, creativity and chance.

Players are often at the mercy of the various-sided dice, which can determine something as simple as whether a character can successfully lie to persuade somebody. It can create moments of joy and rage that keep players coming back for more although the deep involvement of players helped fuel the game’s biggest controversy.

The Satanic Panic was a moral uprising that took place during the 1980s when it was believed that cults and satanic worship were running rampant in the United States and that Satanism was infiltrating children’s minds through their daycares. These claims were baseless, as stated by the New York Times, but the claims still affected many forms of media. These included music genres like rock, entertainment mediums like video games, and shows like Pokémon. DND was no exception to this scrutiny.

A major aspect of DND is roleplaying; players are expected to act as their character during games. This is similar to how actors play their roles in films, but instead of a moviegoing audience, the players are entertaining themselves and others at the table. If a player is portraying a trickster thief that is distrustful of others, then they are expected to act that way to bring their character to life. It helps deepen immersion in the game’s story for all players. However, during the Satanic Panic, this was twisted into a narrative that players were being morally corrupted into thinking murder was okay and witchcraft was real.

DND was thrown into the unfortunate spotlight following the death of James Dallas Egbert III. Egbert was a 16 year-old student at Michigan State University who went missing for a month in 1979, and though he was found, he took his life the following year. He was deeply involved with DND, and it was speculated the game caused him to take his life.

In a book titled “The Dungeon Master” released in 1984 by Egbert’s private investigator, it was revealed the young man’s suicide was caused by intense academic pressure as well as drug addiction and personal issues. Egbert’s family felt the book was over-dramatized and inaccurate, even if it revealed a better sense of Egbert’s decision to take his life. The media had simply run with the idea that DND had caused him to take his life while his true struggles had been ignored.

Because of this tragedy, DND was pushed into the media spotlight as a satanic game throughout the United States. Concerned parents  believed their children playing the game would result in them truly learning magic and killing their peers. These false beliefs were compounded in an infamous comic called “Dark Dungeons” published in 1984 by Jack T. Chick, a fundamentalist Christian who showcased and preached his controversial beliefs through his comics.

“Dark Dungeons” focuses on two college girls who become involved with DND. One girl learns actual spells she uses to manipulate those around her, and the other abruptly takes her life because her character died in the game. The comic ends with the surviving girl burning her so-called occult material with a pastor denouncing other paraphernalia that was controversial at the time, such as rock music. The ideas and concepts in this comic showcased just how paranoid some people were about the media at that time.

Despite the negative press and fear-mongering around DND during the Satanic Panic, it ironically drew people to the game all the more, causing it to explode in popularity. This popularity continued to grow with the release of 3.5 Edition in 2003, when more content related to character customization was added, along with an encouragement to homebrew, which is a term for fan-made DND content. In the mid-2000s, the game’s 4th Edition was released in 2008. 4th Edition tried to push an online platform that alienated many players who liked playing in-person with their groups, so gameplay became more tedious and not as enjoyable for players. Many players who couldn’t stand 4th Edition continued to play 3.5 while others left the game altogether. This relative lull in DND’s popularity lasted until 2014 when 5th Edition was released.

5th Edition’s popularity has been bolstered by different factors, with one being the game itself. The game has been greatly streamlined with more options available to players, and it is more welcoming to new players because the rules are easier to understand. Another factor is that the children who watched their parents play when the game first came out have now grown up and started playing themselves, a trend that persists around long-running media. DND’s player base has also expanded as women have been more accepted in game spaces over time, and the game’s players only continue to grow in number.

In more recent popular media, DND was showcased as the favorite game of the central characters of Netflix’s Stranger Things.” This detail became popular enough that a DND starter set based around the show was released in 2019 that drew in even more players. With the rise of livestreaming on platforms like Twitch and YouTube, people can watch DND be played in real time. Matt Mercer and his show “Critical Role” have become household names in the media.

On YouTube, creator Dingo Doodles recently sprung into popularity with her animated retelling of a DND game she participated in called “Fools’ Gold.” This retelling grew so popular fans donated over $1 million to fund a Kickstarter campaign so official books about the story and its world can be released for fans to enjoy. To say DND is popular again is an understatement.

DND has experienced a cycle many other consumable forms of media have experienced, with pendulating popularity, controversies and resurgences. While the controversies during the Satanic Panic were grievous and saddening, this did not stop DND from retaining its popularity. DND is not even the only Tabletop Roleplaying Game out there, but it is the most popular and well-known. DND is a game shaped by the fans, creating characters and stories that can stick with players as much as a treasured book or film can. As 5.5 Edition eventually releases along with any other future installments, DND will continue to be shaped and supported by them.