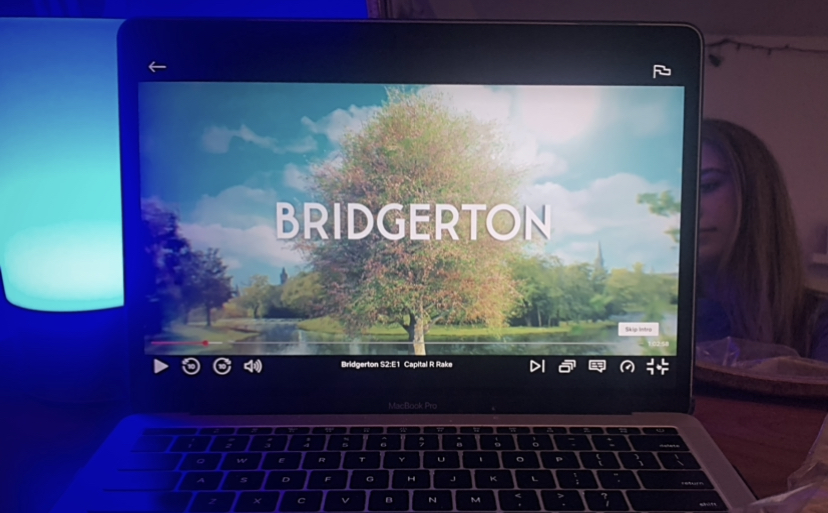 This article contains spoilers for “Bridgerton.”

On March 25, Netflix released the highly anticipated second season of “Bridgerton” based on a book series of the same name. Produced by Shonda Rhimes, the show is based in the Regency Era in London and centers around the Bridgerton family and their high society friends and foes.

The first season of the series centered around Daphne Brigerton as she navigates through the courting season in search of love. Premiering in December 2020, the series quickly became the most-watched series on Netflix of all time, with viewers in over 82 million households.

The premier of season two brought nothing less, debuting as the number one show in 92 countries with over 193 million hours of viewing time in its premier weekend—the highest for an English-language Netflix series.

Though it happened quite quickly, the success of the show was not a surprise to many since Regency Era shows and movies tend to be quite popular. Bridgerton, and other similar period dramas, generally take inspiration from Jane Austen and her novels like “Pride and Prejudice,” which reimagined the romance culture of the times. Whether it be the romantic, drawn out courtships, the fashion or the historical aspects, there’s something about them that draws people in.

“The Regency era lives on in the cultural imagination as a time of romance, especially for independent-minded heroines finding love in unlikely places, thanks to both Jane Austen, whose novels like Pride and Prejudice and Emma continue to inspire adaptations, and the popular Regency Romance genre, which encompasses period-accurate novels in the style of writer Georgette Heyer as well racier, more modern-feeling novels with Regency settings,” said freelance writer Sarah Seltzer for Time Magazine.

But beyond the royal elegance and drama filled romantic love stories, “Bridgerton” did something not yet seen in these types of shows by putting people of color at the forefront.

In season one, we are introduced to several main characters of color including Daphne’s main love interest the Duke, the aristocratic Lady Danbury, the entrepreneurial clothing designer Madam Delacroix, boxing champion Will Mondrich and his wife Alice, and the Queen of England herself.

What many found striking in the first season was that the show didn’t just have characters of color, but they retold history and celebrated their race and culture within the show.

“The characters of ‘Bridgerton’ never seem to forget their blackness but instead understand it as one of the many facets of their identity, while still thriving in Regency society,” said Salamishah Tillet for The New York Times. “The show’s success proves that people of color do not have to be erased or exist solely as victims of racism in order for a British costume drama to flourish.”

In many ways, Bridgerton allowed people of color to see themselves in a way they never could before.

In an article for Smithsonian Magazine, associate editor Lila Thunlin interviewed Amanda-Rae Prescott, a Black journalist and period drama TV critic, who discussed the appeal of Bridgerton and other similar Regency era shows.

“[These series are] inspired by [Jane Austen,] and are also beyond, even in some cases, contrary to, what she made Regency out to be,” Prescott said. “The difference [with Bridgerton] is either the overt or covert realization that historical narratives have to now include people of color in some way, shape or form. What distinguishes this new crop of interest is people of color saying that we have a right to imagine ourselves in the fancy ballgown, in these grand spaces as well, and that we know that not everybody was a slave or servant. We know that from history.”

Season two followed this path and continued to highlight diverse characters. The season revolves around Lord Anthony Bridgerton in his search for a wife to become Lady Bridgerton, and through many twists and turns, finds love with Kate Sharma.

The audience is first introduced to Kate alongside her mother, Mary, and sister, Edwina. Mary is said to be of British nobility but left her title against her parents’ wishes to move to India and marry an Indian clerk. It is then revealed that Kate is the daughter of the clerk’s previous marriage and has no familial ties to British nobility.

With the introduction of the Sharmas, it brings much needed South Asian representation to not only Regency shows, but to TV in general.

“For any person-in-the-know, it is clear that the Sharma family does not fit neatly into a south Asian/Indian formula: Their last name is upper-caste north Indian, but Kate and Edwina call their father Appa, the Tamil name. There is a pre-wedding haldi ceremony. The family speaks Marathi and Hindustani, which could align with their Bombay upbringing, but Kate calls Edwina ‘bon,’ a Bengali word for sister, which she pronounces like ‘bon-bon.’ Kate disdains English tea, opting instead for some version of chai, which she makes with pour-over hot water,” said Ankita Rao for The Guardian.

“In short: the whole thing is a pan-Indian cluster that is delightfully and wonderfully nonsensical. I believe firmly that this was on purpose. It would take one Google to know that some of these decisions don’t necessarily make sense,” Rao said. “But instead of attempting to force authenticity into a plotline and world that requires suspended imagination in the first place, we get to enjoy mainstream diversity and frivolity at the same time.”

For many, Kate allowed them to see themselves in a way they never could before.

And not only did season two bring representation for people of color, specifically South Asian individuals, the leading man was played by an openly gay man. Throughout TV history, there have been many discussions on how actors’ sexuality plays a role in the parts they’re cast in. Many queer individuals have felt unable to play straight or cisgender characters without feeling they’d be judged by the audience.

In an interview with Ian Mckellen for Attitude Magazine, Jonathan Bailey, who played Lord Anthony Bridgerton, spoke about the difficulties of being a gay actor in Hollywood.

“There’s a sense of shame, I think, that’s palpable throughout gay men within the industry. But then there’s also this heteronormative, heterosexual understanding of sexuality,” Bailey said. “So, in my generation, the out gay actors are now being poached. And you get a script sent through and they’ll say, ‘Must be comfortable with talking about sexuality.’ So that is in one way a brilliant thing because it’s saying we’re not encouraging anyone not to talk about sexuality, but it’s also showing that sexuality is becoming a commodity. That actually there needs to be this sense that studios are hiring gay actors to play either gay actors or straight.”

In many ways, Bridgerton is proving that regardless of what era a show takes place in, people of all genders, races and sexualities should be included. Though some find the historical inaccuracies frustrating and create false realities, many feel that the fantasy of historical inclusivity gives people a chance to celebrate what could be.

“I think the beautiful thing about creating stories now, especially stories whose main focus is not on historical accuracy, is that we can have the people within be representative of the world around us now, rather than the world as it was then,” said contributor Aastha Gupta for The Daily Campus. “That is not to say we should forget that time. It is imperative we do not. But ‘Bridgerton’ seems to be aware that its main goal is not to portray a historical event, so therefore, there is no great harm in having representation. If a fictional family can be represented on screen, so can very real people and cultures. In the future, I hope Western audiences can view movies that show more accurate accounts of the history of India alongside tales that include faces that mirror their own. But for now, this is a great start.”

With characters and roles played by people of color, LGBTQ+ individuals, etc., Bridgerton allows people to see themselves in a way they never could before and changes the narrative to show more of what history actually looked like. Bridgerton is just the start for representation not only in historical fiction but TV in general.

Bianca Bucholtz is a senior studying professional and public writing with a minor in gender and women’s studies. She is currently working as the co-editing director at VIM Magazine. In her free time, she enjoys spending time with her family and friends, watching movies/TV shows and baking.