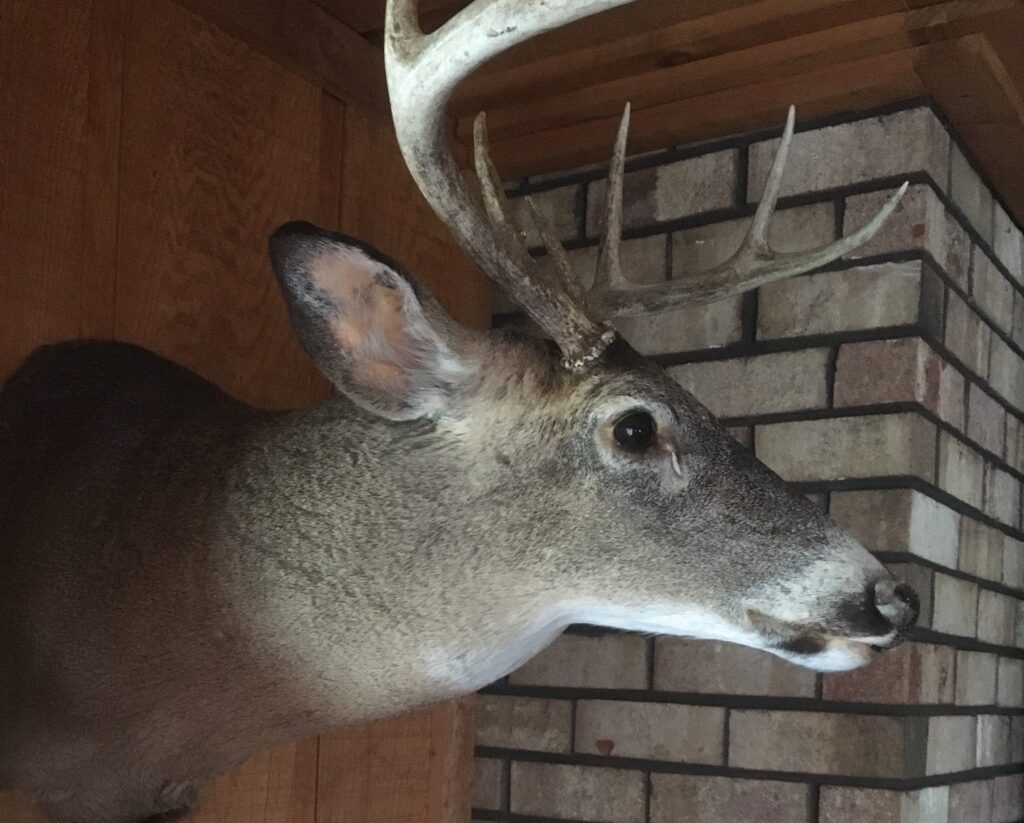 Whether admired for their beauty or swerved away from on the road, deer are a familiar animal. But a problem among the species is starting to become part of their reputation. Multiple wedding and engagement photoshoots have made headlines due to “photobombs” by sociable deer. Others suggested that these creatures are “not deer,” “wendigo,” or “skinwalkers,” as Tiktokers posted videos of their strange behavior, such as running in a circle or growling. Though differing conversations, both showcase symptoms of the fatal and incurable Chronic Wasting Disease, sometimes nicknamed “zombie deer,” that may become its own form of a pandemic.

First recognized in a captive deer in the 1960s, Chronic Wasting Disease (CWD) has only been an issue among wild deer since 1981; so while research about the disease is limited, it’s known to be caused by infectious prions. According to the Virginia Department of Wildlife Resources, “Prions are abnormally folded proteins that lack DNA. They replicate by causing other normally folded proteins to rearrange themselves into a misfolded structure. The misfolded proteins accumulate in the brain, eventually leading to tissue damage and resulting neurological clinical signs and deficits.”

Deer and other Cervidae, such as elk and moose, pass CWD through urine, feces and saliva. This transmission causes problems on economic and ecological levels.

On an economic level, it affects tactics depended on by the deer hunting industry, which according to Southwick Associates, “contributed $20.9 billion to [the] nation’s GDP and supported over 305,400 jobs [in 2016 alone].” Some states have imposed restrictions on hunters baiting and feeding the deer to prevent herds from gathering around feed and mineral sites and increasing the risk of passing the disease through direct/indirect contact. The 2019 ban on baiting in the upper and lower Michigan peninsulas may have influenced a loss of “more than 20,000 deer hunters” in that same year’s season.

On an ecological level, research from the National Wildlife Health Center in 2013 discovered that the prions in the urine of infected deer are absorbed into the soil and enter the roots of plants like alfalfa, corn, and tomatoes. This advancement highlighted another possible risk of exposure to CWD for deer and the humans eating these crops. Though there haven’t been any known cases of a human with the disease, squirrel monkeys and laboratory mice, which share human genes, have become infected after eating brain tissue. CWD’s incubation period is a lengthy minimum of 16 months, making it difficult to track and detect.

After the incubation period ends, the apparent zombie-like symptoms of CWD begin, and the deer “grow thin and weak. They lose their fear of humans and other predators, drool, stumble, have poor coordination, depression, behavior changes, and paralysis.” Reactions to these symptoms include the aforementioned deer photobombs that praised the “friendly” animal, while videos of deer struggling with coordination are interpreted as “skinwalkers adjusting after shapeshifting” or sightings of a “wendigo,” although the mythical creature’s origins in traditional indigenous legends never mentioned antlers or deer-like features.

Despite its symptoms’ influence on behavior that may be reminiscent of monsters, and especially zombies, experts are against describing CWD as “zombie deer.” Given that the only valid way to confirm a case of CWD is through conducting a test, the “zombie” label falsely implies a visually identifiable illness. Instead, The CDC advises that hunters learn if their county is one of the 380 with a documented infection and that they visit local testing stations.

The impact of the COVID-19 pandemic, which is said to be caused by meat at a wet market, added some validity to the fear of the disease mutating into a variant that impacts humans too. While COVID may highlight the damage that can occur, the Wildlife Management Institute believes it provided some insight into controlling the spread of CWD. In an article titled “COVID-19-Lessons in CWD Management for Deer Hunters,” author and Midwest Field Representative Bill Moritz compares the restrictions on baiting and feeding that predated 2020 to social distancing, and likens avoiding transporting intact deer or parts of carcasses to quarantining. Moritz also notes that COVID was worse in higher-density areas and warns that populations of deer beyond the capacity of their habitats may cause a rapid CWD spread.

In past years, reintroducing wolves has been considered to reduce overpopulation of deer, and now there are signs that wolves may specifically improve the CWD problem. A computer-simulated model of wolf predation used by Margaret Wild, a Washington State University’s College of Veterinary Medicine professor and avid researcher of CWD, exemplified that a “coursing predator like a wolf actually really brought the prevalence of chronic wasting disease down in [those] populations and got it down to almost undetectable levels.”

Wild then added that wolves prefer to target ill or injured deer or elk. This preference, combined with the CWD symptom of a reduced wariness of predators, could result in wolves swiftly killing the deer before they spread infectious prions and gradually succumb to the disease. There is also no evidence that wolves and the Canidae family can contract CWD. When asked what people can do, Wild recommended “tolerating higher wolf numbers,” since they rarely attack humans, in addition to reporting sick deer and continuing to hunt.

Research developments on causes, symptoms and ways to contain Chronic Wasting Disease are working to improve awareness on the disease. Deer with CWD have a negative impact on the economy and agriculture, and unlike humans during the pandemic, they can’t follow CDC guidelines or manage their infectious disease alone. It may be frustrating to have to obey certain restrictions or adjust to a greater number of wolves in an area, but remaining diligent while science attempts to develop a cure for CWD can protect the deer population and prevent future species-jumping mutations that will be impossible to ignore.