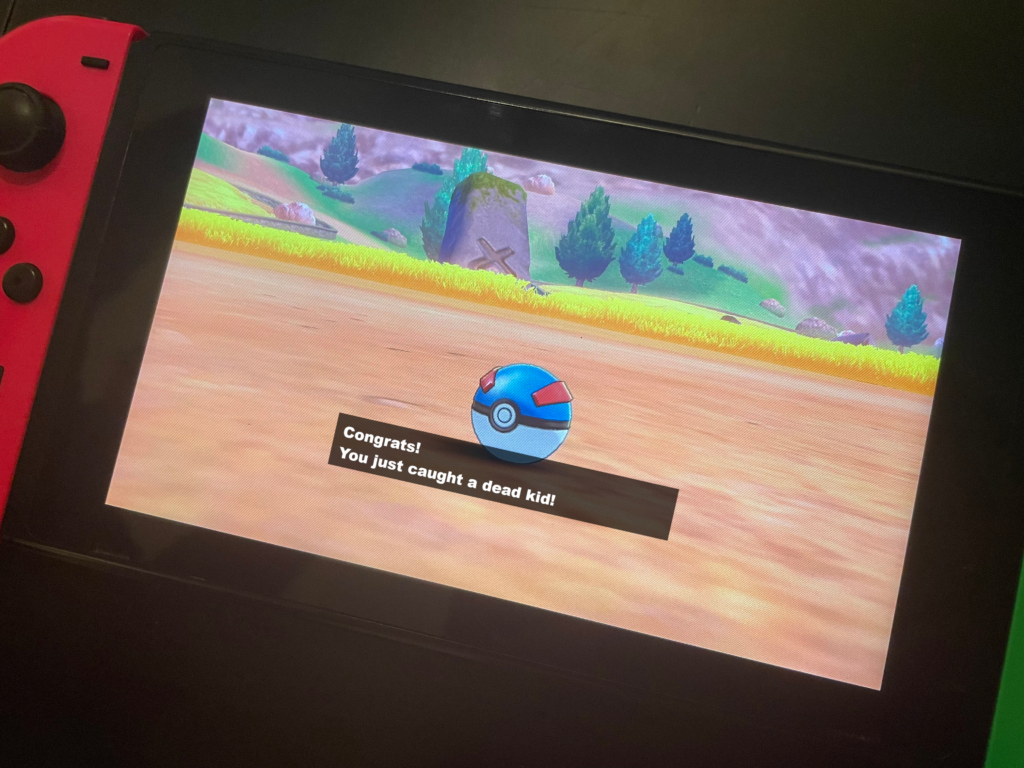 Pokemon is a media giant. With several popular video games, a long-running TV show, and even a few major movies all tied to the brand, it’s hard to imagine someone living in the developed world who hasn’t at least heard of the property. In fact, a Stasita article from 2021 estimated that Pokemon had the highest all-time revenue of all media properties. The Current even has two previous articles on this famous series.

A large part of the franchise’s success has come from its family-friendly tone and perception. Both the games and anime are characterized by superficial plots, bright colors, and a lack of meaningful violence. Though pokemon battle each other, the worst that can happen to one is that they’ll be knocked out, and all injuries can be healed for free in just a few seconds. And no matter how many times Team Rocket, the perennial villain of the show, gets ejected into the stratosphere, they always return next episode without so much as a bruise.

This is all expected, and even mocked, at this point. However, less talked about are the darker elements of the series.

For example, a memorable location in the first generation of Pokemon games is Lavender Town, best known for containing a graveyard haunted by the angry spirit of a deceased pokemon, and for its haunting theme. It’s when the ghost-type pokemon start to make a significant appearance in the game, and the concept of death gets introduced.

In fact, it’s at this location where the player will bump into their rival, who will be standing by a tombstone. The rival will then remark on how it’s strange that the player is at the Pokemon Tower, given the fact that their “Pokemon don’t look dead.” This, combined with the fact that at this point the rival will have one of their pokemon replaced, has led to a popular fan theory that one of his pokemon died, and he was mourning it.

In actuality, this is almost certainly a case of fans looking too in depth at casual elements, and due to a number of reasons, it seems unlikely that the developers intended to imply that players  killed their rival’s pet. Still, the fact that the Pokemon Tower is filled with numerous trainers directly referencing passed pokemon makes this level noticeably darker in tone.

But what’s more interesting are the numerous references to human deaths throughout the series.

Phantump is a cute pokemon, designed as a little dark gray wispy ghost whose head is stuck in a small tree stump. It is also, according to the official lore in Pokemon Y, the ghost of a child who died while lost in the woods. It’s not the only pokemon that has direct connections to human spirits, either.

Yamask is a strange little dark creature, with two arms outstretched and a tail holding up a bronze colored mask. According to Pokemon Black, “Each of them carries a mask that used to be its face when it was human. Sometimes they look at it and cry.”

Some pokemon actively try to kill people too. Drifloon is an adorable, purple balloon-like pokemon. In Pokemon Pearl, it’s said that it tries to steal children but often gets pulled around by them instead. A good joke, if not a rather dark one. Pokemon Ultra Sun takes this even further when it says, “Its round body is stuffed with souls and expands each time it takes someone away.”

It’s possible to go on for hours, but the point has been made. Pokemon doesn’t have a problem with going dark, and it never really has. However, these elements do seem to clash with the tone that the franchise appears to want to maintain.

Sophia, an avid player of the Pokemon Card Game and video games, as well as a fan of the anime, took some time to talk about her understanding of this element of the media franchise.

When this topic was first brought up, she laughed and said, “Ghost pokemon have a lot of ‘killing children’ connotations.” However this didn’t bother her at all, it was just part of the series.

When asked what she thought of these elements when she was a child though, she paused and considered it. “I never really thought about it as a kid,” she said.. “There’s so much to Pokemon, you can’t look at it all. You focus on the fun things, none of it bothered me.”

Then when asked about how it affected her current view of it, given that she’s clearly familiar with these elements now, she said, “Of course, there’s a cultural element to it. But, really it makes me think that the pokemon curators are willing to take risks; I respect it.”

Perhaps Pokemon’s international success shows that these darker elements are actually fairly appropriate for children. Given the popularity of the aforementioned fan theory, it’s possible that  fans want darker elements introduced into the series anyway. But what’s clear is that the image Pokemon projects across the world is actually inaccurate to every element in it.

And to be fair, in a world where ten-year-olds are sent off on unsupervised journeys to tame gods and battle international crime syndicates, some mentions of death shouldn’t be surprising.