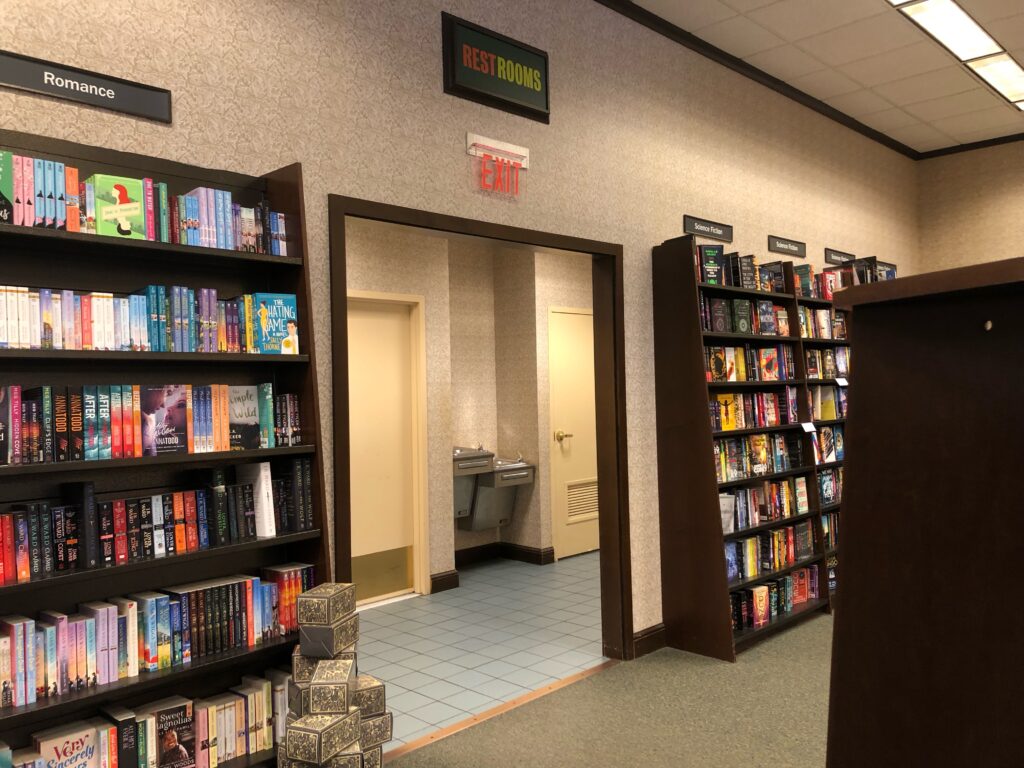 Though random and oddly specific collective experiences may seem like a recent trend created by “meme culture,” the Mariko Aoki phenomenon has been a cultural mystery for decades. Videos regarding this phenomenon described as “experiencing a recurring urge to defecate whenever in a bookstore” have more than 2,000,000 views on Tiktok. Despite its popularity, captions under the videos ask if anybody else relates to or expresses confusion as to why it’s even happening. The Mariko Aoki phenomenon’s elusiveness is likely due to 37 years of research that couldn’t provide any direct explanation, but experts and observational people have suggested several reasons.

When this common experience was first discovered in 1985, it was through an essay mailed to the Japanese “Book Magazine.” Mariko Aoki, the essay’s author, said that she seemed to “inevitably want to go to the restroom after walking around a bookstore.” Once readers saw her description of this experience, they realized they had also noticed it and sent letters to the magazine editor. While Aoki’s name is attached to this phenomenon and its initial moment of fame, there are earlier instances connecting bathrooms and bookstores.

Descriptions similar to the Mariko Aoki phenomenon appeared in Jun’nosuke Yoshiyuki’s “‘Amidst the Hustle and Bustle” (1957), Jo Toyama’s “The Emperor and the Lieutenant” (1972) and Shoichi Nejime’s “Words, Too, Can Sweat-Literally”(1981). An August 31, 1984 issue of “Common Man Weekly” included a similar statement from Tetsuo Suda, a television newscaster. A radio show called Young Paradise, operating between 1983 and 1990, would occasionally share funny stories about defecating, and that same bookstore urgency was called the “Yoshiko Yamada Syndrome.” Even Book Magazine featured a Nara man with a similar experience, but unlike Aoki’s essay that drew attention in the following year, his thoughts faded into obscurity.

While these sources seemed to prove that some people had related to this problem for years, the list of causes has continued evolving through internet speculation.

One idea is that it’s simply a sign of anxiety. In a 2021 interview with Men’s Health, Dr. Sameer Islam, MD, a gastroenterologist and assistant professor of medicine, explained the “gut-brain axis” that triggers an upset stomach whenever nerves strike. This reaction can manifest as the more manageable “butterflies in the stomach,” but for those with preexisting stomach conditions, the fear of an episode may provoke anxiety about finding a restroom. Dr. Islam even specified that the onslaught of information from reading all the book titles causes “nervous tension,” or at least is the theory with the best evidence.

Another idea focuses on the coffee often sold in bookstores, such as Barnes and Noble locations with a Starbucks café. Various research has disproven claims that the seemingly inescapable bowel movements result from the coffee’s caffeine, acidity, or temperature. Still, contractions in the digestive tract, known as peristalsis, tend to happen much faster after drinking coffee, even as fast as four minutes, which is sooner than the drink can diacidityrectly affect the colon. Thus, coffee has some scientific plausibility towards the Mariko Aoki phenomenon, albeit chalked up to the general experience of drinking it.

Avid Barnes and Noble customer Lyn Munson suggested that her familiarity with the store actually reduced the possible nerves that could contribute to unwanted bathroom visits. However, she did disclose that drinking coffee while there created concerns for her. Munson said, “I suppose lingering in the store after drinking coffee might cause the phenomenon that people experience. I try to browse before I buy coffee.”

An obscure idea suggests that it’s due to the posture readers take on while browsing. Stooping down to look at low shelves can work the same way that Squatty Potties do. The stooping and squatting affect the angle of the rectum and help slide excrement through the large intestine. Given that this isn’t a dire problem, there is little evidence for this in a bookstore context beyond understanding posture in the bathroom.

It may even relate to the common practice of reading while on the toilet. A survey conducted by BathroomSurvey.com asked, “Do you read in the bathroom?” and was met with 29 percent of participants answering “Yes” and 42 percent answering “Sometimes.” So perhaps through a case of classical conditioning, browsing reminds readers of this behavior and causes thoughts about bathrooms that wouldn’t happen in non-book-related stores.

Based on these findings, it appears this inclination to defecate in a bookstore bathroom has roots in science and psychology. It could be due to nerves, coffee, posture or behavior. One thing for sure is that its lengthy history contradicts theories that it could all be a delusion believed because of a quirky internet joke. Whether it’s a viral Tiktok in 2022, or a forgotten article in a 1980s Japanese magazine, the Mariko Aoki phenomenon is more likely a mystery relying on unrecognized triggers rather than a downside of specific stores.