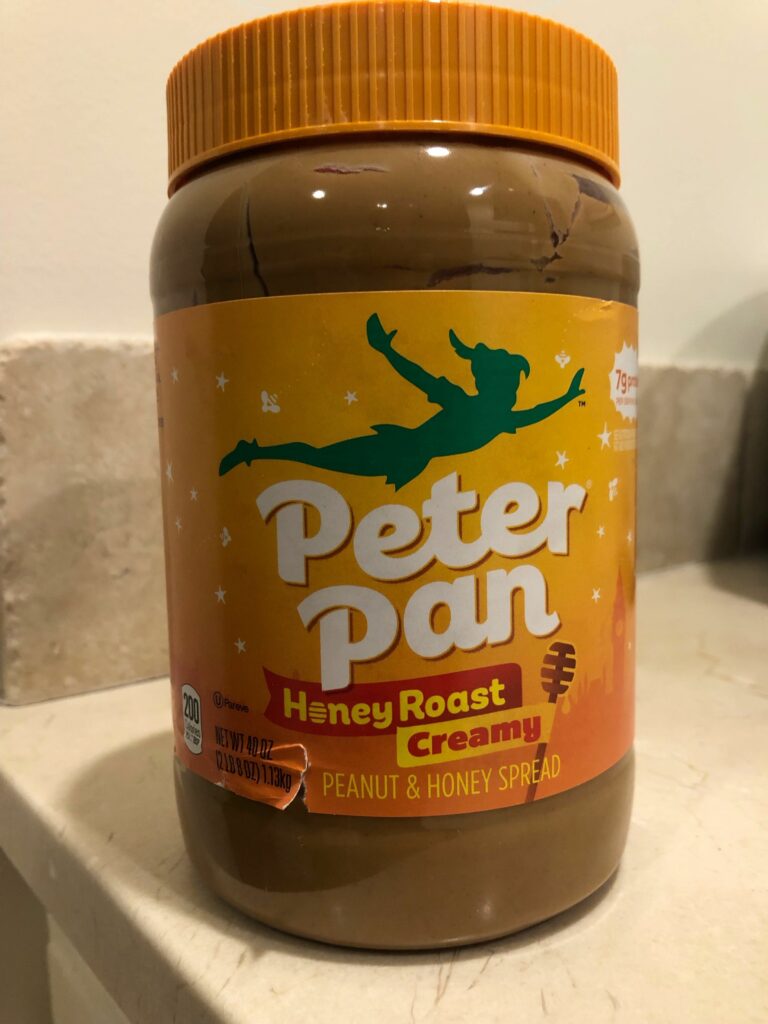 The name Peter Pan brings to mind Tinkerbell Halloween costumes, Neverland Ranch, stories about people exhibiting “Peter Pan Syndrome” or even jars of Peter Pan Creamy Peanut Butter. Lesser known is the name Bobby Driscoll, the voice actor who died penniless, despite being the titular star of the 1953 Disney film that earned $6 million at the box office and continues to earn a lifetime domestic gross of over $87.4 million. Recently, a controversial scene in “Chip ‘n’ Dale: Rescue Rangers” brought new attention to his tragedy. The scene, though possibly an attempt at a meta comment on Disney’s shortcomings, has displeased fans by downplaying a real-life betrayal.

The central plot of “Chip ‘n’ Dale: Rescue Rangers,” released on Disney Plus on May 16, 2022, revolves around stopping a string of characters forcibly disfigured and ordered to act in bootleg movies. This scheme was overseen by a mysterious “Sweet Pete” character, who Chip and Dale discover is a nickname for a middle-aged depiction of Peter Pan. As Peter Pan explained his motive for starting a bootleg operation, some fans noticed parallels with Bobby Driscoll.

In the brief clip, Peter Pan began by saying he “got cast in the biggest movie in the world as the boy who wouldn’t grow up” and “had never been so happy in his entire life.” A soft piano score and footage directly from the 1953 film accompanied his reminiscing. The fictional character’s success after being “cast” is, of course, a comment on “Peter Pan” selling 100,146,425 tickets and earning the rank of highest-grossing film in 1953. The film also received a nomination for “Grand Prize of the Festival” at the 1953 Cannes Film Festival.

Besides serving as a comment on the film itself, that dialogue may also be interpreted as a comment on the height of Bobby Driscoll’s career. Driscoll was literally “the face” of Peter Pan, since his looks and mannerisms aided in designing the character and his animated movements. As promotion for the film, Driscoll lent his voice to the RCA Little Nipper Story Book Album record (1952) and briefly cameoed as a live-action Peter Pan in the 1951 Walt Disney Christmas Special. This was a year after Driscoll simultaneously won a Juvenile Oscar partially attributed to Disney’s “So Dear to My Heart,” and acted in “Treasure Island,” which was the company’s first completely live-action film.

However, Bobby’s Driscoll’s seemingly close relationship with the Disney company began long before 1950. His role in “Song of the South” (1946) cemented him as the company’s first male actor to be under a contract. He also once corrected his co-stars during a production of “Melody Time” (1948) because their purposeful delays were “costing Mr. Disney money.” When “Peter Pan” finally came around, Driscoll had built an impressive filmography containing the company’s unrelated shorts, four films and a special.

Although he eventually attended the 1955 dedication of the Chicken of the Sea Pirate Ship at Disneyland, Bobby Discroll’s prospects in the company sharply declined after “Peter Pan” completed filming. Walt Disney had suggested playing bully characters when available roles started drying up, but that never went anywhere and Driscoll suddenly faced being fired before his contract ended. He had two factors working against him: an unpleasant bout of acne, and that American investor Howard Hughes, who purchased Disney’s RKO Radio Pictures, criticized Bobby’s acting. Hughes notoriously despised child actors. In 1953, the same year his iconic film debuted, guards blocked Driscoll from Disney’s entrance and abruptly told him that he was no longer employed.

In the “Chip ‘n’ Dale: Rescue Rangers” scene, this betrayal was visualized through a shot of Peter Pan noticing facial hair in the mirror as a voiceover from Sweet Pete said, “But then I got older, and they threw me away like I was nothing.” Not only was this an apparent nod to the drama between Disney and Driscoll, it was eerily similar to a frustration he expressed. According to the quotes category on imdb.com, Bobby Discroll said on his rise and fall in Hollywood, “I have found that memories are not very useful. I was carried on a silver platter and then dumped into the garbage can.”

The flashback continued with a shot of Peter Pan walking around at night with his head hung low as Sweet Pete said, “I was scared, desperate, and all alone.” Bobby Driscoll, who was denied roles due to his involvement with Disney and bullied when he returned to school, must have certainly struggled with feeling alone and abandoned. As his mental health crumbled, so did his physical, since the remaining money from acting funded his experimentation with different drugs at age 17. Though he managed to pick up minor roles after graduating from the Hollywood Professional School in 1955, Driscoll’s drug abuse caused him constant legal and financial troubles.

Bobby Driscoll eloped with Marilyn Jean Rush in December of 1956, and while that may have looked like a positive turning point in his life, especially with the addition of three children, he still struggled. He claimed that the marriage negatively affected his personality. After calling himself “Robert Driscoll,” he snagged some roles, but he remained unhappy, and the couple divorced in 1960. 1960 wasn’t just the year of his divorce—he also got charged with multiple crimes, including “drug possession, battery, burglary, check kiting, and more.”

An official prison sentence for drug addiction in 1961 blemished Driscoll’s reputation. After leaving the Narcotic Rehabilitation Center of the California Institution for Men in 1962, he worked on his public image by spending time with his kids and focusing on carpentry. He then moved to New York in 1965, hoping to start over, and tried Broadway. Broadway could not revive his career, but he met the artist Andy Warhol, who appeared sympathetic…albeit with suggestive underlying motives.

Though Andy Warhol knew Driscoll’s troubled past in Hollywood, he possibly saw it as an enhancement to his scene. One observer from a Greenwich Village club in the 60s speculated that Warhol thought “Bobby was a curiosity. He wasn’t really part of the crowd. [Having Bobby in his scene] was Warhol’s perversity in full play—you know, dissipated Hollywood.”

In their mirroring paths, Sweet Pete and Bobby Driscoll both seemed to find solace in artistic projects. In Chip ‘n’ Dale: Rescue Rangers, Sweet Pete explained that he made his own film, “Flying Bedroom Boy,” and that it worked. Sweet Pete again referenced Bobby’s quote about being thrown in the garbage can, this time with more on-the-nose wording: “I get to decide who’s a star and who belongs in the trash.” As for Bobby Discroll, he acted in an experimental film called “Dirt,” and his time with Warhol revealed he had an artistic talent worthy of praise from critics and temporary displays in the Santa Monica Museum of Art.

The fictional Sweet Pete experienced no redemption arc and his fate was mostly ambiguous, with the exception of a hinted-at documentary spoof about the character called “The Boy Who Grew Up.” Though Peter Pan’s look is based on Bobby Discroll, the middle-aged Sweet Pete depicted an image of Bobby nobody ever saw: he died in 1968, at age 31.

Bobby Discroll died alone in an abandoned apartment building. The cause of death was heart failure directly attributed to his drug abuse. Despite a photo passed around his neighborhood, his body was unidentified, and he was buried in the Hart Island cemetery that New York dedicated to the homeless. His parents didn’t even realize he died until 1969, when an attempt to reunite him and his dying father led to contacting Disney and then the NYPD. The fans of his movies would not learn of his death until the re-release of “Song of the South” in 1972 made them ask what had happened to that charismatic little boy.

Omitted from the plaques at the Disney Legends and buried in an unmarked grave, Bobby Discroll seems to be the embodiment of a star betrayed by the industry, specifically Disney, and fame. The controversy of Peter Pan’s role in “Chip ‘n’ Dale: Rescue Rangers” has revived his story in the public eye but at the cost of mocking his pain and Disney ignoring accountability. Amanda Sorrento, a dedicated fan of Peter Pan, explained that she struggled to find people outside the fanbase who noticed the significance of Sweet Pete. Sorrento said, “Only my parents and two friends knew. It’s so sad how so many people don’t know what happened to him.”

While it is indeed a sad true story attached to such a beloved and marketed character, Sorrento believes there is a positive that comes out of it. She said, “It adds an extra layer of sentimentality to watching the movie and buying the merchandise, considering he was ostracized from the company for growing up, which is Peter Pan’s core thing. It adds a sadness to the story, but buying Peter Pan merchandise also memorializes Bobby in a way.”