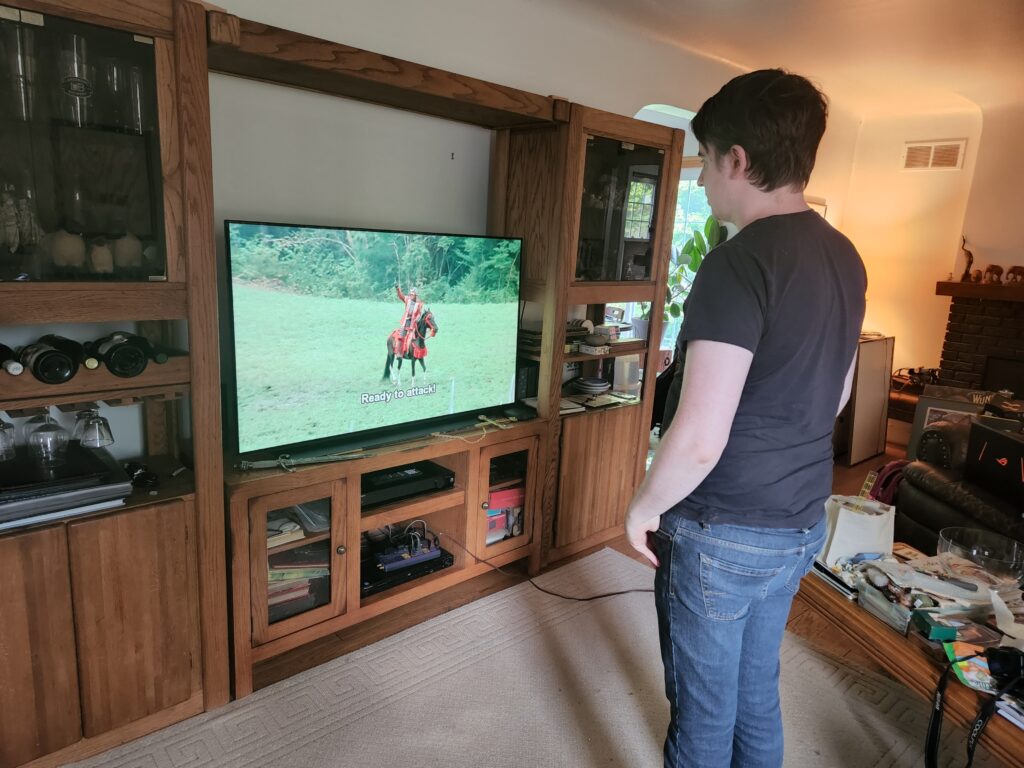 Many great directors have come out of Japan, releasing films which have wooed critics and audiences worldwide. Hiyao Miyazaki garnered international acclaim after the release of “Spirited Away,” and Satoshi Kon’s surreal work seemed to have inspired some of Aronofsky’s movies. Before them was Akira Kurosawa, who became well known for moving epics, and whose own life is just as grandiose as any of his movies.

In 1955 “Seven Samurai” would be released, a movie over 200 minutes long. The film centered around a poor village that faced destruction by roving bandits. The villagers then hired the eponymous seven samurai to defend them. The film was Kurosawa’s first attempt at a samurai movie, and it would since define the genre. It even inspired an American remake, “The Magnificent Seven,” which replaced the samurai with gun-toting cowboys.

“Seven Samurai” covers a wide range of themes and ideas. One of the most discussed being the divide between warriors and farmers. The farmers fear and hate the samurai, while needing them for survival, and in turn, most samurai look down on farmers as being pitiful and not worth saving, as doing so would earn them neither money nor status.

The film ends on a bittersweet note: the samurai have succeeded in saving the village at great loss to their own numbers, but they have no place in it afterward. “The farmers are the victors. . . not us,” Says the leader of the samurai after the fighting is over.

There is also the idea that the age of samurai is ending, and their youngest member is implied to become a farmer at the end of the movie. The introduction of guns into Japan is another element hinting at the changes going on. The samurai are uncontested warriors when it comes to fighting with a sword or spear but become just another target in the sight of a long-range rifle.

Despite the bittersweet tone, there are moments of happiness in the end. The farmers won the battle and kept their land. Love blossomed between one of the samurai and the daughter of one of the farmers. This film doesn’t just end on a sour note, it tempers the triumph of battle with these darker elements but can still be said to leave the audience satisfied. The same can’t be said for one of Kurosawa’s later films.

“Ran” was released in 1985, and shows all the innovations of 30 years of filmmaking that occurred since the release of “Seven Samurai.” Color was introduced to film by this point, and “Ran” makes strong use of this new element, making even more stunning and brilliant shots. Special effects had advanced to the point that the movie could show the human cost of war in bloody detail. It’s also much more depressing than his previous work.

“Ran”, a response to Shakespear’s “King Lear,” is the story of an aging warlord who wants to retire and give power to his three sons while retaining the respect and status he had before. His sons, hungry for the power their father had, seek to undermine and manipulate him to their own advantage. The warlord slowly loses his mind due to the levels of betrayal his own kids are willing to go to. He eventually passes away from depression as his last and most loyal son is shot to death right next to him.

The final image of “Ran” is of a blind character, standing at the edge of a cliff, having dropped his image of Buddha, a holy object which was supposed to protect him. It’s hard not to draw metaphorical meaning from this scene.

If the ending of “Seven Samurai,” was bittersweet, then the ending of “Ran” is just bitter. It can leave the audience feeling empty inside, as there’s no hope left for the audience to attach themselves to. And for those who knew Kurosawa’s struggles, this change wouldn’t have been all that surprising.

From Kurosawa’s early career, he received mostly success and acclaim, and by the time of “Seven Samurai,” he seemed to have strong confidence in his work. Somewhat famously, the production of “Seven Samurai” was troubled, often going over budget and needing more time. As a result, the company shut down production twice, and both times Kurosawa simply went fishing and waited to be called back. Kurosawa would say later that he couldn’t imagine them not letting him finish the work after he put so much time into it.

However, shortly after this period, things would start to go downhill for Kurosawa. As Japan entered a financial crisis, his movies, often large and expensive productions, had a harder time getting off the ground. He tried to go to Hollywood, but unlike Toho, American production companies had no problem kicking him off of projects and replacing him with someone else.

Kurosawa moved to start his own production company at this point, but it soon failed. And the movies he was able to make were becoming financial failures. At this point, he seemed to enter a deep depression and tried to take his own life. All this occured before “Ran” even started production.

He would only direct three more movies after “Ran” before dying in 1988. One of those three reached the same level of success that “Ran” did. Yet “Ran,” as one of his last films, captured something which continues to hold onto audiences to this day. It captured an element of Kurosawa’s own life.

In the words of the late, venerable film critic Roger Ebert, “Kurosawa has not told the story of a great man whose sin of pride drives him mad, but the story of a man who has waged war all his life, hopes to impose peace in his old age and unleashes even greater turmoil. There are parallels not only with kings but also with filmmakers, who like royalty must enforce their vision in a world seething with jealousy, finance, intrigue, vanity and greed.”

Kurosawa was a great director whose work continues to inspire directors to this day, but more than just an artist, he was also a person. His life was as nuanced and tragic as any Shakespearean epic. And it serves as a lesson to remember that when we watch a movie or TV show, we’re not only looking at a piece of art, but also a direct reflection of those who worked on it.