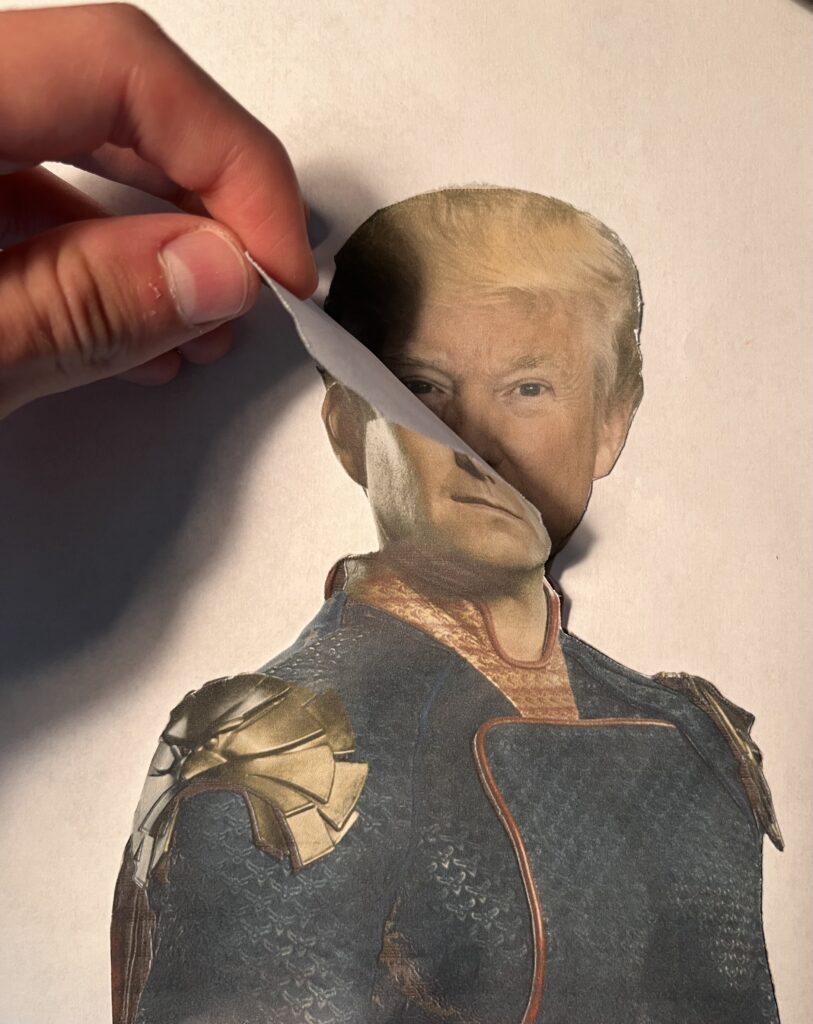 Warning: Contains some spoilers for the TV Show “The Boys”

Many Americans are feeling fatigued due to the oversaturation of two types of unrelated media: superhero entertainment and political content.

Since the Marvel Cinematic Universe reached its narrative crescendo with “Avengers: Endgame” back in 2019, the company has released seven movies and seven TV shows, with the next all-encompassing plotline barely starting to take form. Although Marvel’s formula has seen some variation, there are viewers who feel as though a new coat of paint isn’t enough to warrant this seemingly unending encore (not to mention any additional saturation due to titles released by DC and other producers).

Meanwhile, increasingly volatile political polarization in the United States has made political opinions seem inescapable. Simultaneously bombarded by politics via the news, social media, and entertainment, many Americans cannot help but experience an overwhelming aversion to all things political.

That being said, it may come as a surprise that the newest season of superhero-centric political satire “The Boys” recently reached number two on the Nielsen streaming rankings multiple times throughout its weekly release, second only to global phenomenon “Stranger Things.”

“The Boys” is a satirical take on the superhero genre, illustrating a world in which superheroes are murderous, hedonistic celebrities owned by a corrupt multibillion-dollar corporation. The main characters are a rag-tag group of powerless humans aiming to wipe out every superhero by any means necessary — and the means are often rather violent and R-rated.

From just a short synopsis, one can begin to understand how “The Boys” is defying the formula of traditional superhero media to attract a Marvel-fatigued audience. Its satire becomes clearer when watching the show, with constant appearances from perverted versions of Marvel and DC heroes as well as jabs at the two companies’ past failures.

In one notable instance of mockery, the show’s female superheroes assemble with their arms crossed, proudly stating, “Girls get it done.” This has been confirmed by showrunners as a satirical take on a scene in “Avengers: Endgame” in which many of the women are grouped together in a lazy attempt at displaying female empowerment.

While the appeal of “The Boys” as a superhero show is easy to get behind, it’s a bit more difficult to reason how a show with divisive political comparisons and messaging has garnered such a large viewership in a time characterized by polarization and burnout.

The way the showrunners are able to minimize marginalization is somewhat counterintuitive, but evidently successful. Rather than subtly inserting their opinions for the infatuated superfan to notice upon their 13th viewing, the showrunners have created a product that thrives on hyperbole.

One of season two’s most important characters is an up-and-coming woman superhero named Stormfront. She was initially well liked among both in-universe citizens and fans of the show due to her rejection of the propaganda spewed by the superhero company. However, her popularity decreased significantly once viewers discovered a tiny, little character flaw: she’s a Nazi. And not just a modern bigot who conforms to Nazi ideologies — a bonafide 100-year-old, Hitler-loving Nazi, straight out of the Third Reich.

The show is able to tackle topics such as white victimhood and modern fascism, all without marginalizing most of their audience. By presenting these problems through a ridiculous circumstance, such as a Nazi, only viewers with the most extreme political views could feel deeply offended.

The show’s main villain, Homelander, is a terrifying monster with the powers of Superman, the patriotic fervor of Captain America, and the disregard for human life of a tornado. Despite all his power, Homelander is a deeply insecure man who yearns for the approval of American citizens. In season three, he finds that his primarily right-wing demographic praises him for his candor and outlandish, discriminatory remarks. This causes him to become unchecked in his words and actions, making him all the more terrifying.

If this sounds familiar that’s because it is supposed to. One showrunner, Eric Kripke, has said that for him, Homelander “has always been a [Donald] Trump analogue.”

Given Trump’s passionate fanbase, one would think that a villainous character made in his likeness would dissuade a large portion of the show’s conservative demographic from continuing to watch. This is avoided due to Homelander’s excellent character development that takes place over two seasons.

Prior to political elements becoming increasingly prevalent in “The Boys,” Homelander had already been built up as a deeply insecure, nationalistic sociopath. When his true feelings about his opposition are met with resounding praise, his Trump-adjacent, unfiltered behavior seemed like the natural progression of his character.

Too often caricatures of politicians with no discernable unique traits are lazily portrayed within media as an attempt to belittle the politician’s ideologies. While “The Boys” certainly focuses on displaying the absurdity of the American political landscape, it does so in a way that fans can still feel entertained by the story regardless of any disagreements.

However, more people have become disenfranchised with the show after season three. The subreddit for “The Boys” displays posts from many former fans who are disappointed in the show for going the so-called “woke” route.

One user said, “I was really liking Blue Hawk until the end of his speech.” For context, Blue Hawk, a superhero accused of over-patrolling African American neighborhoods, was reprimanded after killing an unarmed African American man. The part the user may have disliked was when the supe attacked a crowd of people who took issue with him saying, “All lives matter.”

In other words, many of the people who’ve lost interest in “The Boys” due to its politics are those with more extreme ideas, but the showrunners are probably not too worried about losing these viewers.

The ending of season three signifies even more chaos for the recently announced season four, so it will be interesting to see if “The Boys” will continue to hold the interest of a broad audience, in spite of political disagreements or oversaturation-induced fatigue.