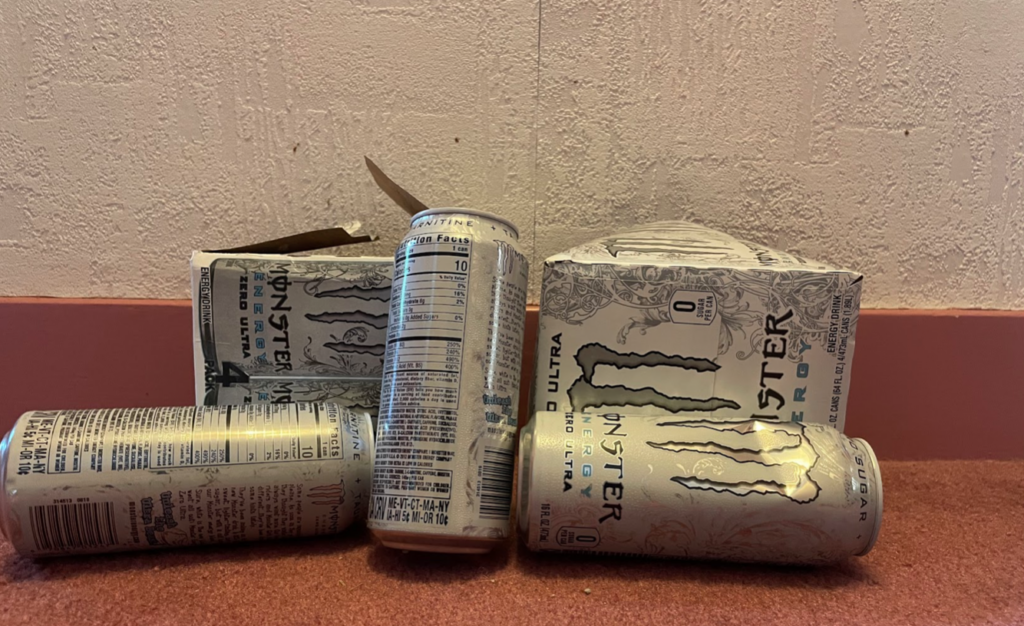 Energy drinks, for better and for worse, have seemingly become an integral part of the American lifestyle. One of the forefront energy drink brands, Monster Beverage, made almost six-billion dollars from March 2021 to March 2022.

It isn’t rare to see entire shelves, even in small convenience stores, dedicated to energy drinks. The medical consequences of these drinks should be explored though.

It is also very important to note that the high acidity of energy drinks can wear away tooth enamel, and combined with high sugar content create the perfect environment for tooth decay. While cavities are annoying and expensive to fix, there are worse consequences than improper dental hygiene. A notable consequence is the risk of developing heart disease.

With all this in mind, it’s easy to recommend that people take temporary breaks from highly caffeinated beverages. Although, this may be far easier for some than for others. Caffeine addiction can be a serious problem for many consumers.

It should be noted that “caffeine addiction” isn’t recognized formally, but that doesn’t mean there isn’t any truth to the term. Any substance used for positive benefits can be abused, and dependencies can form. It is imperative to study these dependencies and the effects they have on people.

One paper on Caffeine use Disorder reads, in part, that “an increasing number of clinical studies are showing that some caffeine users become increasingly dependent on the drug and are unable to reduce consumption despite knowledge of recurrent health problems associated with continued use.”

Further evidence is showing that there are people who aren’t able to quit or slow down, even after they learn of the health risks. These are the people who fit the idea of being “addicted to caffeine.” Consumption habits don’t need to be that bad for people to form a dependency, and dependency does seem to be common.

The paper Evaluating Dependence Criteria for Caffeine found that thirty-five percent of the subjects they looked at “met the criteria for dependence” but given the areas they looked at, this number is almost certainly greater than what it would be for the general populace.

The paper cites the literature, saying that “[A former study] found that 15% to 16% of caffeine users self-reported symptoms sufficient to fulfill DSM-IV-TR criteria for tolerance.” Tolerance in this case essentially means the need to greatly increase the amount of a substance one consumes to get the desired effect.

Tolerance doesn’t mean one is addicted, or dependent, to a substance, but it is a warning sign. And those that self reported symptoms of why they need to drink more caffeine, may not have been thinking about what happens when they stop. That is to say, the effects of withdrawal.

These effects can include immediate symptoms such as low energy, or headaches, but can also include being anxious, irritable or depressed. And for a student who has assignments to do, the temptation to just get another Monster from a vending machine is almost certainly overpowering.

One solution to energy drink dependency is to try and replace energy drinks with alternatives like flavored water and decaf coffee. Another way to fight caffeine addiction is to try and undertake tasks that will provide energy throughout the day, like taking vitamins and exercising.

Overall, the relationship between caffeine and health is complicated, and its long term effects are still being studied, and probably will continue to be far into the future. A energy drink or two once in a while shouldn’t hurt, but there could be many who are more dependent than they realize.