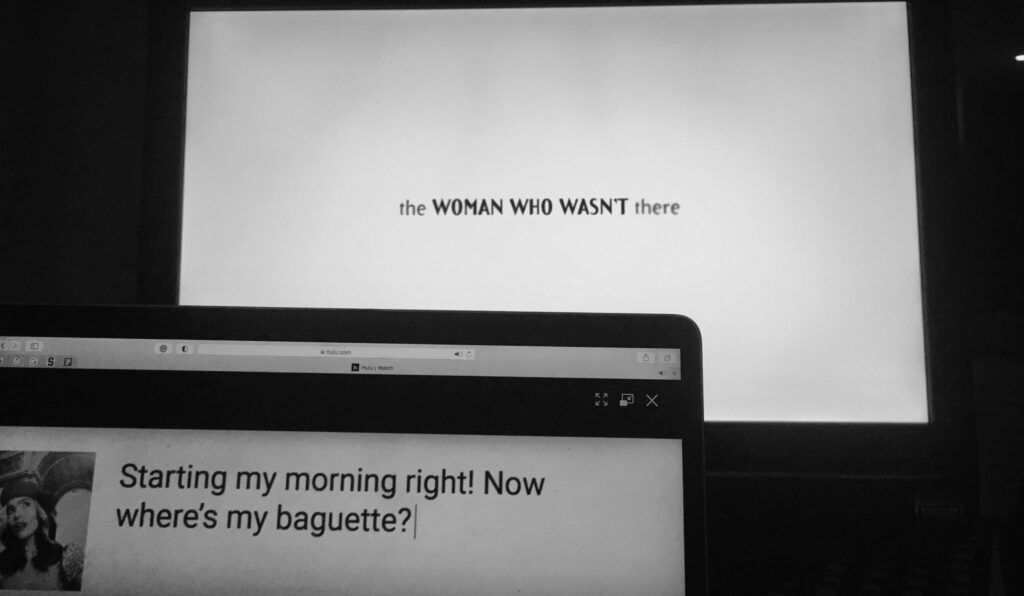 Content Warning: Discussion of the 9/11 terrorist attacks and sensitive material.

On July 29, 2022, Hulu released an original film titled “Not Okay.” The film’s premise focused on Danni Sanders, a Paris terrorist attack survivor who became a social media star and symbol of bravery through writing a viral article and joining activists.

However, the audience knew the truth about Sanders: despite all her commitment to empowering survivors, she had never experienced the attacks. They knew because Sanders was a fictional character, and they watched her find a motive to lie as she photoshopped evidence on her computer.

But before those comedic scenes of Sanders grappling with cancel culture, there was a real woman, i.e., a real liar named Alicia Esteve Head. For those familiar with this story, as seen in the documentary “The Woman Who Wasn’t There,” “Not Okay” appears like a modern reimagining of Head’s deception.

Alicia Esteve Head and Danni Sanders both flourished online. Sanders first gained massive attention because of her series of Instagram posts that faked a vacation to a writer’s retreat in Paris.

When the terrorist attacks threw a wrench in her vapid posting, she changed course and identified as an empathetic bystander who narrowly escaped. As more support rolled in, Sanders elevated her claims with an unapologetic essay about collective trauma.

When Alicia Esteve Head entered the scene in 2004, she was Tania Head, an online support group’s version of an Instagram guru. Head’s passionate dedication to the 9/11 support group she ran caught the eye of Gerry Bogacz, founder of the World Trade Center Survivors Network.

Head had stunned other survivors with the intensity of her false testimony. Rather than add credibility by saying she was a citizen on the street or a worker on a lower floor, she consistently told a story full of exhaustive detail, graphic enough that it seemed to challenge the trauma of the others.

The Barcelona native explained that she was a widow to ”Dave,” a man who died in the North tower during 9/11. She claimed to witness from the South tower and immediately “count the floors down from the top of the tower [until she saw where the impact was].”

Soon after, Head saw the second plane fly toward her floor, and her coworkers held on to her in fear. She painted a vivid scene of intense flames, dying men begging for her help, strewn bodies (including her decapitated assistant), and her near-severed arm.

Though she had suffered so much trauma, Head didn’t act as if she could only credit herself. She mentioned receiving help from a man in a red bandana. Of course, this was a nod to the late Welles Remy Crowther, who had a legacy of rescuing people from the upper floors of the South Tower. Head also recalled a firefighter who held her and quickly reacted to the crumbling towers by throwing Head beneath a firetruck.

Head’s humility managed to distract others from a glaring hole in her testimony. The only living person she remembered was the firefighter, and despite endless pleading from her best friend Linda Gormley, Head refused to reveal his name. She withheld important details, and no one dared try to invalidate a woman who barely survived 9/11.

However, Head had two redeemable elements to her story: Dave’s name appeared in the list of 9/11 casualties, and her arm looked surgically reconstructed.

Once they crafted their identities as survivors, Danni Sanders and Tania Head used online attention to become prominent activists. In “Not Okay,” Danni Sanders began enjoying benefits like attention from a micro-celebrity, a more lenient boss and accepting coworkers.

Sanders, clutching these benefits and faced with writing an article about her near-death experience, decided to observe a support group. She unexpectedly made friends with a famous school shooting survivor and activist named Rowan Aldren, who opened the door to talk show appearances, politics and rallies.

Unlike Danni Sanders, Tania Head did not ride the coattails of a famous activist –– she gained fame from her wholehearted commitment to the survivors. As 9/11 weighed heavy on the minds of Americans, traumatized individuals welcomed support from everywhere. Head capitalized on this wave of support, appearing like the perfect survivor who could constantly find a positive outlook and the energy to serve.

As shady as she was, there is no evidence that she ever profited, nor stole, from the network, and she actually donated money. In the media, she was like a spokesperson for the 9/11 survivors. She was “invited to university conferences, contributed to publications,” and participated in filmed interviews, where she acted like a believable widow recalling stories about her husband.

As Head obsessed over her 9/11 charity work, insisting she “didn’t want to be like the hijackers,” the extent of her deception surpassed anything depicted in “Not Okay.” For example, she went to dinner with Welles Remy Crowther’s parents, requesting that it be a private occasion.

She was invited to his funeral and asked to give a speech, but she chose Linda Gromley to address the mourners with a prepared letter. She even lied about honoring Dave with a children’s foundation and serving as its executive director, as if her charity work needed further embellishment.

Danni Sanders’s coworker caught her before her activism could escalate into interaction with any politicians. On the other hand, Tania Head attended the first guided tour of ground zero, where she was photographed next to the former New York Mayor Rudolph Giuliani, Governor George Pataki and Mayor Michael Bloomberg.

Head readily embraced being photographed and recorded during her many projects. But as soon as those reporters asked difficult questions, she would act as if she was overwhelmed with survivor’s guilt.

In the end, “Not Okay” and interviews with Tania’s friends from the survivor network showed that liars could become valued friends. When someone lies, onlookers can move on and say it was a selfish act done for attention or some other motive. Their friends, who thought they met someone who knew their pain, don’t want to lose that connection.

The fictional Rowan Aldren entered Sanders’s office to cry and scream at her and later performed an emotional poem, emphasizing how she would never forgive her. Tania Head’s friends from the survivor’s network struggled to forgive her unanimously; some wondered if she was evil, while others thought her charity work could flourish in another setting, but they all missed the contributions her façade made. “The Woman Who Wasn’t There” concludes with a clip of Linda Gromley comparing losing Tania Head to September 10th, 2001, losing what was.

“Not Okay” is a warning that a lie like Tania Head’s will always have the resources it needs to grow into something with unexpected consequences. After a tragic event, many want to distract themselves from cynicism and suspicion and welcome anyone kind enough.

The Tania Heads and Danni Sanderses of the world hide among these people, craving a piece of attention and sympathy. Though the “cancel culture” of today can punish someone within seconds, the consequences pass to the ones mourning two things: the initial tragedy they survived and the tragedy of betrayed trust.

Sarah Munson is a senior in professional and public writing, with a specific focus on technical writing. In her free time, she enjoys studying film, comedy and history, as well as drawing and designing