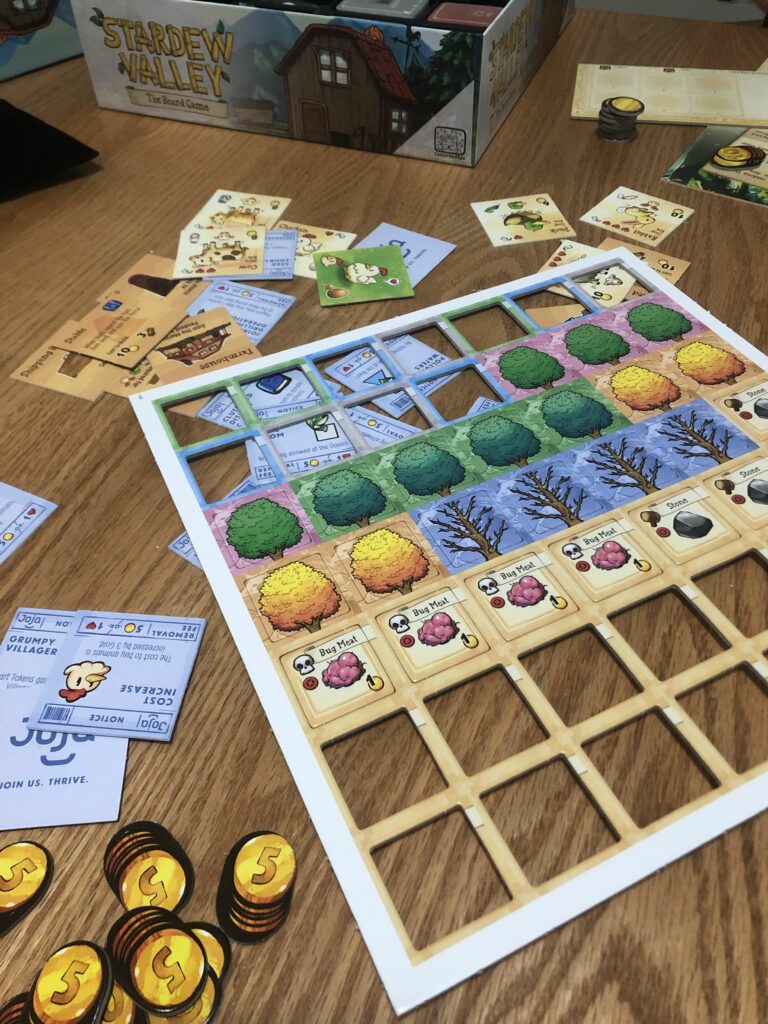 Games based entirely around farming have existed since “Harvest Moon” was released in Japan in 1996. In the following years, the genre has grown slightly, and while many imitations have been released, there have also been many “Farming Simulator” games, which stand out for being more realistic.

Undoubtedly one of the most successful farming games ever released is “Stardew Valley”, with over 20 million copies sold and an extensive merchandise and tabletop franchise. It’s worth it to look at the reasons that have kept these games around and kept people playing.

The first reason one might give is that these games tend to be more welcoming than others in a way. Many games place the player in the role of a hero who has to defeat some great evil or save the world. Rarely are the stakes so high in a farming game though. “Stardew Valley” is a great example of this principle.

In response to a quora post about Stardew Valley’s addictiveness, Jennifer Edogawa said, “You make your own story. . . you don’t have to do anything, and at the same time you have the choice to do anything and everything if you want.”

A reddit post about being addicted to “Stardew Valley” uses similar wording. User dadegodbolt said, “There is no story.” Given the overall tone of the post, and excitement that seems to be on display, this reads like a listed positive.

It should also be noted that farming games may be more welcoming in another way to a lot of people. It is no secret that many games attempt to draw people in through the reward that comes from overcoming difficult challenges.

Dan Olsen, a prominent commentator on the internet, sums up this position in a video about World of Warcraft. He said, “Mainstream video games bias towards tests of reflexes or the ability to execute a complex pattern consistently or with precision, and this is a thing that you’re supposed to like and desire and appreciate.”

Games like “Stardew Valley” could offer a refreshing break from this standard for those who want to play a game without feeling tested. While “Stardew Valley” does technically have a timer on how long each day lasts, each day lasts a little over 14 minutes. This is easily enough time to water the crops, talk to each villager, work on side tasks around the world and still have time to spare.

However, the lack of stakes isn’t the only thing that can draw people into farming games. Another angle is the idea that farming games can offer concrete goals and easy steps towards said goals. This idea does have some dark reflections though.

In another reddit post, user V_one responds to the question of what makes farming games so addicting. In their answer, they reveal a lot about their life. They said, “Real life can be defeating, and progress can be slow/non-existent. Games like these allow people to re-create themselves and/or their lives.”

This post highlights an unfortunate truth that many people may feel like they have little, or no control in their lives. Turning to a digital space in an attempt to regain a sense of control can be unhealthy, if not handled properly. An over reliance on this type of behavior may be a thing that leads some to the “hikikomori” lifestyle, as discussed in an article by Sarah Munson for The Current.

One last angle to discuss is that games like this might be addicting because of reliance on systems built into the structure of these games. For those deeply entrenched in game design or human psychology, the term “Skinner Box” might not be a new one. For those who aren’t familiar, what’s important is that a Skinner Box was an experiment designed to get a small animal to repeatedly push the same button over and over, and is tied to pavlovian conditioning.

The link between farming games and Skinner Boxes is something that others have noted. In essence, two ways that a Skinner Box might encourage repetitive behavior is by rewarding an action after a random number of attempts, or by making the subject wait specific intervals for rewards.

The first style of reward generation can be seen most commonly in games like slot machines. A highly popular combination of both farming and Skinner-Box-style training is “Farmville,” a now inactive game which often would make its players wait long periods of time to complete tasks. Impatient players would sometimes resort to spending money on microtransactions.

While not as extreme as either example, both styles of rewards are visible in many popular farming games. In “Stardew Valley” each in-game day will take roughly the same amount of time for each player to get through and ends with a display of the money they made over the day, giving them a fixed reward point. Other minigames tend to offer rewards much more randomly.

It should be noted that this, in itself, is not a problem. These parts of game design could be easily seen as just helping to make the game more rewarding for the player. And while people can lose hours to a farming game, there are rarely records of anyone’s life being ruined, or even negatively impacted by this structure.

No matter how or why people enjoy these games, it’s clear that they’re here to stay. Farming games can offer a sense of control, or simple relaxation to their players, even if those players might end up wondering where the day went several hours after booting the game up.