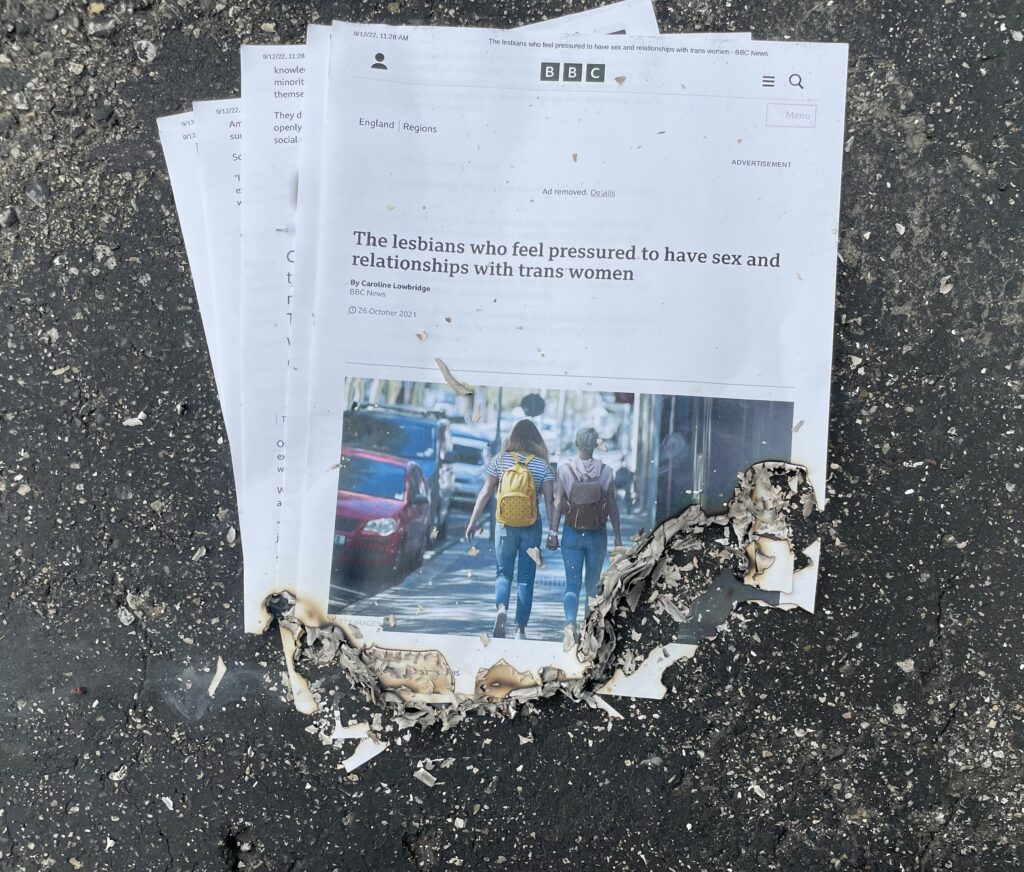 Everyone knows that news articles should be neutral. At the same time, journalists are people with their own biases that can’t just be turned off. It would seem wrong to try and remain central on a point, but in a few select instances it can be a massive problem. The ongoing case of a misguided BBC article is a perfect example of this.

The article in question is currently renamed “The lesbians who feel pressured to have sex and relationships with trans women.” When it was originally released it was titled “We’re being pressured into sex by some trans women.”

Readers immediately accused it of being little more than open transphobia posted by a major news network. “I think it is a textbook case of bigoted discrimination. . .” said Shaun, a popular youtube commentator with over half-a-million subscribers. His initial video response to this was titled “Response to BBC transphobia.”

In this video, Shaun is clearly infuriated by every part of the article. He even goes so far as to claim that the journalist doesn’t even care about sexual abuse facing lesbians, the topic the article was ostensibly about. He backed up this claim by highlighting the prominent citations from interviews with adult entertainer Lily Cade.

Lily Cade has been accused of, and has even admitted to a series of sexual assaults. However, her questionable past went completely unmentioned in the BBC article. As Shaun said, “If the BBC cared about women being pressured into sex, why not mention that their source has a history of sexually assaulting women?”

This was only one of Shaun’s many complaints regarding the original article. The other major complaint was that the author stated that no trans person wanted to talk with her, despite the fact that notable trans woman Chelsea Poe was contacted and conducted an interview with the author.

Lily Cade’s contributions were removed before Shaun made his video. After the article had been posted she took the opportunity to head to other online spaces and call for the execution of trans women. However, Shaun was still unhappy with the state of the article. He ended the video with an open call for his viewers to submit complaints to the BBC to get this article taken down.

Many people did complain about the article. Independently from Shaun, a group called Trans Activism UK sent an open letter to the BBC. The BBC’s response to this open letter serves as a great example of how the BBC responded to these claims generally.

An article on the BBC quotes the BBC spokesman on this exact issue. He said, “It is important that journalism looks at issues—even where there are strongly held positions. The BBC is here to ensure debate and make sure that a wide range of voices are heard.” The piece that shared this quote was also certain to emphasize how the original article received both tons of criticism and support from across the internet.

This was one of the sentiments that Shaun took issue with and spoke against in his second video on the subject, BBC Transphobia Part 2. He pointed out that according to the BBC’s own guidelines it isn’t impartial to racism. He praises this stance as being important, before pointing out that the BBC is not extending these same principles to transphobia. He states that by doing this, the BBC is being transphobic.

In his video Shaun said, “In casting this as a debate with legitimate opposing sides, in declaring that trans rights are something one can be impartial about, the BBC are making a political statement here regardless of any pretense of journalistic neutrality.”

He ended his video with another call for his audience to write in complaints while they still had a chance. He changed his goals slightly as well: to focus on the survey used for the original article, which used heavily transphobic language. He wanted the BBC to take accountability of that language and admit to transphobia in the article, rather than avoiding the topic.

After this, some time passed. Many people marched outside the BBC’S headquarters to protest the article. Shaun made another video on this subject. He asked his viewers to complain, once again, in hopes of getting the BBC to cover this event. He felt that if the BBC was going to try to be impartial about this subject, then they should cover this side as well.

This effort seems to have been for naught, as the BBC never responded to these complaints, nor did it release an article covering the march. However, the “We’re being pressured into sex by some trans women” article was still actively being discussed.

The BBC’s Executive Complaints Unit went over the article, and made a lot of serious edits to the piece, even changing its title to “The lesbians who feel pressured to have sex and relationships with trans women.” They also removed references to the aforementioned survey, as they felt they weren’t appropriate. However, they still defended the piece.

The ECU’s conclusion reads, “The head of the ECU found that the article, though a legitimate piece of journalism overall, fell below the BBC’s standards of accuracy in two respects.”

Despite there being some positive concessions, Shaun was ambivalent about the response. In one more video, “BBC Transphobia Part 4: The ECU Response,” he shares his thoughts in great detail. He sums up his position early on the video with a simple quote.

Shaun said, “This is a relative good, but it still falls short of the only acceptable response here, which is to delete the entire article and apologize.”

At the moment, this is where the lines have remained. Shaun is still asking for his viewers to send in complaints, hoping the exhaustive edits will lead to the BBC surrendering and deleting the article. He’s also hoping that by raising this issue with the BBC’s parent company, Ofcom, they will step in and force the article to be deleted as well.

In the meantime, the BBC has seemingly given a final statement about there being a few problems with the original piece, but they’ve all been resolved now. They think the article should remain as is. It seems likely that the BBC considers this issue over.

However this story might pan out in the future, it will undoubtedly stand as a warning to future journalists. Despite being a supposedly impartial piece, the author used her platform to amplify the voice of a bigot. Those contributions had to be removed before any serious complaints, letters or marches on the HQ. It is a reminder that when covering any issue journalists need to pick their sources carefully.