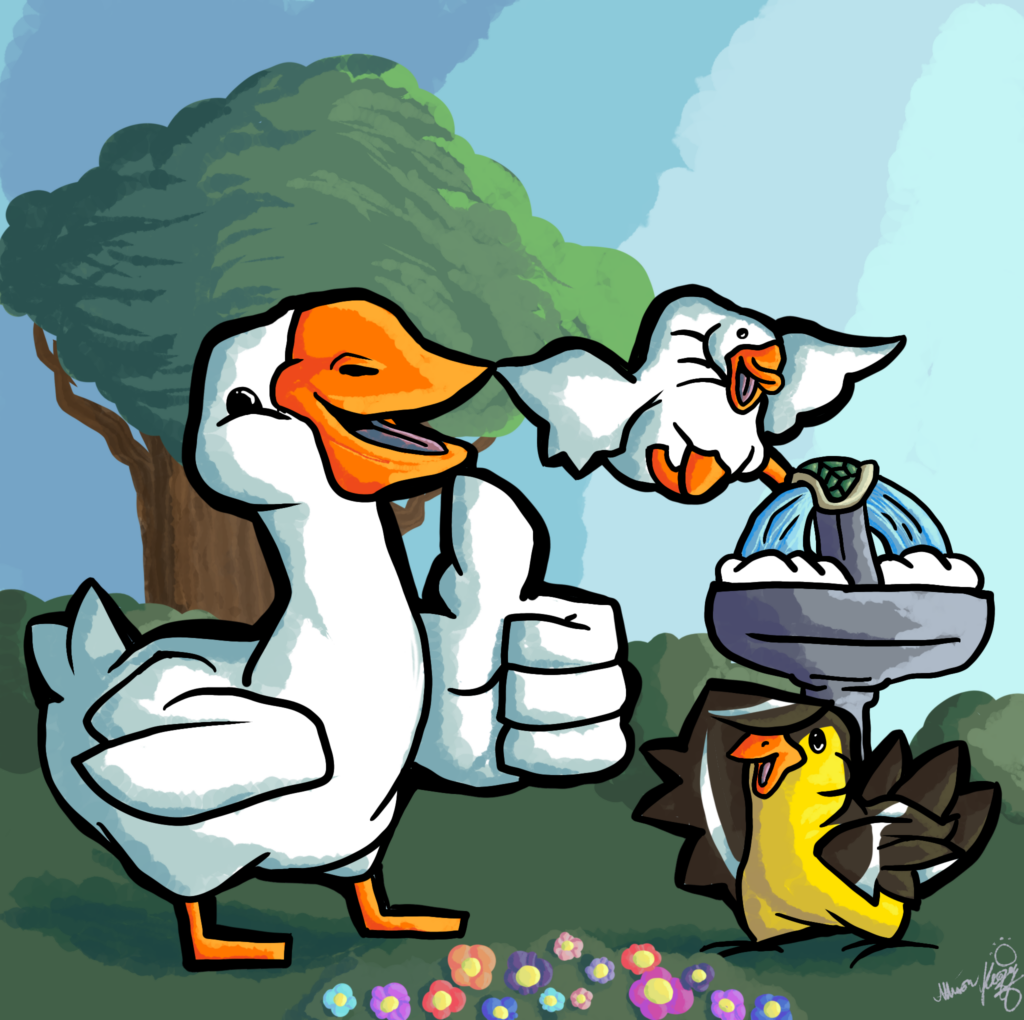 Unlike geese, song birds are an important part of our shared world. They provide color and music to our yards. They give our princesses something to sing to. There is even some evidence that their music may help relieve mental health issues. However, our feathered friends are being severely affected by climate change.

There is some evidence showing that some migratory birds are shrinking in size, seemingly as a direct result of climate change. This is an example of evolution happening during our lifespan. Though not all changes have been so easy to talk about, especially as recent changes have resulted in declining bird populations.

The Cornell Lab of Ornithology reports that the numbers of adult birds have declined by almost three billion over the past 50 years. This startling change is said to be due to both climate change and urbanization. Worst of all, this problem might only get worse as time goes on.

Now, some might suggest that this could be a mixed blessing. This should lead to a reduction of the number of geese as well. Geese themselves are soulless instigators of violence and vessels of pure hatred. While fewer numbers of certain bird species would be beneficial to humans, the cost is too high.

Some estimates indicate that over half of North American bird species are at risk of extinction if current warming trends continue. These numbers are troubling, to say the least. Birds are a vital part of any ecosystem.

An article on Greatlakesnow.org sums the point up quite succinctly. They said that birds “are important indicators of ecosystem health. They are the proverbial canary in the coal mine, telling us there is danger in our ecosystem or how we live.”

Fortunately, there are already people trying to reduce this problem. The Southwest Michigan Land Conservancy aims to restore natural land conditions for native birds and keep their populations stable. Though, they note in the article that the decline is happening so slowly that it might be hard for people to notice, and thus realize they need to take action.

“It’s not a one big thing happening. It’s this slow erosion of habitats and these issues sort of accumulating. And so, I think that’s the danger: that there’s no alarm; there’s no ‘sky is falling,’” said Mitch Lettow, the Conservancy’s director of stewardship.

This is an interesting element to introduce, and if one was paranoid, they might start to think that this decline in bird population was directed by some force. Of course, that notion is ridiculous. The only beings that would be clever, and evil, enough to orchestrate such an attack would be geese, and since they’re birds, their population is on the decline as well.

Except the population of geese is on the rise.

The Current has covered The Goose Issue before, but it would seem that these actions have gone further than ever expected. It is now all too possible that geese have started to recruit other birds into their ongoing war against humanity.

Some might call it madness, but the signs are all there. Climate change is causing changes in our songbirds, as previously mentioned. Who is to say, definitively, that some of those birds aren’t severely evolving into geese. It would be the perfect plan after all, no songbirds would mean we were blind to ecological dangers.

If some still doubt, then they should watch this video. In it we can clearly see two geese spreading this anti-human propaganda to any nearby birds. Before their speech is even over they take off, fleeing before authorities have the chance to arrive. Chilling stuff.

And, upon reflection, it isn’t surprising that songbirds are joining geese in this war. One of our most loyal companions, the house cat, seems to be responsible for over two billion bird deaths per year. Our cities disrupt their natural habitats and lifestyles as well.

To quote an article from Inside UNC Charlotte, “Growing cities can mean changes in birds’ movement patterns, altered access to resources, increased collisions with buildings, reduced forest patches and increases in noise, air temperature, pollution and domestic cats hunting them.”

Fortunately there’s a lot we can do to help out songbirds. This previously linked page from The Cornell Lab of Ornithology lists several easy ways to help our birds. Some of the easiest are to make our windows safer, keep our cats inside and add local plant species to our lawns.

Doing our part to stabilize songbird populations might not be an easy thing, but for the health and safety of everyone, it is something we must do. Or else the geese win.

(Art thoughtfully provided to The Current by Alison Keagy, @TheWorstGoose on Twitter)