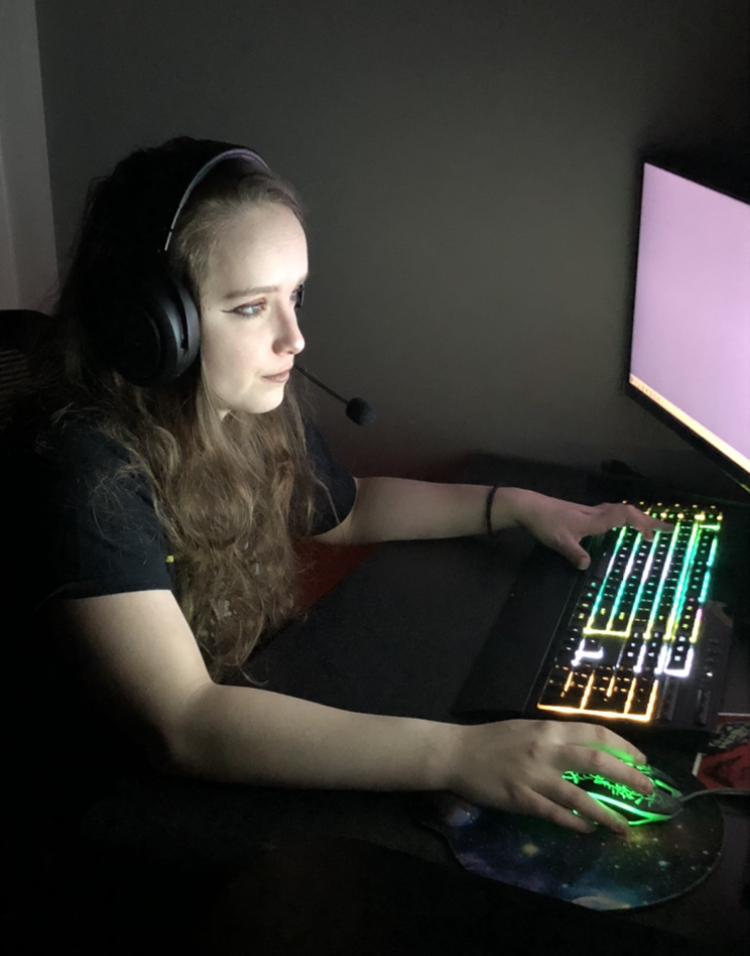 Feminism and gaming don’t sound like they would go together. The stereotypical assumptions about the two bring to mind burning bras and gory shooter games, which have little to do with one another. But in spite of those reductive stereotypes, the two concepts are becoming surprisingly compatible.

Earlier this year, The Current unpacked the inspirational “Play Like A Feminist,” by professor Shira Chess, who has a doctorate in communication and rhetoric. Chess’s book takes a discursive route to proving that feminism needs gaming, and gaming needs feminism. The root of the argument is that there is an abundant need for more play in today’s society.

Play is an act associated with children, so much so that the United Nations High Commission for Human Rights recognizes it as a right of every child. But play presents itself (if it presents at all) differently in adults because playing becomes a complicated matter as people mature. Video games are an ideal staging ground for adult play because they are an expansive medium, meaning that players can engage with entire markets of games that appeal to their individual interests as the industry expands.

But playfulness is hard to cultivate in the digital sphere. Casual and competitive gamers naturally clash over core values such as level of enjoyment, rewards and game mechanics. But both mentalities agree on gatekeeping their spaces. Feminists have been protesting toxic gaming culture for decades, advocating for their right to take up space and play as untraditional gamers, and they have been met with increasing amounts of pushback.

Traditionally, gaming is a male-dominated medium. The art and storytelling of games are aimed at their primary demographic: young men. Feminists have tried to produce games that break the traditional formula of entertainment by creating appeal for a wider range of consumers, and their content has received mixed feedback.

The conflict grew as hundreds of thousands of people flocked to websites like Reddit and 4chan to discuss the proceedings. Trolls began to target female gamers at large, regardless of their proximity to the original issue because any untraditional gamer was deemed as a threat or weakness in gaming spaces.

“The divide is, in part, demographic: It’s the difference between the historical, stereotypical gamer — a young, nerdy white guy who likes guns and boobs — and the much broader, more diverse range of people who play now,” said Caitlin Dewey for the Wall Street Journal in 2014 when Gamergate was at its height.

Almost everyone who attempted to push back against Gamergate found themselves in the firing line. The term social justice warrior debuted during this time and continues to be liberally applied to anyone speaking out about social justice topics online, especially if they can be identified as women. The social justice warrior—shortened to SJW online—trope makes it difficult for untraditional gamers to gain a foothold in online communities because railing against the tide of toxicity is proving less and less lucrative.

But that doesn’t mean that untraditional gamers are making their exit. In fact, gaming demographics have changed over the course of the COVID-19 pandemic. According to Forbes magazine, female gamers accounted for 41% of U.S. gamers in 2020. That number is on the rise, suggests an ongoing survey at Statista. Untraditional gamers are creating their own spaces and from that foothold, enacting change on the gaming world.

Easy-to-use development software like Unity and Unreal Engine makes creating games easier than ever before, and the combination of free software and open marketplaces makes game development possible for everyone. Independent developers are creating better quality games, many of which are aimed at untraditional gamers.

Because of the pandemic and a rise in independent game development, new gaming communities are popping up on Twitch, TikTok and Discord. In December 2021, Twitch reached an all-time high of total streamers at almost 9.9 million. Pre-pandemic, the number of streamers on Twitch was around 3.7 million.

Many new streamers used TikTok to document their untraditional gaming journeys and gained followers as a result. The popularity of social media during the pandemic allowed streamers to share clipped gaming content and go live on multiple platforms at once, reaching audiences in record numbers.

Discord is a popular app for organizing gaming communities, and its value increased 188% in 2020 because of the pandemic. On Discord, gamers can make private and public servers to connect with other members of the community, which makes it the ideal host platform for groups looking to build a place to enjoy gaming. Post-pandemic, Discord is an essential tool for creating inclusive spaces because of the ability to control who can join servers and groups.

In “Playing Like A Feminist,” Chess argues it’s time for feminists to protest by playing by their own rules and calling in others to play with them so that together they can enact positive change in the gaming world. And that’s exactly what’s going on as a result of the pandemic: untraditional gamers are creating inroads to gaming culture and inviting others to join them.

Calling in others is essential because it opens access to gaming, making space for more players and creators from underrepresented demographics to push back at modern gaming stereotypes. It’s not even about feminists making space for only women; feminists are positioned to be allies to all untraditional gamers. And there are already plenty of feminists in gaming; Chess says they are “deeply enmeshed in the complexities of gaming culture, and indeed know why games and play matter.”

Streamer JollySparrow created an untraditional gaming group within an existing group for the game Planetside 2, an online first-person shooter. They created the sub-group to make a space for the small amount of female and nonbinary players to game and bond together.

“It’s our little corner where we can get away from the boys’ club and encourage each other when playing,” JollySparrow said. “It’s been a lot of fun.”.

While it didn’t start as a specifically feminist group, they recruited more untraditional players to their chat as they embodied the feminist idea of calling in. And because of the success of that group, JollySparrow says they have plans to create other gaming communities.

“I’m newer to gaming, but based on how well my groups have done, I think I’d like to do more. Maybe branch out into different games and communities, or make my own game and test it with some of my friends. Seems like the sky is the limit when it comes to gaming nowadays.”

On a larger scale, feminist Anita Sarkeesian runs Feminist Frequency, an organization that analyses modern media’s relationship to societal issues such as gender, race and sexuality. Sarkeesian was a target during GamerGate because of a video series about tropes and women she produced on Youtube. She has persevered and continued to create content. Now, she develops content for Feminist Frequency to help people think critically about identity in media. Last year, under her direction, Feminist Frequency developed a hotline for people experiencing online or game harassment to receive text-based, confidential support.

Jay-Ann Lopez is the CEO and creator of Black Girl Gamers, a “Facebook group-turned-community-powered organization whose mission is to provide Black women with visibility and equity in gaming,” as she called it in a 2021 article she wrote for Refinery 29. The Black Girl Gamers Facebook group has 8,400 members, and their Twitch Channel has 38,000 followers.

“The space is democratizing,” Lopez said. “But rather than the companies that make millions, it’s creators-turned-entrepreneurs who are doing the necessary work to address the lack of transparency and seemingly unclosable gaps in gaming.”

Feminist Frequency and Black Girl Gaming are examples of organizations inviting other feminists into gaming spaces to enact change. Other organizations include the International Game Developers Association’s Women in Games, whose website invites others to join their community. It reads, “Your involvement in our community brings us closer to the goal of building greater awareness amongst our peers and colleagues of relevant programs, issues and opportunities that serve women in games.”

And there is surprising support from some major gaming companies. Big names like EA and Xbox have pledged support to #RaiseTheGame, an ongoing effort to improve diversity, equity and inclusion in the gaming industry. A majority of the companies partnered with #RaiseTheGame are indie developers, but the partnership of major labels signifies that priorities are beginning to change.

The future of feminist gaming looks bright, with many independent titles in development aimed at engaging untraditional audiences. There is no limit for untraditional gamers when they create their own spaces and call in other untraditional gamers. With the wealth of resources afforded by the pandemic, feminist gaming has the foothold it needs to enact change in the gaming world. With the gaming industry racking in the largest sales profits ever seen, it makes sense that game companies will start to engage with their newly recognized audiences. And where big gaming companies fall short, indie developers are creating a better future.

C. Rose Widmann (they/them) is a first-year M.A. student in arts & cultural management at Michigan State University and a graduate assistant at The Cube. When not writing grant proposals or playing Planetside 2, C is competing for both the MSU club fencing and club gymnastics teams. Insta: @C.rosewidmann