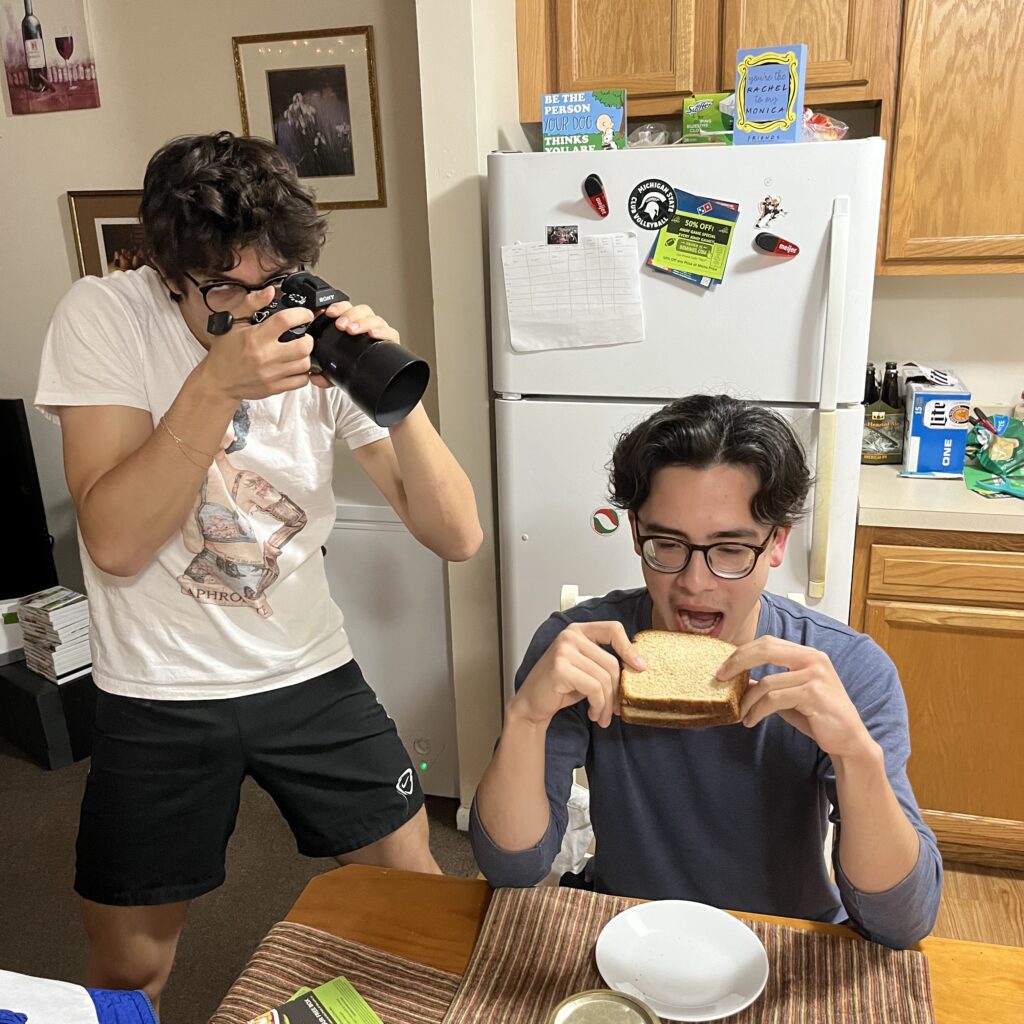 The slice of life genre is unique in its ability to captivate an audience while portraying traditionally mundane events. Originally used to categorize Japanese anime with no overarching story, the term slice of life describes any media that forgoes narrative structure to depict a random glimpse into its characters’ daily lives. In other words, people often say these movies and shows have no plot.

With exposure to a traditional story structure occurring as early as elementary school, it can be hard to see the appeal of a narrative with no primary antagonist, conflict or climax. In the case of Richard Linklater’s 1993 cult classic “Dazed and Confused,” the closest thing to an antagonist is a young Ben Affleck, whose character gets a little too excited about hazing the incoming high school freshmen by spanking them with a wooden paddle.

The most common criticisms of the slice of life genre are that it’s pointless and boring. Without a villain to defeat or a challenge to overcome, many viewers struggle to find intrigue in grounded characters living their normal lives.

Despite these misgivings, there is clearly an audience for slice of life entertainment. The 2014 film “Boyhood” raked in $57.3 million on a $4 million budget, and Bo Burnham’s debut film “Eighth Grade” made $14.3 million with a mere $2 million budget.

These box office numbers are respectable, but nothing compared to the Hollywood blockbusters casually profiting hundreds of millions of dollars. This is likely due to the fact that these films aim to address a niche audience.

According to writer and film critic Jon Guinn, movies with traditional storytelling have “a strict plot structure with all of the usual devices to trigger the exact emotion [the creators] want the audience to experience at the exact time.”

While some may resonate with any given piece of media stronger than others, every paragraph of dialogue, every gesture and every editing decision were carefully chosen to elicit an intended reaction from the broadest audience possible.

In contrast to this, a well-executed slice of life film contains a feeling of authenticity. As a direct result of its seemingly directionless story, any moment of relatability feels less of a result of a director’s manipulation, but rather genuine camaraderie with the film’s lifelike characters.

“Dazed and Confused” is about a bunch of high schoolers looking for alcohol, drugs, and a good time on the last day of school in 1976. The film is known for its unconventional casting and filming processes, during which the director, Richard Linklater, often changed aspects of characters to fit better with their respective actors. He also created an environment for the young actors to hang out every day after filming, a decision that begot natural on-screen chemistry.

Not every slice of life film goes to such measures to ensure authenticity, but “Dazed and Confused” speaks to how important this aspect is to these films. Famed director Quentin Tarantino has dubbed Dazed and Confused as one of his favorite movies, going on to say, “You hang out with the characters so much that they actually become your friends.”

Slice of life filmmakers intentionally alienate a large portion of the general audience to create niche connections with a select, passionate few.

Defamiliarization is the idea that, by making familiar objects or scenarios slightly unfamiliar, viewers will be able to view the object or scenario from a fresh perspective.

The film “Eighth Grade” is about a girl struggling to find herself during her final, awkward year of middle school. Her father makes countless attempts to connect with her, but he often fails and his actions are perceived as cringeworthy. However, he eventually breaks through her angsty exterior and the two share a tender moment of understanding.

Although the majority of this movie’s audience is likely older than 13, many can relate to the experience of having a parent who struggles to connect with them. Seeing the father’s love for his daughter offers viewers a new perspective on their own lives.They may feel encouraged to appreciate their parents’ well-intentioned failures.

Eighth Grade and other slice of life movies provide audiences with familiar circumstances that are different enough to discourage complacent viewing, meaning that viewers won’t become disinterested due to the film events being too similar to their own lives.

Slice of life media does not exist to hold the viewer’s hand throughout the story, rather it provides the audience with an opportunity to take away whatever they want. Given that this genre tends to focus on portraying normal experiences rather than grandiose adventures, it is truly the audience’s responsibility to decide what resonated with them.

It is unfair for people to claim the genre is “boring” or “pointless” after one or two experiences, as every piece of media with the slice of life label presents completely different perspectives from one another.

Even though its movies and shows are rarely massive commercial successes, the slice of life genre is an excellent format for creatives to show their appreciation for aspects of life that often go unnoticed.