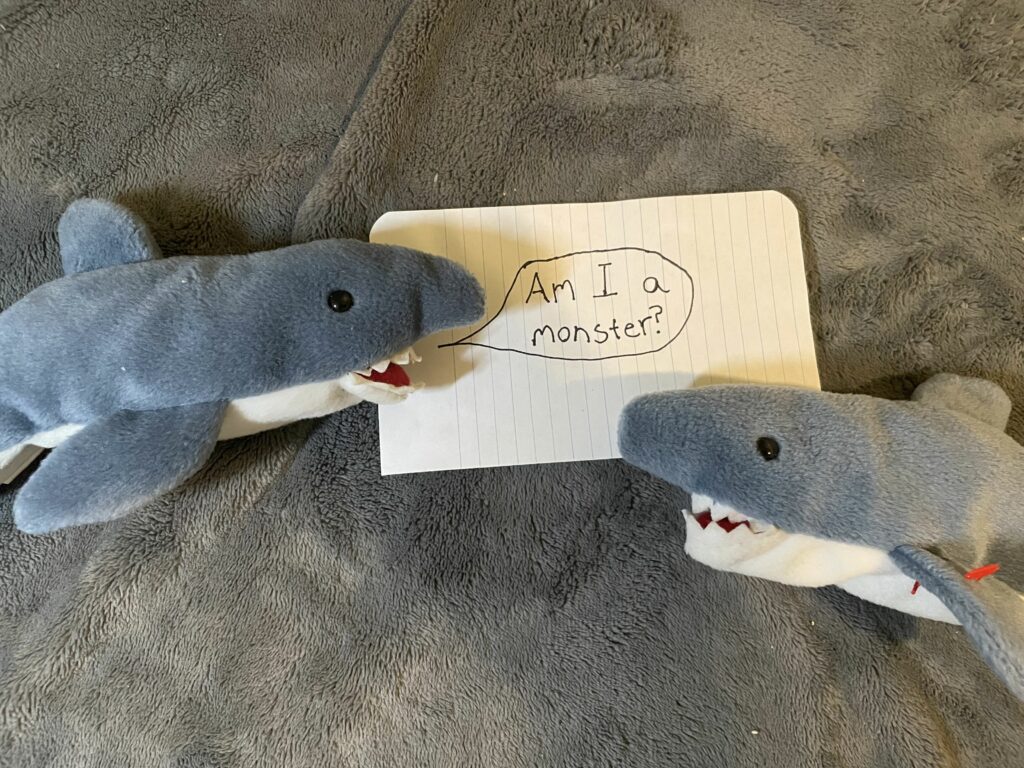 From “Jaws” to “The Meg” to “Shark Week,” the depiction of sharks in popular culture has been a little one-sided over the years. Sharks are almost universally portrayed as vicious killers that lurk just under the ocean waves. This scene of a woman being attacked and ultimately killed during a nighttime swim has seemingly defined the public’s perception of sharks for almost four decades.

The scene in question is the first scene from the movie “Jaws,” released in 1975. For those who might not have seen it, “Jaws” is about a small beach town that falls under a wave of shark attacks from one nasty specimen. A few local heroes rise up to kill it, before its presence destroys the local tourism. In the end they manage to, and the day is saved.

“Jaws” was a huge success at the time. The film is estimated to have made half a million dollars in box office sales. Not only that, but it also had a huge effect on pop culture, and has more references than one could reasonably catalog. And by cementing the idea of the merciless killer shark, it ended up having a huge impact on people’s actions.

Director of the Florida Program for Shark Research in Gainesville, George Burgess, spoke partially about this issue. In reference to hunting sharks he said, “It was good blue collar fishing. You didn’t have to have a fancy boat or gear. . . and there was no remorse, since there was this mindset that they were man-killers.”

This change in mindset had real effects, which have continued to the present. The statistics tell a damning story. In his article, “If you think sharks are scary, blame Hollywood, a new report suggests” Jansen Baier lays out the numbers early on.

The article reads, “Over the last half-decade, populations of sharks and rays. . . have decreased by 71%. More than 100 million sharks are killed each year, and over 30% of all shark and ray species are considered threatened.”

And this is particularly bad, as apex predators, sharks play an important role in many oceanic ecosystems. If current trends continue, and sharks go extinct, this will have unfathomable consequences, which could come back to harm us later.

However, this is also particularly bad because sharks don’t deserve the reputation that has been given to them by these movies.

Sharks just don’t attack people that often. Over the past ten years in the United States, less than 60 shark attacks occurred per year. In fact, according to that data, there have been several years with zero fatalities from shark attacks.

Still, shark attacks, even quite horrifying ones, do happen occasionally. Somewhat famously there was a series of shark attacks that occurred in 1916. Several people died as a result of one shark that seemed to develop a taste for human flesh, and it was these events that would later go on to inspire “Jaws.” However, this is truly an exception, and far from  the norm.

“Out of the [roughly] 475 known species of shark in the ocean. . . only about 10-12 are actually known to pose a threat to humans,” reads an article by the Living Coast Discovery Center.

Further, It is  worth noting that few species of sharks that do attack humans don’t have an intention to attack them. Shark attacks happen to people on surfboards and/or wearing dark full body swimming suits, which make them look like seals from below. Unlike in “Jaws”, most sharks don’t even seem to like the taste of people.

Some sharks even seem to develop some bonds with humans. In this video posted to the BBC Earth’s Youtube channel, a woman can be seen gently petting sharks as if they were dogs. As she pets them, the large fish swim up to the woman and gently press their heads into her waist, and settle down to the sea floor.

It’s hard to view these creatures as evil, man-eating monsters at this moment. Although, it must be reconciled with the fact that a shark might mistakenly attack someone if the circumstance demands it. People should still be wary around sharks, for their own safety if nothing else. At the same time, it’s worth reconsidering the place sharks might hold in pop culture.

However, that change might already be happening. Popular Tik Tok creator sharkysharkwahlberg focuses on shark related content, even tracking specific sharks. It’s possible that Americans may give sharks the more even-handed treatment they deserve. Though, there’s a lot of cultural inertia to move past before they get there.