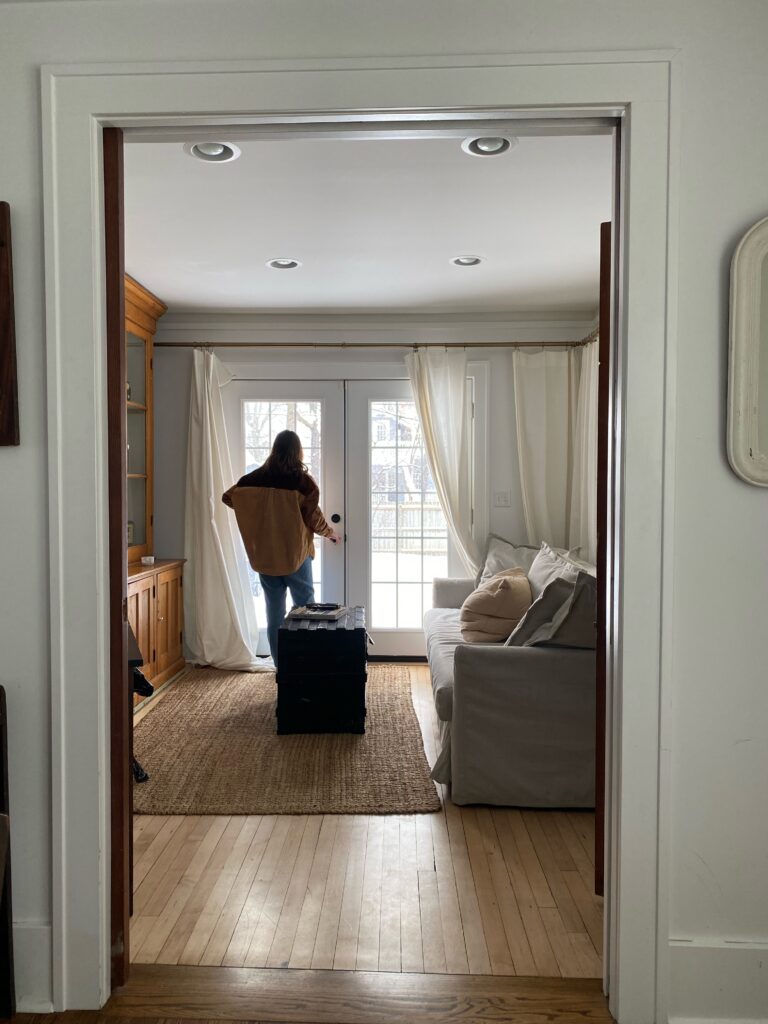 The “Clean Girl Aesthetic,” a trend originating from and popularized on the social media app TikTok, focuses on minimalism and self-care. This term is often used interchangeably with the “It Girl Aesthetic,” which is essentially a metropolitan spin on the clean girl aesthetic focusing on name-brand luxury and perfection.

The trend came from humble beginnings, championing simple beauty routines intended to enhance one’s features and natural beauty while remaining low-maintenance. However, the seemingly harmless trend has received backlash ranging from claims of appropriation or inherent ignorance, to setting unrealistic expectations and standards.

Based on the trend’s goal of simplicity and natural beauty, it may be assumed that this is finally a trend that doesn’t alienate many others. That doesn’t seem to be the case when analyzing the patterns that pushed the aesthetic to become a trending topic on TikTok’s algorithm. The women that go viral to fit conventional beauty standards. That is, cisgendered, white, thin and wealthy. This trend is simply not accessible to everyone, it effectively alienates women of color, mid- to plus-sized women, those with disabilities, anyone with skin imperfections and non-binary individuals.

Avery Tyson, a mid-sized influencer and student at Michigan State University, has a lot to say on the topic of body representation within the aesthetic. She states that the trend “feels extremely unattainable.”

Given her job, she follows trending aesthetics and topics closely and has found that there are few curvy-bodied individuals within the aesthetic, let alone being featured or considered an “it girl” within the craze. “This makes it really hard, especially as an influencer, to feel like I need to strive for this aesthetic that I will never fit into because my body will not allow me to,” Tyson says.

The trend primarily features and takes inspiration from influencers and celebrities with body types that match conventional beauty standards. In combination with this, many of the influencers behind the trend include workout clips in their content, seemingly emphasizing the importance of one’s appearance within this aesthetic and exhibiting unrealistic body standards..

Using models as a key source of inspiration for a trend focusing on natural beauty and minimalism is contradictory. While some models may advocate for the idea of simplistic beauty routines and embracing one’s unique features, many models have access to expensive products, treatments and procedures that have helped them perpetuate a certain expectation and level of beauty in society.

This may imply that  someone who doesn’t share features with a model is not a “clean girl” or an “it girl,” but a “musty girl” who doesn’t uphold conventional beauty standards.

Additionally, when a model is deemed the face of a trend, this can lead to many viewers striving for a certain look, even when their features and culture aren’t represented or associated with said look.

Because people are now achieving a particular aesthetic, the demand to keep up with it promotes consumerism.

While founded on simplicity, this does not mean that the “clean girl” aesthetic is easily achievable. Even simple concepts like self-care within this aesthetic have an underlying classist tone. Though the trend seems to be built on minimalism, many of the featured products have high price tags, making it inaccessible to most viewers and consumers.

Tyson also mentions that influencers within the trend “[talk about] taking three-hour long walks during the day when most people are working, studying, or don’t live in a place safe enough to do that.” Her observations perfectly exhibit how this trend has been created by and for those that are privileged enough to go on longer walks than the average person, take a workout class or buy an item that seems underwhelming when in reality, a “clean girl” could “spend $200 on a white sports bra.”

The tone of ignorance within this trend doesn’t stop there, but continues into blatant internalized racism and prejudice. Many of the trends associated with this aesthetic have been used by women of color, specifically Black and Latina women, for decades.

Some of these trends include gold jewelry, especially gold hoops and nameplate necklaces, slick back buns and ponytails, acrylic nails, glossy lips and athleisure wear. All of which have historically been labeled as ghetto or trashy.

This trend actively uses trends from minority cultures and repackages them to the majority group, now labeling them as classy and elegant. The lack of recognizing women of color for originating big staples of the “clean girl” aesthetic again alienates those that aren’t white, and even emphasizes a level of classism when recalling that these trends were recently deemed ghetto for women of color.

An example of this would be Hailey Bieber’s new lip trend, which entails lining lips with a brown lip liner and filling in with gloss. This is something that Black and Latina women have been doing for decades. The difference here is that it was not trendy or thought to be the height of makeup, but because they had to adjust shades to their lip color because nude lipstick shades were geared towards white women and fair skin tones.

Women of color are now using hashtags like #Latinagirlaesthetic or #cleanlookblackgirl to direct POC viewers to their content so that they can learn to apply the “clean girl aesthetic” to themselves.

The creation of new hashtags for minority groups also indicates that content from minority creators within the aesthetic do not get recognition like their white counterparts, further emphasizing the alienation and exclusivity present within the trend.

A trend that emphasizes natural beauty should not be cause for a passive battle for recognition to occur. Rather, an aesthetic like this should be all-encompassing, allowing for individuals of every background to identify with it.

Yasmeen (Yazzy) Amjad is a senior pursuing degrees in psychology and professional and public writing. She hopes to use her knowledge of rhetoric and psychology to effectively edit and write stories. Yazzy is passionate about all forms of storytelling. In her free time, she enjoys watching movies and TV shows, listening to podcasts, and reading for hours on end.