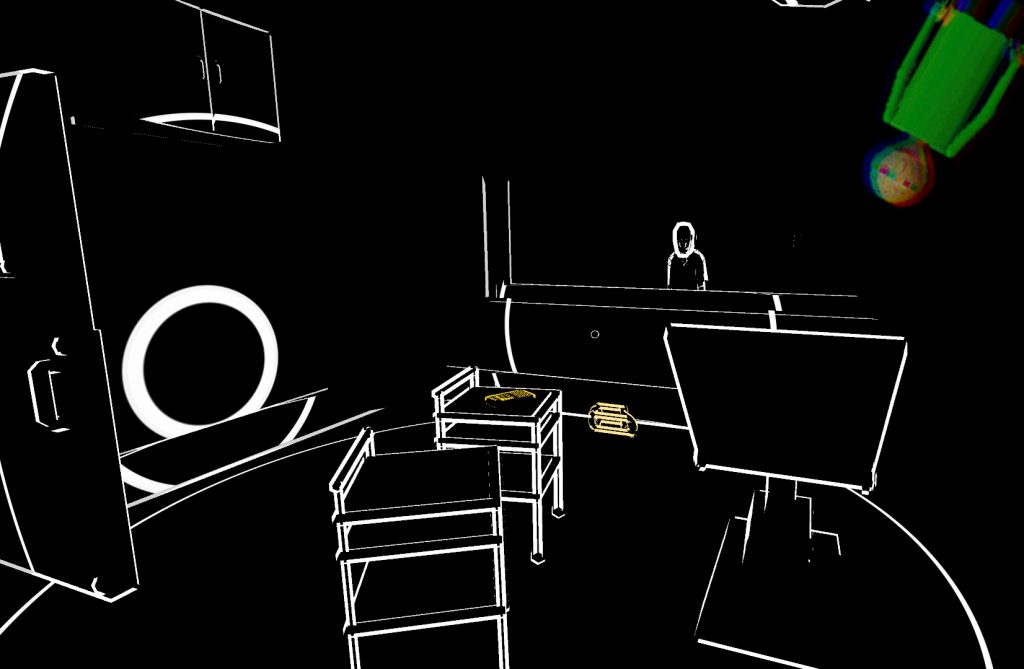 Just because a game is scary doesn’t mean it follows the same formula. There are numerous horror games with a traditional action-horror concept—fighting monsters, be they supernatural or human, with weapons you can find—but horror and scares can be found in other styles of plot, gameplay mechanics and art. The following is a brief list of games that scare and how they do it.

An example of your fairly standard survival horror game. You run around as Sebastian Castellanos, a gruff, competent police detective who suddenly finds himself surrounded by zombies and other horrors and has to shoot and stab his way through them. The game has multiple large maps the player moves between in a semi-open world experience with visuals that are realistic without being overly detailed.

Similar to Evil Within, this game uses a realistic art style, though Outlast finds its fear factor in being a stealth horror game. The main character is a simple investigative journalist, meaning you can’t fight the horrors around you, so your options are to run or hide, and neither will keep you out of harm’s way for long. The game is made more intense by its first-person perspective. It doesn’t help that the best way to see is through the night vision on the video camera that you’re constantly having to ration the batteries for. Unalone in the dark, how can you sneak past the latest killer if you can’t see him?

Widely regarded as one of the best horror games of all time, this playable teaser for unrealized game Silent Hills has four, connected locations: the hallway before you turn the corner, the hallway after you turn the corner, a grimy bathroom through a side door and a stairway. In PT, the player walks through the game in first-person, finding themselves caught in a loop with a hallway that changes slightly each time you reenter from the stairway. Between the incredibly high resolution, realistic graphics, changes in lighting and hallway events and the creepy radio talking about the murder of a family, every step forward is a fight against your self-preservation instincts.

Subnautica is not technically a horror game; it’s a survival exploration game. However, swimming around in an alien ocean where you can’t see the bottom a lot of the time with things out there that will gladly kill you? Not exactly the calmest you’ve ever been. The graphics are stunning, and getting familiar with the open map leads to both comfort and cemented fear as you learn where the truly terrifying creatures reside. It is too bad, though, that most of the people who were on the starship can’t see the beautiful sunrise through the waving sea grass since they were all killed in the crash or by the things in the water. Wait, was that a tail in the distance?

The graphics are atrocious, so why is this game so scary? Is it the rhythmic slapping of the yardstick in the distance as Baldi, the increasingly enraged teacher, looks for you? Is it the way the slapping speeds up when you’ve answered the incredibly distorted math questions incorrectly? Is it the jerky motions Baldi makes in place of walking? Or is it the fact that your world is a combination of early CGI, clipart, and doodles and yet you’re still being hunted while trying to escape this fever dream?

A first-person, mainly line-art game where the only way to see is by making noise. The downside? There are people scattered throughout the building—people who will kill you if they get the chance. They can hear you if you’re not quiet enough, and sounds are made in the game through a combination of footsteps, objects, and the player’s microphone. Even though the art style is incredibly simplistic, the game keeps the player in tongue-tied fear the entire time.

Carolanne Stockton is a senior majoring in English with a concentration in creative writing. After college, she hopes to use her passions for writing and editing to help others share their voices through the publishing industry. Other passions of hers include psychology, gaming of all types, spending time with friends, and seeing as many cute animals as possible.