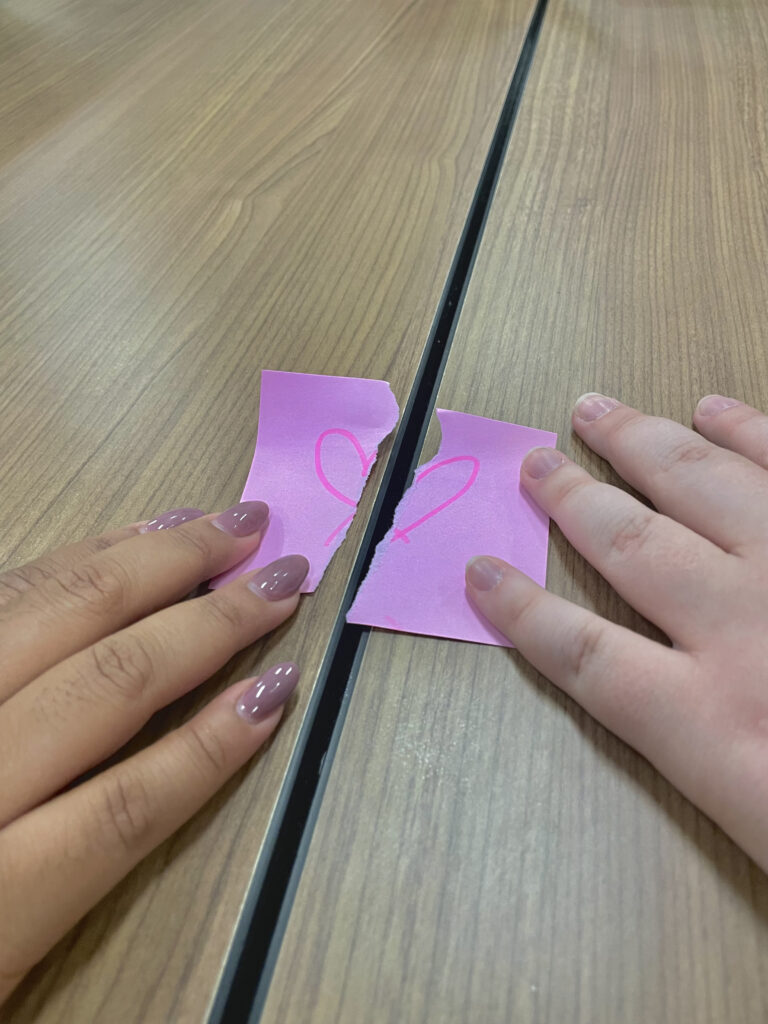 In today’s day and age, dating has never been harder. Many people have given up on the idea completely, and it’s easy to understand why.

With access to a nearly infinite dating pool, there is always a feeling of dissatisfaction, and wondering “what if?” People often assume they could “do better,” or find someone more like themselves.

A study done by Pew Research Center found that “nearly half (47%) of all Americans say dating is harder today than it was 10 years ago.” There are many factors that have affected this statistic. Today’s dating scene is much more casual than it once was. “Dating” itself was once actually going on dates, and testing the chemistry. Now, the dreaded “talking stage” has taken its place, a phase before dating where people get to know each other with less commitment.

Many see these views on commitment to be a generational issue that social media has also challenged. Taniya Spolia of the Western Gazette states, “For such students, committing themselves to a single person is more daunting now than ever—as we spend hours scrolling, swiping and liking, our eyes are opened to the infinite amount of options that could potentially be ours. In swiping right, you may find someone more attuned to your niche personality: someone better. Everyone is replaceable.”

With such visual platforms, many mistake attraction for affection; and with constant access to a world of dating profiles from extremely attractive people, the surrounding everyday people may seem much more average in comparison. This has created an impersonal nature to the dating scene today, and many are simply not looking to be a part of it. In an article by Laura Wescott of The Current from 2021, “Online Dating in a Digital Age”, Wescott said,  “Young adults can sometimes be more concerned with instant gratification and short-term fulfillment than long-term commitment, which makes way for hookup culture.”

After being asked what she thought of the dating scene today, Michigan State student Anna Ackerman said, “I honestly think it feels really hopeless sometimes. It doesn’t feel like anyone is looking for anything genuine and serious anymore. I’ve been single for the past three years because I have yet to find someone who wants to actually get to know me.”

When asked why she thought the dating scene has become so much harder, Ackerman said, “I think social media has really influenced how hard things have become. When we are seeing all these new people all the time, I think it must affect our own attractions and has made everything a bit more surface level, and all about looks.”

Another Pew Research Center study said that, “in 2019, roughly four-in-ten adults ages 25-54 (38%) were unpartnered – that is, neither married nor living with a partner. This share is up sharply from 29% in 1990.” This study shows that more and more people are even staying single for the long run, even saying no to marriage. Perhaps single life is the new trend and people can find happiness without committal relationships. Or, perhaps we are witnessing the death of romance.

“I love being single,” said Ally Gilbreath, another student. “I think it is so much more  important to love yourself first, before anyone else, because that is the one relationship that lasts forever. Surrounding yourself with people that love you is still possible without dating. My stance on that might change one day, but I won’t force it anymore.”

For the hopeless romantics, these things might be hard to hear, but there are certainly available partners out there, and a positive aspect of social media is its possibility of making it easier to find them. With a quick search on an online dating site, singles can set their preferences and find those who are also looking for long-term relationships.

Perhaps Gen Z may need to adjust to this new-age dating, as some of these attitudes could be here for the long run.

Jenna Piotrowicz is a senior majoring in professional and public writing, aspiring to be a writer or editor in her future. In her free time, she enjoys watching movies, TV shows and working on her own screenplays, hoping to create the next big feature film.