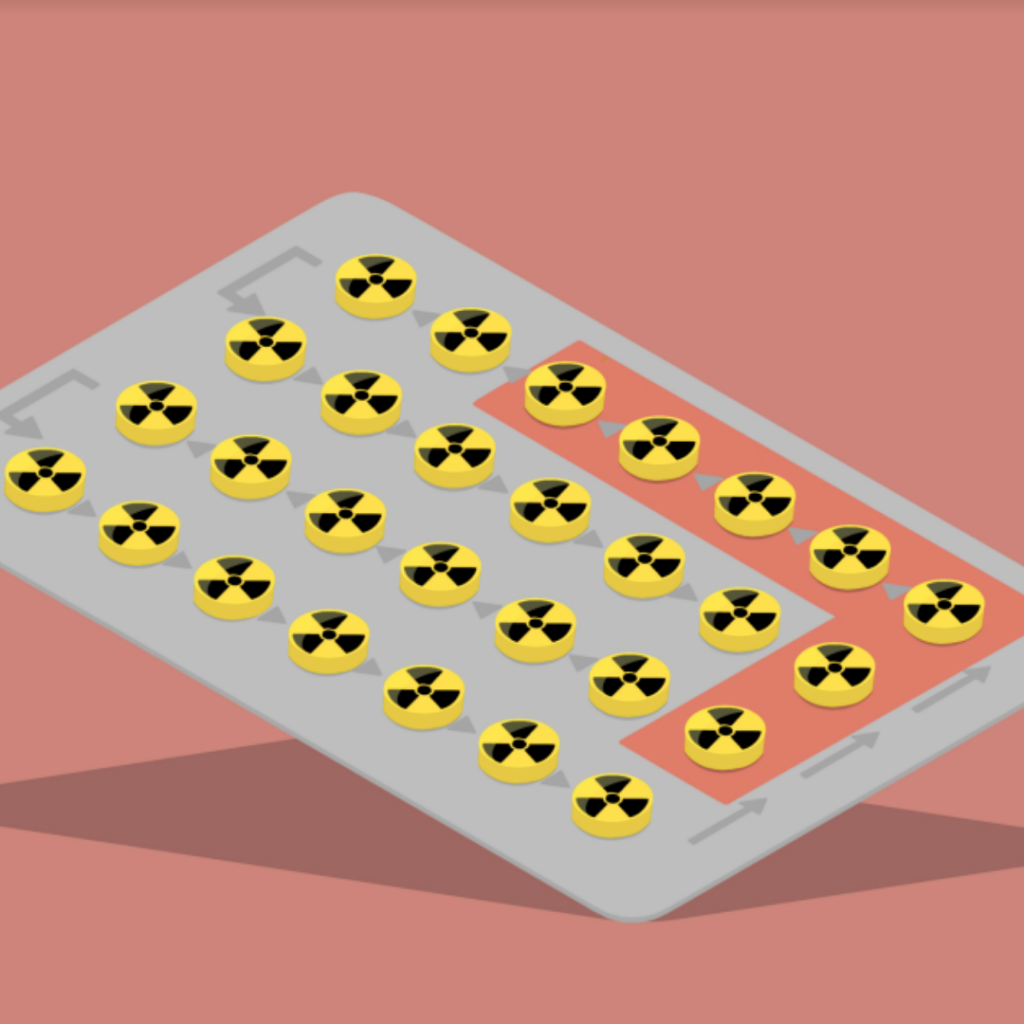 It sounds like a good deal: take a pill every day, have sex, avoid unwanted pregnancies. For the most part, this is true—birth control pills are 99% effective in preventing unwanted pregnancy. But at what cost?

It should be no secret that birth control has significant negative effects on a woman’s body, with each box containing a warning packet that unfolds like a scroll. Big pharma technically aren’t trying to keep the dangers under wraps, yet the side effects are dangerously unrecognized.

Hannah Visser, a 20-year-old MSU student, said she was not made aware of the dangers before starting the pill for acne purposes.

“I had really bad cystic hormonal acne from the age of 12 until age 18 or 19 when I finally got on birth control for it. It cleared up in three months and it hasn’t come back yet,” she said. Although the pill cleared her skin, the side effects have taken a serious toll on her emotions. “I never know if I’m just sad or if it’s just my birth control acting up.”

The contraceptive pill increases a woman’s risk of developing blood clots and should be used with caution, as health risks increase when combined with certain substances. Visser was only made aware of the dangers pertaining to accidental pregnancy. “They did warn me that if I used it with antibiotics it wouldn’t work,” she said. “I remember that warning, but everything else they really didn’t talk about. They kinda just gave it to me and said ‘here ya go have fun.’”

With such easy access to the pill, more young girls, just like Visser, are getting on it for reasons spanning from lighter periods, to clear skin or their first relationship. More than 80% of women will have used oral contraceptives for an average of about five years. This makes the pill one of, if not the most, popular contraceptives available to women today.

A highly concerning side effect of the birth control pill is high blood pressure, which can lead to blood clots. If untreated, these blood clots can be fatal especially if they manifest as deep vein thrombosis, stroke, or pulmonary embolism. The spike in blood pressure comes from the heightened levels of estrogen in the pill, and sometimes, drospirenone, hormones that prevent pregnancy.

Women’s chance of blood clots can increase even further based on their family medical history and lifestyle choices. One of the most concerning external factors that increases women’s chances of developing a blood clot is nicotine use. Nicotine significantly increases blood pressure—this accounts for cigarettes and e-cigarettes. Like the birth control pill, many teens, and even adults, are not aware of the dangers that lie behind vaping. When combined, vaping and the pill become significantly more dangerous than they ever could be on their own.

Merideth Michael, a 21-year-old MSU student, became aware of the dangers on social media platforms like Tiktok since her doctors failed to alert her. Because the information came from social media, she isn’t sure what to believe. “I get a little scared because people say it is really bad for you to suppress your hormones. I don’t know how much of that is misinformation and how much of that is fact; my gynecologist hasn’t told me anything super concerning,” she said.

Her doctors were able, however, to inform her of the surface-level effects. “They didn’t tell me much; they said that it would help me with my acne and that I could experience some weight gain because of water retention and different cravings. It wasn’t anything about like, serious health issues.” Luckily, Michael does not use nicotine or have a family history of blood clots, so this lack of information was less likely to be life-threatening for her. However, it is still good to know in case something were to change as Michael plans to be on the pill for a while.

“It’s cleared my skin and regulated my period,” she said. “I think it’s helped me.”

Aside from physical effects, hormonal birth control—including the pill and other methods like the ring, the shot, and more—can have effects on the psyche that are just as dangerous, especially for those who are already prone to anxiety, depression, or another psychological condition. When levels of estrogen in the body are changed, hormone levels change as well, and this can create an unstable headspace. When combined with external factors such as school, stress, and underlying mental illness, this can create a catastrophe.

Brooke Hirdes, a 20-year-old woman, says birth control has not helped her pre-existing conditions. “I’ve definitely noticed that when I started birth control I got more depressed more easily. I take antidepressants and I have to keep upping them because I noticed birth control affected that too,” she said. “Honestly that’s one thing I’ve heard a lot from people too, is that the depression makes them stop taking it, and then they feel better.”

For Hirdes, birth control was not a choice. She began taking it in her early teens at her doctor’s request to help combat endometriosis and suffered mental and physical side effects as a result. “I’ve taken three pills over the course of four years,” she said. “All of them caused horrendous side effects. The first one gave me intense migraines and heightened PMS symptoms. The second gave me severe anxiety and depressive episodes. The third completely changed my personality into a very emotional person.”

Mikayla Norton, a 19-year-old student, also took the pill for endometriosis and found that not only did it not resolve her condition, it gave her a myriad of other symptoms.

Hirdes concluded with a clear statement against birth control: “I have never ever had a good experience with birth control; I took it to help with my endometriosis, and it never helped any of my symptoms.”

If you’re on the birth control pill now, but don’t use nicotine or have a family history of high blood pressure, take a breath. You most likely are fine. However, if you are on the pill and currently vape or smoke, stop one or the other. If your doctor already told you, great. If not, you know now. Your life could be on the line.

Lucy VanRegenmorter is a junior studying journalism and photojournalism. She is a staff reporter for The State News and strives to tell the stories that are often overlooked. She also enjoys writing blog posts and print articles for VIM magazine, a club she is very thankful to be a part of. When she is not writing, Lucy enjoys taking photos, reading, and listening to podcasts.