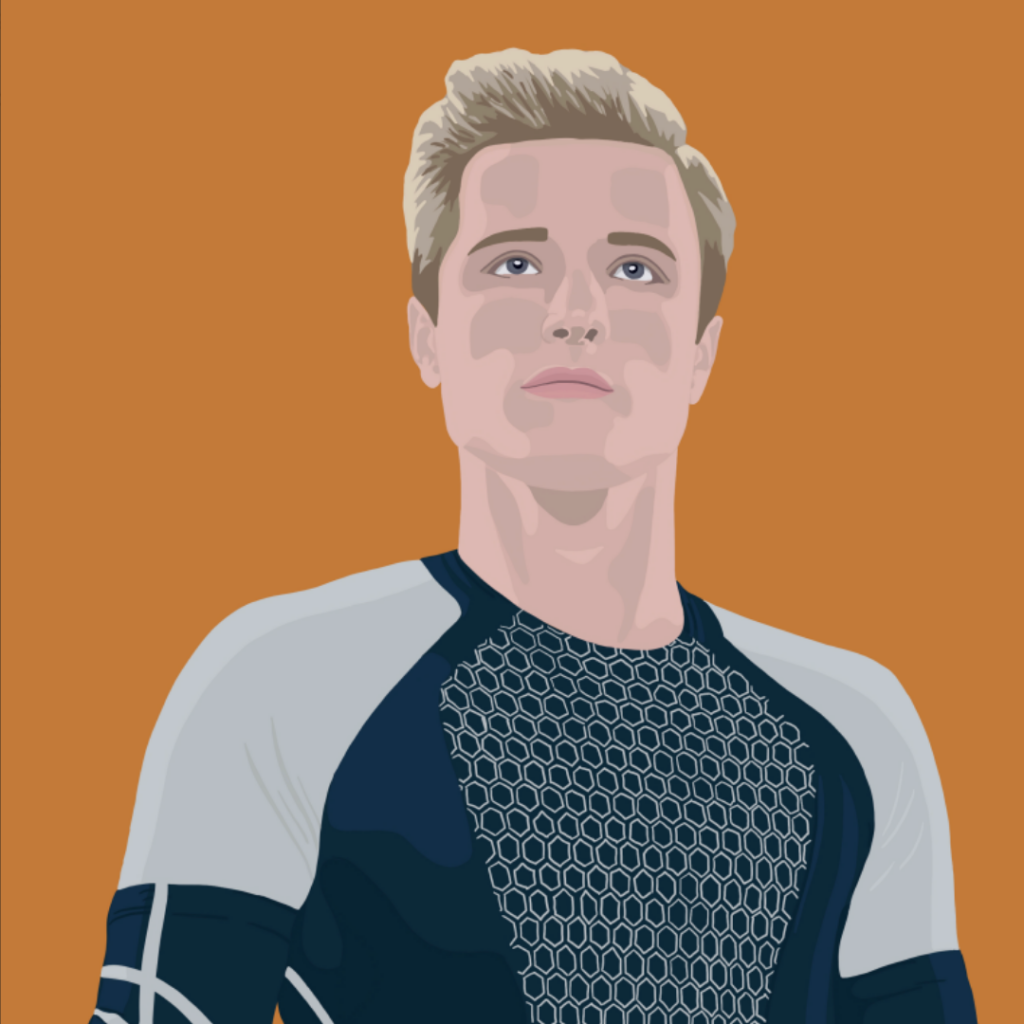 As the name suggests, comfort characters are fictional figures from books, movies, and TV shows that, for one reason or another, lift people’s spirits when they are down. Everyone has characters they hold close to their hearts, but what many people don’t realize is there is actually psychology behind why they cling to fictional beings.

These types of characters draw people in because they are familiar and safe and can reflect mankind’s innermost human thoughts, feelings, and desires. For instance, Peeta Mellark from “The Hunger Games” is a source of comfort to many because of his unwavering optimism, his devotion to Katniss, and his unwavering hope for a better world despite all he endures.

This character resonates with so many because of human nature’s shared desire to be loved unconditionally, especially by someone who sees the good in life. Or maybe Peeta is so popular because of his positive outlook on life since that is something plenty of people yearn for in themselves.

Sokka, from the Nickelodeon television show “Avatar: The Last Airbender,” is also a fan favorite. Everyone knows Sokka as the funny, sarcastic guy who always had something to complain about. As the only one in the group without the ability to manipulate the elements of nature, Sokka at times felt he lacked what it took to bring about effective change like the powerful, talented benders surrounding him. Eventually, he finds his strengths and confidence and realizes he is just as valuable as his friends. A relatable struggle for many.

Like Sokka, most people are average human beings, so to see him learn that he can make a difference and love himself along the way without magically obtaining superpowers is inspiring. He is a comfort character to many fans because he gives people the hope that someday they will find their place and purpose in the world, too.

There’s little wonder as to why comfort characters are so intriguing. Whether on screen or within the pages of a novel, the stories these characters take part in have the ability to transport avid fans into a world different from their own, away from the anxieties and problems of real life. Comfort characters help in coping with change and uncertainty. They are also why so many people resort to watching the same shows over and over. It takes a curious spirit to dive into brand-new content and become acquainted with new characters, but sometimes that curiosity simply cannot be conjured up, especially when stress is taking the forefront of our lives for whatever reason that may be.

That’s why many turn to fictional characters. These characters offer an unchanging familiarity and sense of stability. Their personalities stay the same and their actions are anticipated, which provides comfort against the unpredictability of the world’s events. While comfort characters may be a form of escapism as well as entertainment, the psychology behind devoted fans’ connection with them goes beyond that.

Some people become more attached to fictional characters than others do, even resorting to raving about them on the internet and creating entire fandom communities dedicated to these fictional people. This deep attachment, fueled by passion, is actually not at all a sign of crazed individuals looking for ways to feed into their obsessions. In fact, it indicates the amount of empathy these fanatic fans are capable of, which is a lot.

According to Dr. Dill-Shackleford, PhD, it can actually be easier to feel empathy toward fictional characters than people in real life. When trying to empathize with family members or friends, something people generally tend to do is fill in the blanks of the parts of the story that are left unsaid. With fictional characters, it takes a lot less effort to feel for them because so many more details of their situations are revealed, leaving both readers and viewers alike, with a wealth of information far more specific than they could ever hope to know about the acquaintances in their personal lives.

People are often criticized for the characters they love, and for a number of reasons. It could be because their fave character comes from a corny chick-flick or seemingly has no depth. Whoever someone’s comfort character may be, whether it’s the kind and likable Peeta or the funny and courageous Water Tribe warrior Sokka, the ability to form a deep connection with them shows an empathetic and analytical person behind the scenes, even if the storylines they get seem less so.