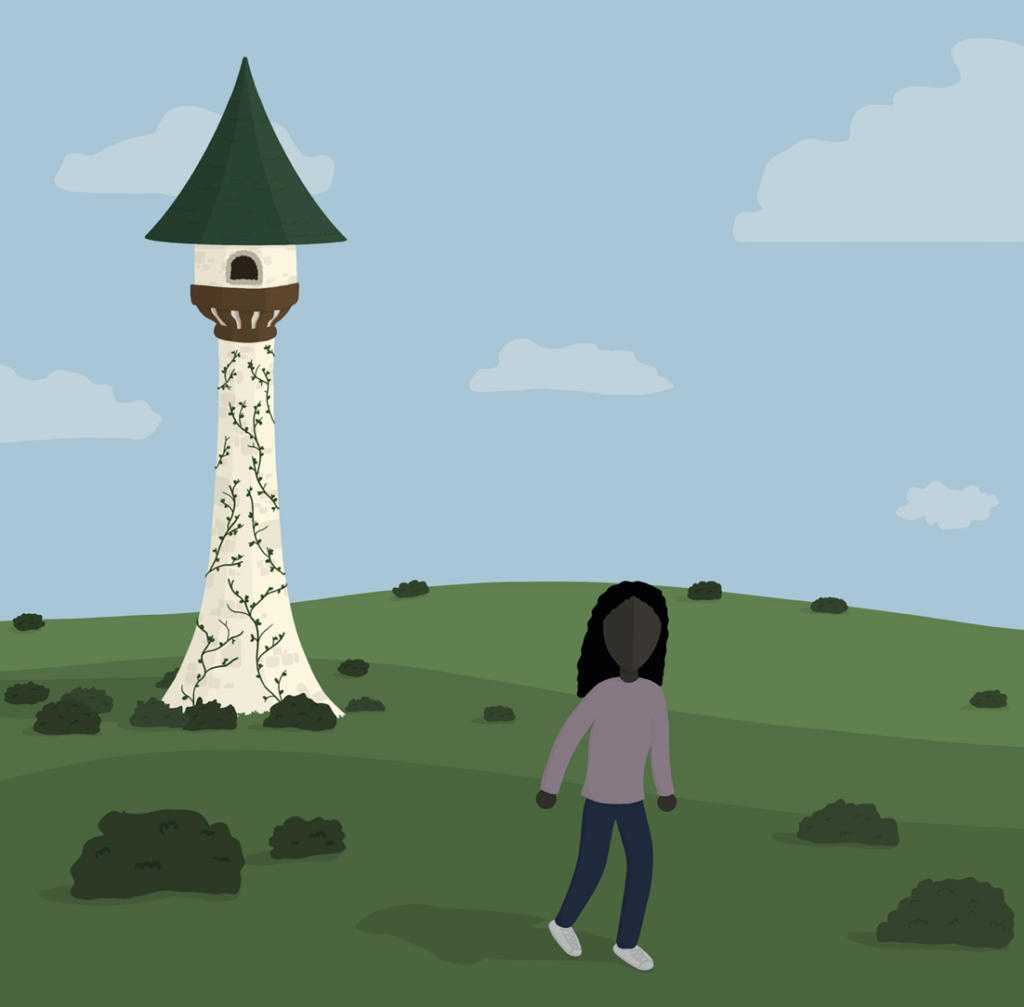 The Toll of Tokenization

This article is part of our Fall 2021 magazine. Read the full edition here.

I’m tired of playing the role of the Black sidekick in my friend’s lives. I oftentimes feel like a cross between Mammy and the Magical Negro. Part confidant, part caretaker, always the one expected to fix everyone else’s problems. This surely stems from my selfless nature. A nature that was exacerbated not only by my role as the eldest daughter in a Black family but also as the token Black person friend in my social circles.

It wasn’t always this way. Growing up in Detroit, everyone looked like me. I was raised by a village of strong Black grandmothers and aunties. I was privileged enough to attend private school until sixth grade. In my early elementary classes, we learned basic Swahili and hosted a Black History Month living wax museum every other year. There was a pride instilled in me of being Black. Impressing white folks wasn’t at the top of my to-do list.

That changed when my parents divorced and my dad moved closer to the Air Force base where he was stationed. My parents decided to put me and my sisters in a public school in a particularly white suburb of Detroit: St. Clair Shores. You see, St. Clair Shores was made up of the kind of white people who felt like they were being edgy by just going downtown to a Tigers game, and mind you, this was 2010 before Detroit got gentrified by the same white folks who were too scared to go beforehand.

On my first day of sixth grade, a kid asked me if I was in a gang, or if I’d been shot before after I told him I moved from Detroit. I felt a little embarrassed at the time. Looking back at it, I’m angry at the Caucasity this child had to make such disrespectful assumptions about me. Even though my family was much more invested in my education and success than their parents were, my white peers assumed I was gangbanging before even hitting my teenage years. They couldn’t fathom a young Black girl from Detroit outsmarting them. It challenged their status quo.

The first year at the new school involved a lot of shutting up and keeping my head down. It wasn’t until the next year I finally made solid friends with a group of equally awkward tweens, who now would be considered “chronically online.” I was able to fall into a sense of returning to pre-move normalcy, but the illusion didn’t last. My so-called friends started with microaggressions, though I didn’t recognize them as such. The word microaggression wasn’t in my vocabulary at the time. A friend told me the only Marvel character I could roleplay as Black Panther. At a sleepover, my friend’s dad refused to make eye contact, let alone speak, with me. He watched Fox News all night. This disrespect continued because I didn’t have a need or desire to speak out. I valued making white people comfortable over protecting my own dignity. Assimilation was complete, to the point where I rarely associated with my Black peers because I thought I was one of the “good ones.”

High school was a different story. Nearly three years later and the district was more diverse, to the dismay of white parents who took to Facebook to complain that schools of choice were “ruining” an otherwise prestigious district. My friend group expanded as I got involved with the marching band and Gay-Straight Alliance. I felt more confident in myself and came out as transmasculine to a small group of friends.

I thought I would be safe since there were other queer kids in our friend group. Why wouldn’t they accept me? When I came out to one of my friends via Facebook message, she told me I changed. I  was constantly deadnamed and my pronouns weren’t respected. Cis, white gay men were okay in her book because they were a thing to be fetishized. But a queer, Black person coming to terms with their identity wasn’t acceptable.

Despite this friend using the label ally, her blatant transphobic sentiments morphed into racism. It started with getting shoved in the halls nearly every day and having my lunch spit in. It ended with her calling me a nigger twice. When I confronted her, she told me it’s a free country; and she could say whatever she wanted. Then, she followed up with, if Kevin Hart could say it, why couldn’t she?

Looking back on it I should’ve punched her in the mouth, but I didn’t want to cause a scene and I was afraid of being the angry Black woman, the loud uncontrollable ghetto woman. And do you know, not a single white person in that situation came to defend me? They just sat there like deer in headlights and eventually abandoned me. It didn’t matter that I spoke like them, dressed like them, I was still just a negro.

Nearly a decade later, I found pride in my Blackness and queerness once again, thanks to the supportive communities I built at MSU. However, the white folks stay the same with their insincere notions wrapped in faux-wokeness alongside a heaping serving of white guilt. Their systems of accountability are little more than farces to keep one hand on the purse strings and the other over our mouths as we drown in silent suffering.  We’re left to hope one day they can smell their own shit.

I am not your mammy.

I am not your magical negro.

I don’t, and I won’t, make myself smaller or quieter to make the white folks comfortable.

I will take up all the space I want and need and continue to shine brighter than them all.

Charlotte Bachelor is a junior in Professional and Public Writing and Digital Humanities. She is an avid writer and social media strategist. When not working she can be found watching commentary YouTube videos and thrifting. You can find Charlotte on Instagram @cxbachx.