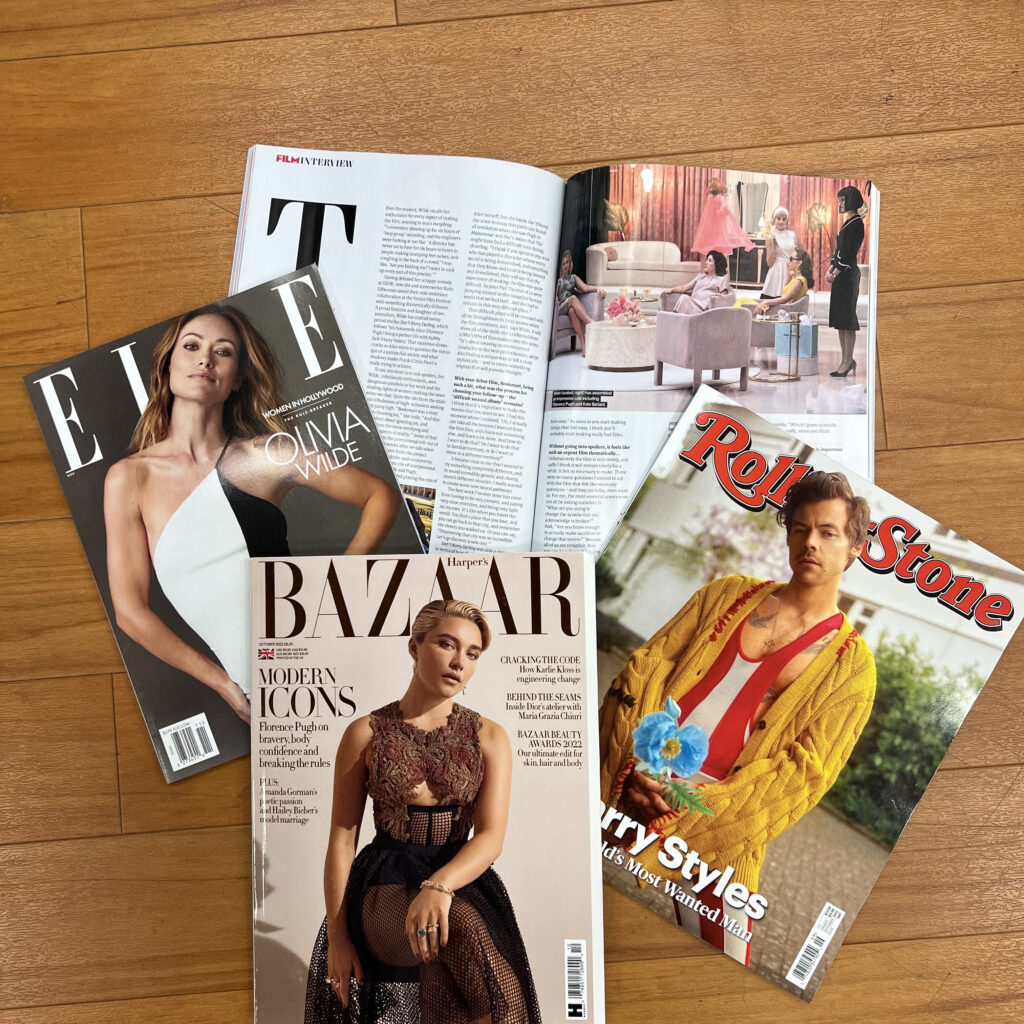 Olivia Wilde’s recent movie release, Don’t Worry Darling, has put the statement “all publicity is good publicity” to the test. Originally anticipated for its star-studded cast and plot line about a 1950s utopian society, the film’s popularity grew due to associated offscreen scandals.

The film’s director Olivia Wilde’s public breakup with her partner, Jason Sudeikis was the initial spark of interest among fans before the movie’s release. It seemed as though everyone was following along online waiting for what would happen next, which soon became the newest headline. Olivia Wilde and Harry Styles had a fling, catching fans by surprise and further capturing their attention.

Pugh’s statement reveals that she does not appreciate being oversexualized or hyperfocusing on the sexual content in the film. Her refusal to acknowledge these scenes further is the precursor to her publicity events and statements, or lack thereof, for the film.

Pugh’s honesty and disregard for promotion surrounding Wilde’s work has made the project immensely more popular. So much so that people decided to watch the movie solely because of the soap opera-like scandals surrounding it. One of those people was Lillian Wege, a student at Smith College, who “was interested in it because of the surrounding scandal.”

Wege elaborates that if it were not for the surrounding rumors and drama, she would not have cared about or wanted to see the movie at all. Her entire experience was determined by Hollywood’s gossip.

“It all seemed crazy and tragic to me. The theater in which I watched the movie was filled with teenage girls screaming in reaction to the film, laughing at sex scenes (of which there were plenty), and mocking Harry Styles’ lines. Perhaps the movie would have achieved more of its intended social impact without the drama, but people also think it was all a ploy,” Wege says when asked for her thoughts on the related drama.

A film that had so much potential has had its themes moved to the back burner, while people instead talk about the drama surrounding it. Viewers such as Lillian Wege were disappointed “in terms of its claim of being a feminist movie” as many important narratives, such as a Black woman being the first person to confront the system being quickly killed off, were overlooked and swept under the rug.

Covering hot topics such as feminism and gender roles, utopian socieities, and conversations on race that provide easy fodder for discussion, Don’t Worry Darling truly challenges the idea that “all publicity is good publicity” as attention for the film has gone everywhere but the core of its content.

Yasmeen (Yazzy) Amjad is a senior pursuing degrees in psychology and professional and public writing. She hopes to use her knowledge of rhetoric and psychology to effectively edit and write stories. Yazzy is passionate about all forms of storytelling. In her free time, she enjoys watching movies and TV shows, listening to podcasts and reading for hours on end.