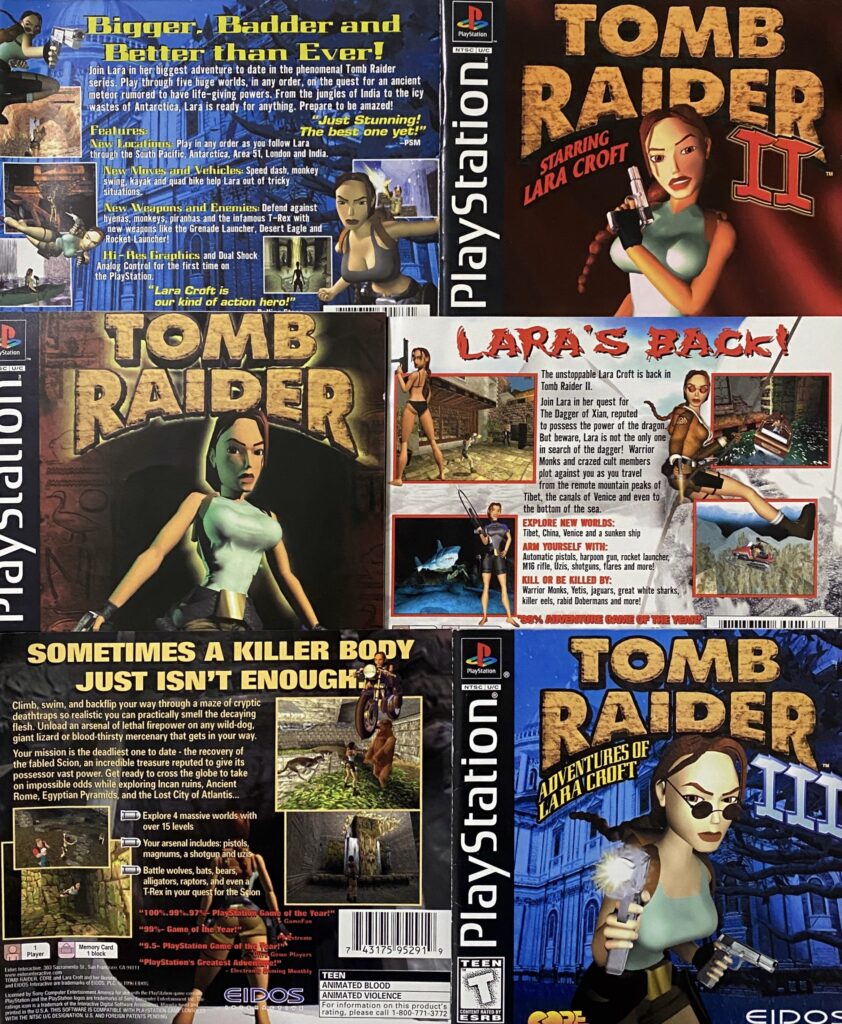 Historically, video games have catered almost entirely to the male gaze. Men were viewed as the only demographic for the industry for years, and games largely reflected that.

Now, there are more women video game protagonists than ever before, but their numbers remain strikingly low in comparison to protagonists that are men. Diamond Lobby compared the top 10 video game releases of each year between 2017 and 2021, as well as every other major release from the largest game publishers in that time frame. The survey discovered that out of over 100 games, only 19.8% featured a woman protagonist.

It’s tough to pin down exactly when women entered the consciousness of game developers as feasible, marketable protagonists, but what can be said for certain is that the introduction of Lara Croft in 1996 changed the video game world forever.

Before Lara’s debut in 1996, it was relatively unheard of for women to have relevant roles in advancing a game’s plot, and even more rare to have women as playable characters within games. Up until the release of Tomb Raider, the only recognizable playable women in games were Samus Aran of Metroid (1986), Chun-Li of Street Fighter II (1991) and Sonya Blade of Mortal Kombat (1992). All of that changed when Lara came onto the scene.

For once, gamers were introduced to a woman who defied every possible stereotype. Lara is well-educated, intelligent and rich, and most importantly, she can wield weapons and hold her own in a conflict. Battling human and animal enemies alike, Lara showed the world what women are capable of.

Lara Croft has been hailed as being one of, if not the most iconic women video game protagonists of all time. In 2008, the Guinness Book of World Records declared her the “most recognizable female video game character,” and that seems to hold true to this day.

The first model of Lara Croft in the original Tomb Raider game portrayed her as an insanely proportioned woman with an outfit that was hardly practical. Her pointy, polygonal breasts have become a bit of a joke, but at the time, her large chest was an intentional choice and proved to be a successful marketing ploy. While it has been a long-running belief that Lara’s chest size was the result of a mistake while creating her model or a simple bug, that has since been debunked. Lara’s first model was busty simply because developers wanted her to be.

But not all developers. Toby Gard, the graphic artist and mastermind behind her design, didn’t want Lara to be just a Barbie rendered into a video game. Instead, he hoped to showcase Lara as a strong woman character, and was vehemently against her being used as a sex object. He expressed his desire for Lara to be sexy “only because of her power,” not because she wasn’t wearing any clothes. Unfortunately, the marketing team had other plans.

Still catering to their target demographic of men, Lara was originally marketed almost entirely on her sex appeal. Despite some effort by the studio to present Lara in the way they intended to—a badass action hero—sex always sells. Ultimately, the first Tomb Raider game advertised Lara as less of an awesome main protagonist and more of an answer to the male fantasy. Gard disagreed with the sexual marketing techniques used to promote Tomb Raider and left the company the following year, citing lack of creative control and concerns that Lara was being too “sexed” up.

Since her inception, Lara has been the center of a lot of discussion regarding the representation of women in gaming, as players, characters and creatives. While clearly being catered to the male gaze and perpetuating unrealistic ideas about how women should look and behave, there is merit to be found in Lara’s portrayal and presence alone. In 2005, longtime gamer and writer Kaiser Hwang stated in PlayStation Magazine that Lara “brought girl power to games.”

That seems to be a true statement. Yes, Lara’s original model was nothing short of questionable. However, since then, her chest size has gotten smaller and her waist larger. The 2013 reboot trilogy of Tomb Raider provided Lara with a myriad of outfits to choose from, many of which are various iterations of armor. Her default outfit, while still sleeveless (save for Shadow of the Tomb Raider, which takes place in a variety of chilly locations), now features real pants, instead of short shorts.

It’s true that Lara was created with male players as the target audience, but she still proved to consumers and developers that a feminine protagonist can be just as much of a hero as a man. While not solving the countless problems regarding sexism, racism and homophobia in the gaming community, Lara’s presence carved a spot for women into the gaming codex.

In a 2001 article, video game artist and educator Anne-Marie Schleiner said, “Violent, capable and sexy women like Lara Croft might be better role models for girls than the few games that have been targeted specifically at girls, such as Ms. Pacman [and] Barbie Fashion Designer.” Lara is all of those things, and that was a big deal for the time. Unlike the Princess Zeldas and Princess Peaches of the time, Lara saved herself—no men needed.

While Lara has more than earned her icon status, there’s another kick-ass woman protagonist who came onto the scene the same year but received decidedly less recognition. Jill Valentine made her appearance as one of two playable main characters in the first ever Resident Evil game in 1996. She’s a member of an elite police force who can hold her own just fine, thank you, and very rarely needs rescuing.

Part of what saved Jill from being accused of being catered to the male gaze is the fact that, well, she wasn’t–– at first, anyway. In the first game, Jill wears her police uniform, which is neither sexy nor revealing. Unlike Lara, she’s wearing pants.

Game director Shinji Mikami refused to sexualize Jill as part of his personal opposition to the objectification of women in video games. In an interview with the Guardian in 2014, he said, “I avoid that sort of obvious eroticism. I also don’t like female characters who are submissive to male characters, or to the situation they’re in … I write women characters who discover their independence as the game progresses, or who already know they are independent but have that tested against a series of challenges.”

And they certainly are tested. As a survival horror game, Resident Evil thrusts its main characters into horrific situations. Like Lara, Jill and the other women of Resident Evil navigate through devastating situations with confidence, wielding the same weapons as their male counterparts and employing whatever techniques they need to stay alive.

GamesRadar+ called Jill “perhaps the most sensible design of the [90s], being both tough and sexy.” In 2011, the Guiness Book of World Records placed her at 43rd on a list of the top 50 game characters of all time (Lara Croft was 7th). It’s likely due Jill’s initial lack of oversexualization that she didn’t make as many waves as Lara did, but she still managed to stand out as a great example of a woman protagonist.

Unfortunately, Mikami’s opposition to selling Jill’s sex appeal was not shared by other creatives involved with Resident Evil. Jill’s later appearances in the franchise not supervised by Mikami show her with significantly more revealing clothing. For example, in Resident Evil 3: Nemesis (1999), Jill is wearing a tube top and a skirt. The remake of the game, released in 2020, brought back the classic outfit as an alternative choice, though they changed the skirt to athletic shorts––likely because the 2020 version features more than a few shots of Jill crawling through tight spaces.

Despite the departure from Mikami’s original wish not to oversexualize Jill, the character has retained integrity over time. She’s still a force to be reckoned with, with or without an appropriate outfit, and she remains one of Resident Evil’s most beloved characters.

Lara Croft and Jill Valentine have vastly different pre-production stories and timelines, but they share one thing: they’re both badass women. More than that, they’re who we have to thank for the increase of playable main characters who are women in recent video games.

It was certainly slim pickings in 1996, but gamers have got a few more options today. There’s Ellie from The Last of Us, Chloe and Nadine from Uncharted, Aloy from Horizon Zero Dawn, Kassandra from Assassin’s Creed: Odyssey—and the list goes on. While it’s nice that more women protagonists have popped up over the years, game developers still have a long way to go.